Scares are decidedly in season.

Halloween is a special time of year for fans of candy, costumes — and creepy fiction. Whether your medium of choice is film, television or literature, it’s easy to find artistic works to send shivers down your spine.

(For example, your Dal News editor always returns each year to John Carpenter’s seminal Halloween: a lean, elemental film that appreciates the existential terror of knowing where evil lurks and being unable to stop it.)

To mark this most spooky of occasions, we went to some of our experts — faculty who teach courses that touch upon horror or the gothic in some capacity — and asked each of them to share their picks for their favourite Halloween-y works of fiction. 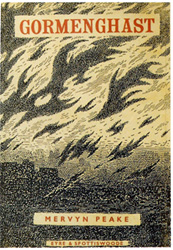 Eighteenth-century writers associated terror with not only fear but also awe, that sense of something bigger than ourselves, too big to understand or too big to control. From Maturin’s Melmoth the Wanderer (1820) and Peake’s Gormenghast trilogy (1946-1959) to FX’s American Horror Story (2011-present), my favourite gothic works play with this terror both in what they represent and in how they represent it. They challenge modern complacency about how much we know and understand, and resurrect curiosity, surprise and uncertainty. 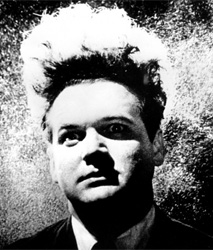 Teaches “The Cinema of David Lynch”

There is no better Halloween movie than David Lynch's Eraserhead because it terrifies through incomprehension rather than familiarity. Most horror films are little more than comfort blankets because they're so familiar and reliable: we all know the rules of slasher films; we all know that zombies symbolize the emptiness of contemporary consumer society; we all know that if a ghost comes back from the dead it's because there's something it didn't complete while it was alive. Everything is so logical that deep down we actually feel quite safe.

But in Eraserhead we don't know why the half-formed baby arrived; or why the lady is singing behind the radiator; or why the chickens are so vile; or why the tree weeps blood; or what the bit with the pencils means. We're just staring into the abyss of someone else's unfathomable dreams — and worst of all, deep down, something that we can't quite put our finger on feels horribly, horribly true. 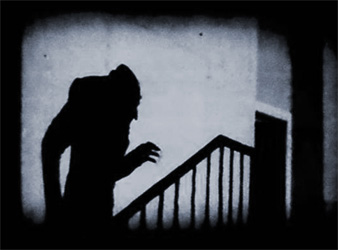 Nosferatu – A Symphony of Horror is a 1922 German silent film. It is directed by Friedrich Wilhelm Murnau and stars the aptly named Max Schreck (Schreck is German for "horror") as the vampire Count Orlok. It is generally considered the first horror film. However, unlike contemporary horror films, Nosferatu does not rely on special effects or fake blood to create horror. Instead, the realistic, semi-documentary fashion creates the haunting authenticity of a dream. As someone once said, the film really seems to believe in vampires — and, if you watch it, so will you. 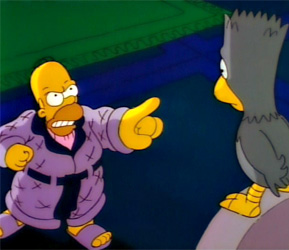 Teaches “The Vampire: Modernity and the Undead”

There are a lot of great spooky things in the literature and philosophy I tend to work with. For example, Baudelaire's “Hymn to Satan” is a fine way to celebrate the Dark Lord. But if you would like something that is creepy, fun and literary to play at a Halloween shindig, I recommend The Simpsons' excellent version of Poe's "The Raven." Like most Golden Age Simpsons literary gags, it's canonically correct. Caution: You will nevermore be able to read the poem without thinking of it in James Earl Jones' magnificent voice. 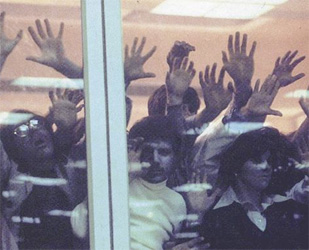 My "favourite" is hard to pin down, but I like those works that show us the mundane horror of daily existence: something like Romero's Dawn of the Dead (1978) that shows us the shuddering horror of the shopping mall, or the terrific short story by Octavia Butler called "Speech Sounds" that shows what happens when people stop listening to each others' stories and are unable to read books from the library anymore, and how that is the true beginning of the zombie apocalypse...

These types of gothic rely on what Freud called the "uncanny" or the "unhomelike": that feeling when you see something familiar in an unusual light and it's rendered horrible. The gothic can expose to us the horrors that we regularly ignore or see as normal or as something we just have to accept. That's why the recent Cabin in the Woods movie is so fantastic. It reminds us that we should really think about cheering for the monster; at least it tries to change things.

If you’re interested in exploring gothic and horror fiction in more detail, Julia Wright and Jason Haslam are teaming up with MSVU’s Karen MacFarlane for two upcoming events: a free English Department Speaker Series lecture on Friday, November 1 titled “Life’s a Scream: American Horror Stories” (3:45-5 p.m., McCain 1193); and a panel discussion at the Hal-Con Sci-Fi, Fantasy and Comic Convention on Friday, November 8 on “Creature Feature: The Meaning of Monsters.” (See full details at the Hal-Con website.)

Also, look for Dal News’ coverage of the 2013 Varma Prize in Gothic Fiction next week!