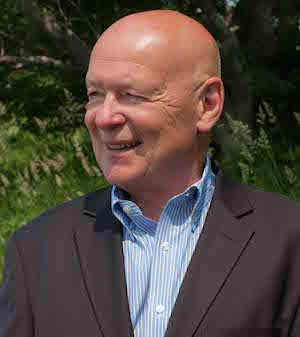 “This will be my fifth time retiring,” Moody says, laughing. “My wife, Janet, has been very patient.”

Moody’s career in public administration spans multiple provinces and sectors. “I first met Bob in 1988, when I was executive director of the Nova Scotia Royal Commission on Health Care, and he was a rising star in the Government of Nova Scotia who had recently set up the new Home Care program,” says Dr. Martine Durier-Copp, director of the Centre for Advanced Management Education. “I watched Bob’s meteoric rise in this province, then saw him transformed by his experience in the North, as Deputy Minister of Education in the Government of Nunavut. He has always been committed, compassionate, creative and focused on making professional public administration education accessible to all.”

The evolution of SPA under Moody's leadership is a testament to this passion for accessibility. The School Bob is leaving behind this month is much more diverse than his alma mater of the 1970s. Significant gains have been made in international student recruitment, and in Indigenous public service, including dedicated curriculum, faculty and contracts.

Moody fondly remembers the fall 2014 convocation address given by the Honourable Paul Martin where he challenged graduates and faculty to do something positive to reverse the plight of Indigenous peoples. The former prime minister’s words still resonate with Moody 3 years later. “Personally, I feel very strongly about this issue. Our education and health care systems have failed the Indigenous peoples. Martin’s words added fuel to the fire.”

The theme for the 2018 Atlantic Conference on Public Administration (a student-run event) is Stronger Together: Indigenous Reconciliation and Sustainable Growth in Atlantic Canada.

A lot of effort is made to ensure all public administration students feel like family. Moody and his wife host an annual orientation week barbeque at their lakeside home, welcoming incoming students, student leaders, faculty and staff for an afternoon of swimming and socializing. Moody also meets with each new student at the beginning of the year to discuss their transition. He beams when describing a recent meeting with a student from Africa, who said that he “became liberated” by coming to the SPA. The student appreciated being made to feel equal to everyone, even the director. Moody is clearly proud of the camaraderie and diversity at the School: “It’s important that we break down barriers. Different experiences enrich the environment for everyone, inside and outside the classroom. The public service needs to reflect the public it serves.”

These accomplishments have manifested themselves under Moody's leadership, but he insists each one is a group effort. Every milestone is the result of strong teamwork by people at every level within the School.

“It has been such a pleasure working with Bob,” says Dr. Durier-Copp. “I have been inspired by how deeply he cares about our MPA and MPAM students, his commitment to high quality in our offerings and his entrepreneurial nature as we explored new opportunities.”

Although he looks forward to spending more time with his family, including four (soon to be five) grandchildren, he will miss being in the classroom. “That has been very rewarding,” he says. “Every one of our students is very bright, very inquisitive. It is good to be challenged! The time I spent teaching and learning from them will always be very special to me.” 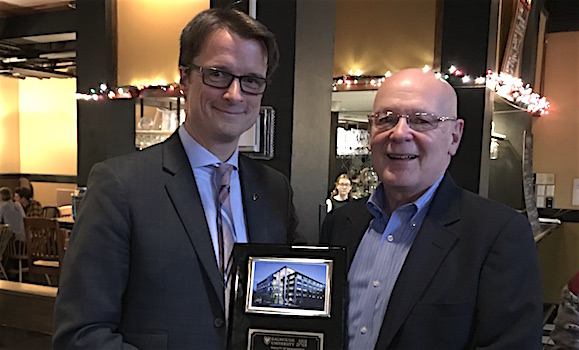