Posted by Nicole Maunsell on December 6, 2019 in Students 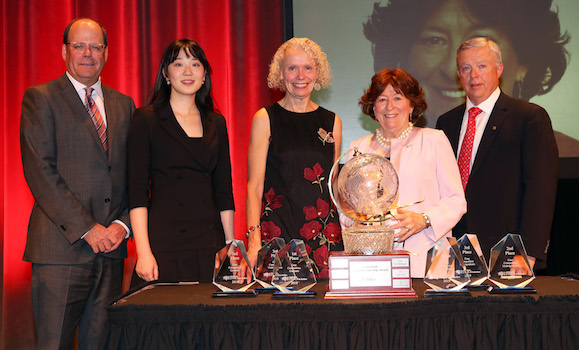 Students from across Canada participated in the 2019 Scotiabank Ethics in Action Case Competition at Dalhousie November 22 and 23, which saw the John Molson School of Business from Concordia win at the undergraduate level and the Desautels Faculty of Management from McGill win at the graduate level.

Students made two presentations to a group of judges from the academic and business community on cases exploring an ethical business dilemma. For Friday's session, students had 10 days of deep case analysis and preparation. On Saturday, students were given only three hours in isolation with no internet access before presenting their solution. 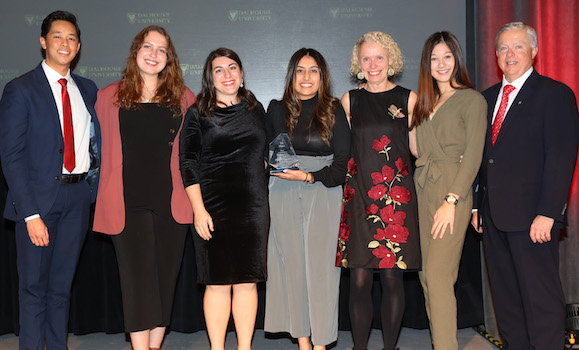 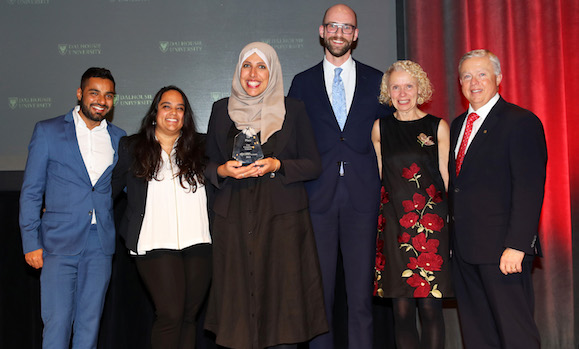 Celebrating a leader with drive and purpose

The closing gala on November 23 was attended by students, alumni and community members.  Scotiabank and Dalhousie presented the 7th Annual Scotiabank Ethical Leadership Award to the The Honourable Louise Arbour, CC, GOQ, former UN High Commissioner for Human Rights and former Justice of the Supreme Court of Canada.

In her acceptance speech, Arbour noted that while she appreciates the many accolades she has received, she believes that “the credit should have been shared much more broadly.” She directed most of her remarks towards students, acknowledging the huge challenges ahead of them, but expressing her confidence that she can “get out of the way” and look to them. She gave advice on finding clarity and courage in issues that are not clear-cut. “The whole world is not a conflict between good and bad,” she said. “Most of the time, it’s a conflict between good and good or bad and bad... The critical thing is to ask the right questions. Think of the world as a big game of Jeopardy.”

About Ethics in Action

Dalhousie’s Faculty of Management established Ethics in Action in 2013 with a $1.5 million donation from Scotiabank. The student-led program is aimed at engaging business students and the Canadian business community in shaping ethical business leadership.

The Scotiabank Ethical Leadership Award recognizes ethical leaders from across Canada who, through their actions and decisions, have demonstrated character, courage and adherence to ethical principles. Leaders from any sector, including public, private or not-for-profit, are eligible to be nominated. The winners serve as an inspiration to other practitioners and to today’s students. Past recipients are Sir Graham Day/Phil Fontaine (joint), Richard Pound, Irwin Cotler, Anna Tudela, the Honourable Justice Rosalie Silberman Abella and Lieutenant-General (Ret’d) Roméo A. Dallaire.