Posted by Erin Elaine Casey on October 1, 2019 in News 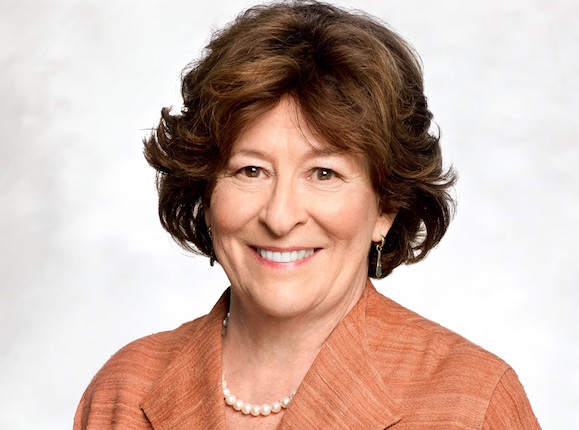 “I want young people to know that I’m extremely confident in them.”

The Dalhousie Faculty of Management is delighted to honour The Hon. Louise Arbour, CC, GOQ, former UN High Commissioner for Human Rights and former Justice of the Supreme Court of Canada, with the 2019 Scotiabank Ethical Leadership Award. Each year, the award is presented to a Canadian who has demonstrated exceptional character, moral courage and commitment to ethical principles.

Louise Arbour was born in Montréal in 1947 and earned a law degree from the Université de Montréal. Her career took her from a law clerkship for a Supreme Court justice to a professorship at Osgoode Hall Law School. In 1987, she was appointed to the Supreme Court of Ontario, and in 1989 to the Ontario Court of Appeal.

“What became very clear to me when I went to law school is I found my home,” explains Mme. Arbour. “I was attracted to criminal law, and then to all aspects of public law as it interfaced with democracy and social equality and all kinds of things. That’s what I think has driven me to run toward things that others might run away from.”

From 1996 to 1999, Mme. Arbour was chief prosecutor for two international criminal tribunals. The tribunal for the former Yugoslavia resulted in the first-ever indictment for war crimes of a sitting head of state (Serbian president Slobodan Milošević), and the tribunal for Rwanda in the world’s first conviction for genocide since 1948.

For the next five years, Arbour sat on the Supreme Court of Canada. She returned to the UN as High Commissioner for Human Rights in 2004, then spent five years as president of the International Crisis Group. In December 2018, she finished a 22-month term as Special Representative of the United Nations Secretary-General for International Migration, where she guided the adoption of the Global Compact for Safe, Orderly and Regular Migration (GCM).

Mme. Arbour will speak to Management students, faculty and the public at the Ethics in Action Gala on November 23.

Peggy Cunningham is Professor and R.A. Jodrey Chair in Commerce at the Rowe School of Business. She chairs the award’s selection committee, composed of students, faculty and a representative from Scotiabank. “Student voices are primary in the decision process,” she explains. “From the first when she was called to the bar, Mme. Arbour has taken on controversial and difficult issues. It’s not popularity that drives her, but deep moral conviction. It says a lot about her as a person that she would give her time to come and interact with young people here.”

Student committee member Nivashini Sabeshan just graduated with an MBA and took part in Ethics in Action case competitions in 2017 and 2018. “It’s important to celebrate the impact Mme. Arbour has made, not just in Canada but worldwide,” she says. “A lot of people ask themselves, ‘What difference can I make?’ But all the people who’ve received this award are people like us—and look at what they’ve been able to accomplish! It’s so inspiring to us as young adults. If one person can make such an impact, what could we do together?”

Mme. Arbour has received at least 40 honorary doctorates and many international prizes, but the Ethics in Action award feels special. “It means a huge amount because I started my career as a law teacher. I want young people to know that I’m extremely confident in them and their capacities. Hard as the challenges are around issues like climate change—and a lot of it is profoundly distressing and depressing—but in all the dark and gloomy things I’ve done, the friendships I’ve developed with like-minded and committed people have been so exhilarating. The rewards are vastly positively disproportionate to the work involved.”

Mme. Arbour’s most important message to students? “They have a lot of choices, and there are a lot of people in this world with zero choices. Don’t turn your choices into a liability because you’re lost. Just go! If you make a mistake, you can go back. As Yogi Berra used to say: If there’s a fork in the road, take it!”

The public is invited to the award presentation at the Ethics in Action Gala at the Canadian Museum of Immigration at Pier 21 in Halifax on November 23. Tickets can be purchased at dal.ca/ethicsinaction.