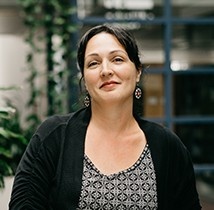 I hail from the Listuguj Mi’gmaq First Nation located on the Gaspé Coast of Quebec, known as the Gespegewagi district of Mi’kma’ki. I speak English, French and am becoming fluent Mi’gmaq (I have been taking weekly lessons since May 2018). After nearly 10 years of a very rewarding practice in Aboriginal law, I decided to make the move to academia to continue my work for First Nations in a different way — through teaching, writing, and speaking about the issues facing Indigenous peoples in Canada and how the law can be a tool for reconciliation and improving the lives of Indigenous peoples.

Above all, I am interested in how the law can be harnessed to promote the well-being and self-determination of Indigenous peoples in Canada. I approach this issue from multiple angles, from constitutional to administrative law, international law to equality law and human rights codes, to Indigenous law defined broadly to include both the laws of Indigenous peoples based in inherent jurisdiction or deriving from jurisdiction delegated or recognized under Canadian laws. Although some advances have been made since the recognition of Aboriginal and Treaty rights in s. 35 of the Constitution Act in 1982, there is still much work to be done.

Indigenous peoples in Canada remain at the bottom of virtually every socio-economic statistic in this country and continue to face discrimination and systemic racism on a regular basis. As legal practitioners and scholars who are concerned about the situation of Indigenous peoples in this country, we have the responsibility to think about the problems facing Indigenous groups in Canada in innovative ways and to convey our ideas in ways that are accessible to the communities they are intended to serve.