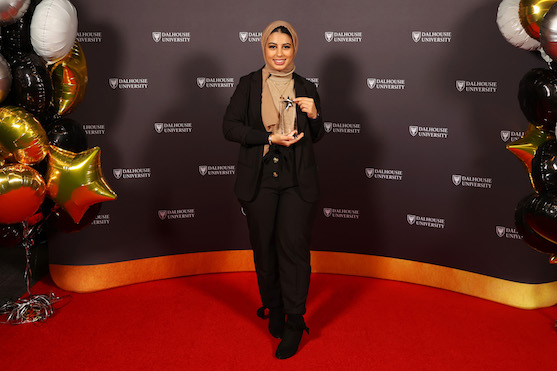 Heba Al-Ameri says that it is “just wonderful” to win the Impact Award for the Faculty of Dentistry this year. “My mom was really happy, too.”

Heba’s mother also had an impact on her choice of profession.  “I’ve always been interested in teeth,” says Heba, “but my mother would often comment on someone’s beautiful smile and how straight their teeth were.”

Shaped by her early life
The Impact Award recognizes students for their academic excellence and their achievements outside of the classroom. For Heba, life inside and outside the classroom are closely linked. Her volunteer activities revolve around dentistry and health care, particularly for underserved populations.

Her concern for these populations is partly shaped by her own early life. Heba’s family is from Yemen, a country that has been in the throes of civil war for several years. They moved to Saudi Arabia, where Heba was born, but where citizenship is not possible. When Heba was 17 and had finished high school, the family moved to Bedford. 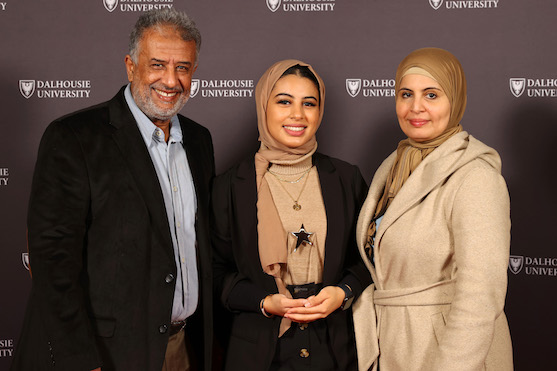 Heba with her proud parents

On Monday evenings, Heba can be found in the Faculty’s Government Assisted Populations (GAP) Clinic where both dental hygiene and dentistry students provide care to new immigrants and refugees.

Now the volunteer coordinator for the GAP clinic, Heba initially began as a volunteer Arabic interpreter during her undergrad degree in medical sciences.

“It was perfect because I could see firsthand the students at work and get a taste for the profession I was interested in,” says Heba.

Building connections
As the volunteer coordinator, Heba schedules the students with patients, striving to match them according to language to ease the burden on the language interpreters. She also steps in to translate when needed. She takes pride in welcoming people and making them feel comfortable.

“I know how hard it is to go somewhere and not understand what is happening,” she says. “Nothing is familiar. So I try to build a connection, even if it’s just saying hi at each clinic. And I always stress that the translations must be accurate. Patients deserve to understand every single thing that’s going to happen during their treatment.

Outside the Dentistry Building, Heba volunteers with an NSHA outreach program to provide door-to-door COVID-19 testing. She has visited public housing apartments, shelters, hotels, and drop-in spaces to carry out testing, often taking the time to chat with people. Her skill and ease with people were noticed and her volunteering has turned into a part-time job.

“Not everybody is comfortable in that situation,” she says, “but I am in my comfort zone. I just feel that everybody deserves access to care, regardless of where they are and what condition they are in. It shouldn’t matter where you are conducting the COVID tests so long as every person there is getting a test.”

Heba is looking forward to taking the public health elective in her fourth year of studies, which will give her hands-on experience with the populations she wants to help. She is also excited about getting her Canadian citizenship soon, graduating next year, and finding a job in Halifax. “This is home now.” 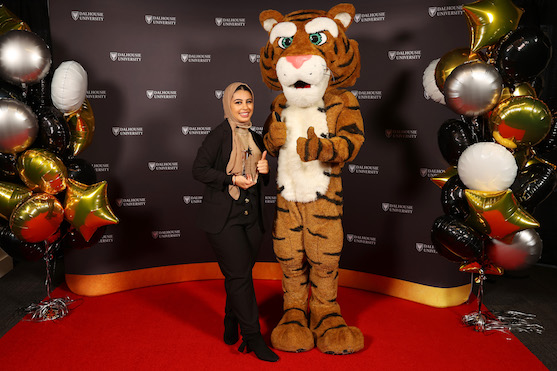