Just over a month after assuming office, Nova Scotia’s new premier Iain Rankin was at Dalhousie on Monday (March 30) to talk tech.

Premier Rankin spent the morning touring the lab of Tesla Canada Research Chair Jeff Dahn and his team, getting an up-close look at the lab’s groundbreaking work on lithium-ion batteries.

The Premier also meet with Dal President Deep Saini and took time to speak to a small group of reporters about the government’s recent announcement of $16.8 million in funding to support computer science education in the province.

“This is a very important announcement, the bulk of it going to Dalhousie University,” said Premier Rankin, referring to $13.3 million that will support Dal’s Faculty of Computer Science in expanding its capacities to provide technology education and grow local tech talent in Nova Scotia.

Premier Rankin said the funding will, “help grow the program [at Dalhousie], grow the faculty teaching here, attract stars from all over the world and really help to look at the labour force — which is one of the most important factors driving high-tech companies like IBM or others to our province.”

Below are some photos of the premier’s visit, provided by Communications Nova Scotia. 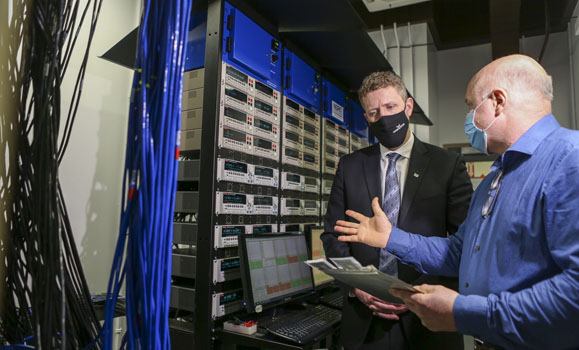 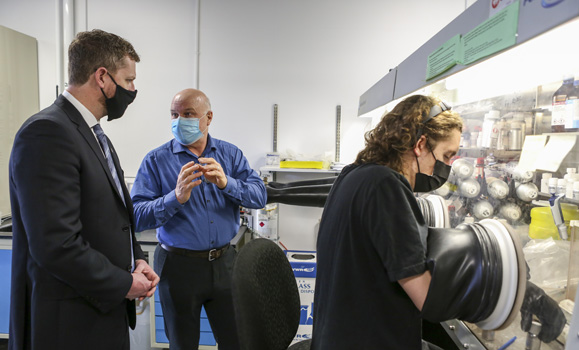 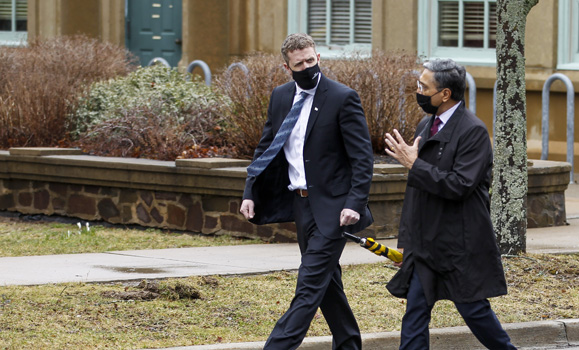 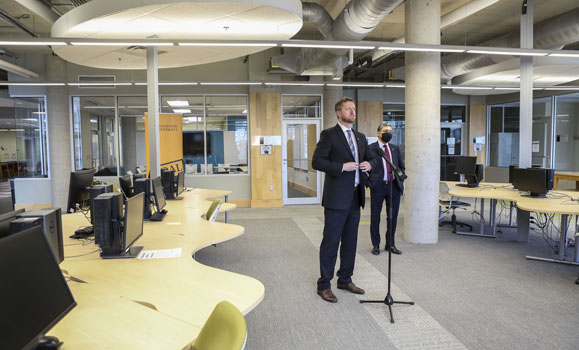