Dalhousie's thousands of new graduates this spring — the class of Dal's 200th anniversary year — will be joined by eight outstanding individuals whose achievements are being recognized with an honorary degree, including Computer Science alum Dr. Peter William O'Hearn.

Dr. O'Hearn whill receive his honorary degree at the convocation ceremony taking place on Saturday June 2nd at 9:00am. 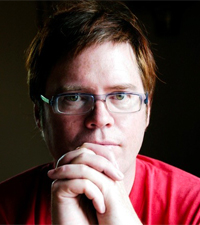 Innovation has been and continues to be the hallmark of Dr. Peter William O’Hearn’s academic career. His research in the areas of programming languages and mathematical logic led to the invention of Separation Logic, and more recently Concurrent Separation Logic—theories that underlie programs to automatically check other software for errors and have opened up entire fields of research. He has also been a leader in putting theory into practice: his software analysis tool, Infer, has been used to improve and find errors in software used by companies such as Facebook, Amazon and Uber. In 2009, he co-founded software development company Monoidics Ltd., which developed the Infer Static Analyzer and was later acquired by Facebook. Staying on as a manager engineering, in 2015 Dr. O’Hearn and his team made Infer open source software free to developers everywhere.

Dr. O’Hearn, who grew up in Halifax County, earned his Bachelor of Science at Dalhousie and has a Master of Science and PhD degrees from Queens University. He began his teaching career in 1991 at Syracuse University, later moving on to positions at Queen Mary University of London and University College London, where he teaches today. Dr. O’Hearn was awarded the 2012 Royal Academy of Engineering/Microsoft Research Chair. In 2016, he received the Computer Aided Verification Conference Award and the Gödel Prize (both for the invention of Concurrent Separation Logic), and was elected a Fellow of the Royal Academy of Engineering. This is Dr. O’Hearn’s first honorary degree.

Find out more about the other Spring 2018 honorary degree recipients.