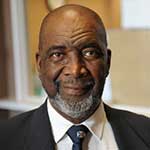 When Burnley Allan “Rocky” Jones (1941-2013) died of a heart attack in 2013, there was a massive outpouring of love and admiration across Canada for the long-time human rights champion.

But he was remembered particularly fondly in his home province of Nova Scotia, where he spent the bulk of his adult life breaking down racial and economic barriers for Black and Indigenous peoples as an activist, educator and, later, lawyer.

Truro-born Jones, who most referred to as Rocky (a nickname he’d given himself shortly after he joined the army as a teenager), came of political age in the mid-1960s, inspired by the civil rights struggles in the United States and eager to challenge systemic segregation and racial discrimination in his home province. He co-founded the Black United Front of Nova Scotia and the National Black Coalition of Canada and helped set up Kwacha House, an inner-city community space in Halifax to discuss race-related challenges.

A skilful orator with an ability to motivate people with his impassioned speeches, Jones was often compared early on to Stokely Carmichael, one of the charismatic leaders of the U.S. Black Power movement. Media outlets called him “Rocky the Revolutionary” and the RCMP tracked Jones and his wife for more than a decade during the 1960s and 1970s due to their connections with Carmichael and others in the Black Panther party.

But regardless of how “revolutionary” Jones was considered, few could doubt his principled passion for change. In 1970, while studying as an undergrad at Dalhousie, Jones helped create the Transition Year Program aimed at improving access to the university for Black and Indigenous youth. Many of the more than 1,000 students who have graduated from the program — in which Jones taught and mentored for a decade — have since have gone on to be prominent leaders in their communities.

In the 1980s, Jones served as a community consultant on a government-led inquiry into the wrongful conviction of Donald Marshall Jr., a Mi’kmaq man who spent more than a decade in prison for a murder he didn’t commit. The case convinced Jones that one of the best ways to create a fairer criminal justice system was by increasing representation from Black and Indigenous communities in the legal profession. And, in 1989, he helped create the Indigenous Blacks and Mi’kmaq Initiative at the Dalhousie Law School — a program that has not only graduated more than 150 students since its inception, but has become  a model across North America for access to legal education and the legal profession.

Jones himself became one of the IB&M initiative’s first students, gradating in 1992. He worked as a lawyer for Dalhousie Legal Aid for several years before opening his own firm, where he focused largely on cases impacting African Nova Scotian and Indigenous communities and on prisoners’ rights.  He remained deeply involved in civil rights discussions in Nova Scotia right up until his death.

“He was always encouraging people to be the best that they could be and wanting to see people advance,” said Rev. Rhonda Britton of Cornwallis Street Baptist Church, a close collaborator with Jones on projects focused on African Nova Scotian youth. “Not just Black people — all people.”