From the ground up: How heat recycling could help keep Nova Scotians warmer each winter

In a climate like Canada’s, there’s no way around it — we need heat. However, in Nova Scotia, around half of all electricity is still generated by burning coal, making environmentally friendly space heating a difficult task.

New research suggests that a more sustainable alternative heating source could being lying right beneath our feet. 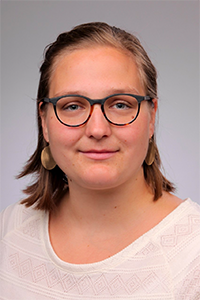 The study, published by a group of researchers from Dal, the Karlsruhe Institute of Technology and the Martin Luther University Halle-Wittenberg in Germany, found that there was underground heat in 50 per cent of the sites they studied. Using currently available technology, that heat can be harnessed from below the surface and repurposed for space heating.

“Our soil isn't just dry — there is groundwater, and this groundwater is flowing,” says Dr. Benz. “Not like an underground river, but like wet sand that has this water flowing through it. We can pump this water out.”

Once pumped out, the water can be put into a heat pump. “Heat recycling is carbon free,” she says.

However, the heat pump still requires some electricity. “You still need some fossil fuels to be burned for that. But it is less than if you heat directly with oil. So it is reducing the impact of climate change,” says Dr. Benz.

While heat recycling is not a common heat source in Canada, Dr. Benz says it’s common in parts of Europe, like the Netherlands.

Increased urbanization in recent years, combined with the heating effects of climate change, have led to a readily available store of underground heat.

“The heat is where the people are,” says Dr. Benz, meaning that most cities and suburban areas contain enough subsurface heat to provide at least some level of heat recycling. As temperatures increase due to climate change, the study found that between 73 and 99 per cent of the research locations will be able to fulfil their heating needs with heat recycling.

“It doesn’t even have to be a big city. Halifax is more than big enough. The chances are very, very, very high that you have enough heat under your house,” says Dr. Benz.

Dr. Benz says that she hopes this study helps policy makers reframe how they think about heat and consider it a resource. She believes that heat recycling has long been ignored as a cost effective and greener way to reduce heat consumption.

“If you have an empty water bottle you don't just throw it out of the window. Why are we doing it with heat? It’s a resource and we should recycle it.”