Dalhousie received a top 200 global ranking in the subject area of Life Sciences & Medicine and placed in the top 150 for the individual subjects of Petroleum Engineering, Geophysics, Geology, and Earth & Marine Sciences in the 2022 Quacquarelli Symonds (QS) World University Rankings by Subject.

From a national perspective, Dalhousie tied for third in Canada for Petroleum Engineering and fifth for Earth & Marine Sciences and Geophysics. Also ranked as top ten in the country were Geology, Pharmacy & Pharmacology, Biological Sciences, Law, Agriculture & Forestry, Environmental Sciences, and Medicine.

For the QS Rankings by Subject, scores are calculated per subject area using the results from the annual QS Academic Reputation and Employer Reputation Surveys combined with data from Elsevier and Scopus to determine the average number of citations per paper and the h-index, which measures the impact and quality of published works. 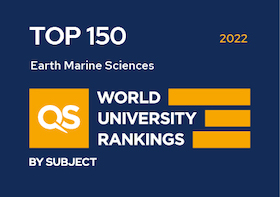 Of the numerous global ranking bodies, Quacquerelli Symonds (QS) is one of the three main organizations Dalhousie chooses to engage with. The university also participates in the Academic Ranking of World Universities (ARWU) from ShanghaiRanking and Times Higher Education World University Rankings (THE WUR).