The Halifax International Security Forum held its annual Public Panel at Dalhousie University in partnership with Saint Mary’s University on November 18, the precursor to one of the world’s preeminent security forums.

The forum, founded in 2009 and based out of Washington D.C., brings high level thinkers, policy makers and government officials from around the world to Halifax each year for a weekend-long event that grapples with the key security issues of the day.

Back in person on Dal’s Halifax campus after an online conference last year, the Halifax International Forum held the panel in the Student Union Building.

“Perhaps we can focus on hope this evening, rather than despair,” said Faculty of Arts and Social Sciences Acting Dean Jure Gantar as he introduced this year’s theme: The World After COVID? What’s Next?

Much of the discussion, which was moderated by Halifax International Security Forum’s Vice President Robin Shepherd, focused on topics surrounding China and global cooperation. 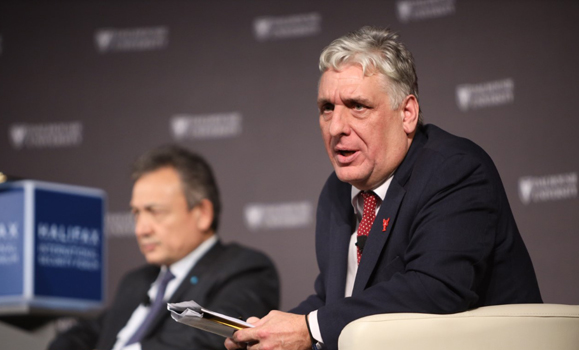 A key component of this year’s forum is the Stand Together on China campaign, a social media drive to raise awareness of the oppression of Uyghurs. Attendees were given an opportunity to record a video demanding action on subjugation of the ethnic group.

Isa says that although international organizations estimate there is around one million Uyghurs in forced labor camps, he says that three million is a more accurate figure.

He also believes that the actual state of the pandemic among the Uyghur population is unknown as he questions the reliability of Chinese data and lack of information coming from Uyghur Autonomous Region.

“I personally have lost contact,” says Isa. Since 2017, he has been unable to reach his family in China. 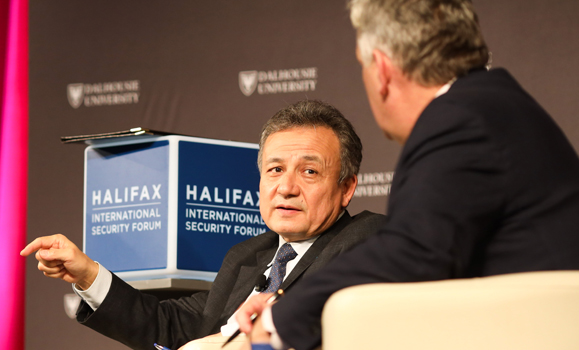 Consensus and the common good

The conversation then moved to addressing what to do not only about the state of the Uyghurs in China, but also key areas of economic and political uncertainty, with respect to China and the rest of the globe.

“A lot of our institutions that were framed in the post-World War era, were really designed to manage the cold war to come,” said Majumdar. “Now it seems that all of those institutions, those arrangements … are apocalyptically on fire” 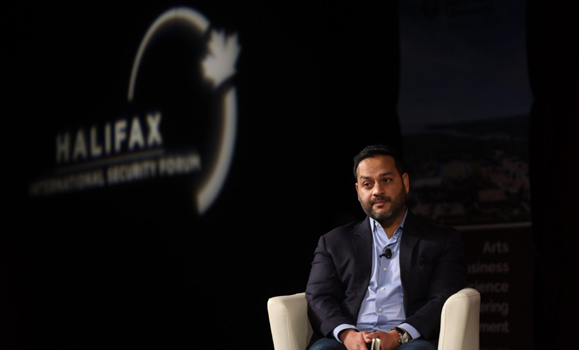 “The global order will not survive if we’re not able to get together,” said Sembene. He noted it is critical for nations to come together and work to find a consensus of issues regarding the common good, like global health security and improving supply chain resilience.

Despite the daunting nature of these problems, panelists also posed solutions to addressing them, including the importance of citizens pressing their governments on the issues and fixing institutions like the United Nations.

The panel concluded with a question posed by an audience member, a journalism student at Dal: What will the role of the journalism be as the new future develops?

“One of the key enemies of corruption is transparency,” says Sembene. “If you are not able to have rigorous investigative journalism you are leaving the population at the hands of those who are creating this [disinformation].”

Students from Dal and SMU play a key role at the Halifax International Security Forum, volunteering to help the weekend run smoothly. 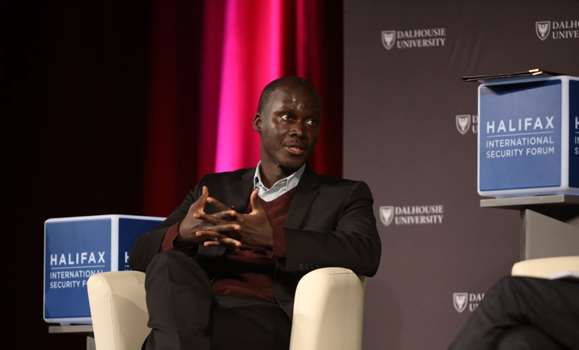 You can watch the full panel below: