Ask an expert: Kiran Banerjee on what the Taliban’s takeover means for Afghanistan and the global community

In part two, we asked Kiran Banerjee, an assistant professor in the Department of Political Science and a Canada Research Chair, to explain what the Taliban’s return will mean for Afghan citizens and the international community.

Part one: Kiran Banerjee on the rise of the Taliban and its brisk power grab in Afghanistan

What will this mean for the citizens of Afghanistan, particularly women and girls? 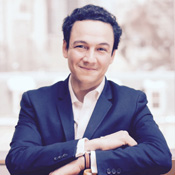 The current situation represents an incredible tragedy for the Afghan people. The citizens of Afghanistan have suffered two decades of conflict and near constant violence, only to witness the return of Taliban control.

The previous Taliban regime was notorious for repression and widespread human rights violations against the Afghan population. Today, many of those who supported the U.S.-backed government face violent reprisals, while the country’s minority groups are likely to witness a return to the oppressive measures that characterized the Taliban’s earlier rule. The Taliban’s unchanged ideological commitment to enforcing a strict interpretation of Sharia law over the entire country has raised urgent concerns about the treatment of women under the new regime; indeed, the prior Islamic Emirate of Afghanistan was infamous for its policies forbidding the education of women and girls, as well as for sanctioning widespread gender-based violence.

The new Taliban government appears to be somewhat attuned to the perceptions of the international community. It has attempted to cultivate a more moderate image by declaring an amnesty for supporters of the previous regime, while announcing that it will allow women to work, access education and participate in government. Many experts have expressed considerable skepticism about these claims.

What are the international implications for the Taliban’s return to power?

The Taliban’s rapid ascent represents a remarkable setback for the United States and its western allies.

The ongoing American withdrawal from the county has been widely seen as being poorly conceived and mismanaged. Even leaving aside the apparent lack of planning to address the plight of Afghans now at risk for assisting American forces, the US appears to be scrambling to secure the evacuation of its own nationals.

This also has important implications for America’s western allies, particularly NATO member states that played a central role in the initial invasion of Afghanistan and in supporting the U.S.-backed government. The perception of the U.S. making a unilateral decision to leave the country has created significant strains with traditional NATO allies. Combined with the perception that what began as a NATO mission ultimately failed may well undermine or fragment the alliance.

How would you describe the humanitarian situation in the country?

The humanitarian situation in Afghanistan is already grim and getting worse. The country has witnessed nearly 40 years of almost uninterrupted violence, which has taken an enormous toll on the population.

The World Bank notes that from between 2014 and 2019, civilian casualties exceeded 10,000 per year. Brown University’s The Costs of War Project has estimated that nearly 150,000 Afghans have been killed from 2001 to 2019, with these figures excluding indirect deaths related to warfare. Neither of these sets of figures reflect the impact of the past two years of intensified conflict, nor do they fully capture the human tragedy that Afghanistan’s people have endured.

Beyond the loss of lives, contemporary Afghanistan remains one of the world’s poorest countries and was heavily dependent on foreign aid. Even while receiving significant international assistance, many Afghans continued to live in poverty and lacked access education or basic services, such as clean drinking water.

In the immediate term it seems likely that the situation will only worsen. UN agencies have already warned of an emerging crisis with projected food shortages. The U.S. has frozen the former government’s financial assets and the IMF has suspended the country’s Special Drawing Rights, which would impact negatively on the country’s economy. The Afghan economy under the prior government remained reliant on international assistance, which is likely to diminish or disappear. This may prove devastating for Afghans.

The disruptions facing humanitarian organizations have only exacerbated the situation and impeded their ability to offer assistance. Many UN organizations have significantly reduced their staff in Afghanistan and it may be years before these agencies can re-establish anything resembling their former presence. Even then, humanitarian actors are likely to find their scope of operations significantly constrained by the Taliban.

Do you think the international community will be able to resettle people who want to leave the country?

This remains an open question. The focus for the moment appears to be on the evacuation of foreigners, with the United States going to great lengths to secure the safe passage of Americans.

Securing the resettlement of Afghans who helped U.S. and other NATO-allied forces is imperative, especially in light of emerging reports of Taliban reprisals. A failure to do so has been characterized as nothing less than a betrayal of individuals who offered integral support. Political leaders have largely endorsed such measures, but it is not yet clear what this amounts to. Many countries have been ambiguous about the level of resettlement support they are willing to provide. Most striking have been reports of American efforts to negotiate temporary refuge opportunities for Afghans who supported U.S. operations to third countries, such as Albania, Tajikistan and Qatar. Commitments by European Union states have been less clear, with key NATO allies offering little by way of concrete numbers thus far. Even countries such as Canada, which announced its commitment to resettle 20,000 Afghans, have made further statements that have made it less clear how and when this will take place.

A number of EU states have expressed concerns about the potential arrival of asylum seekers, with political leaders in both Germany and France making clear that they do not wish to see a repeat of 2015. Afghanistan’s neighbours have also taken a hard stance on receiving refugees. This is concerning as it suggests that even states that have been directly implicated in the 20-year conflict may not welcome those seeking protection.

Those genuinely in need of refuge will certainly far exceed the limits of even the most generous commitments made to aid Afghan nationals who supported NATO forces. If history provides any guidance, the Taliban regime will likely be hard on religious minorities, such as the Shiite Hazaras, as well as Afghan Hindus and Sikhs. This means the resettlement needs of those at risk of violence and persecution may prove considerable.