Fish feed hundreds of millions of people. This researcher hopes to create a better blueprint for conservation

A new discovery by a team including Dal researcher Matthew McLean may help more accurately predict how future climate warming will impact fish communities around the world. (Provided images)

Growing up in Wisconsin surrounded by lakes and rivers, Matthew McLean has always been fascinated by aquatic life. After seeing the beauty of coral reefs firsthand and witnessing their decline, he became passionate about both studying and protecting them. His work has allowed him to study reefs and other marine ecosystems around the world, and to work closely with local communities on conservation initiatives.

Dr. McLean’s most recent study, published in Proceedings of the National Academy of Sciences, was prompted after learning more about the important links between the environment and traits — both physical and behavioural — that certain species have in the aquatic world.

He thought to himself that if trait-environment relationships are consistent for reef fish around the world, it could possibly improve the ability to manage and conserve coral reef ecosystems. He then set out to discover whether the link between the environment and reef fish traits was similar even in separate parts of the world with different species.

“Understanding how environmental changes impact fish communities is critical for ensuring food and livelihood security anywhere that people rely on fish,” says McLean, who is a postdoctoral fellow in the Department of Biology in the Faculty of Science. “Reef fish in particular are a primary source of food and income for hundreds of millions of people.”

They studied fish communities by looking at the different traits – their body sizes, behaviors, habitats, and diets — that fish have and then comparing those to traits found in other fish communities around the world, from Norway to Southern Chile. 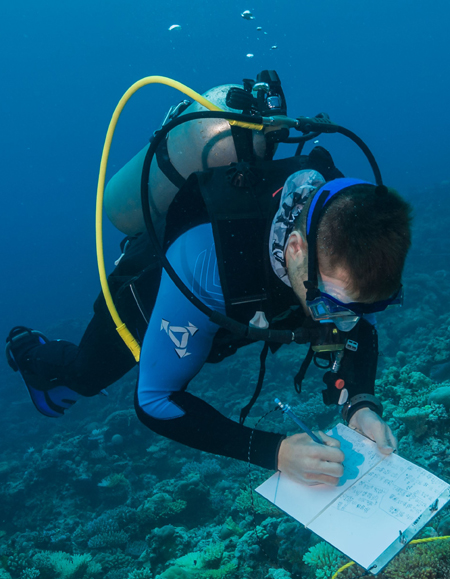 “We found that when different regions had similar environments — things like temperatures and levels of nutrients — fish had similar traits, even though the species were different and not closely related. We also found that some groups of fish traits exist in all oceans around the world, no matter the environment,” he says.

This discovery shows what types of fish are present given a set of environmental conditions, which means they can more accurately predict how future climate warming will impact fish communities around the world. It also means that the same conservation strategies could be used in separate parts of the world.

“These findings will also improve our understanding of reef fish communities and how to better protect them,” he says.

“We now have a new blueprint for how fish communities can be expected to change in the future. This will help us improve fish conservation by sharing successful strategies among regions, particularly where scientific research capacity is limited. For instance, if we can identify ways to improve reef fish health (e.g., fisheries policies or marine reserves) in a well-studied area like Australia, similar methods are likely to work in parts of Africa or the Caribbean where fish have similar traits”

Future studies are now needed to identify how changes in fish traits within a community impact the overall health and resilience of an ecosystem. Future work is also be needed to develop conservation policies that directly consider fish traits and how they are affected by both environmental and human impacts.

“Our next effort will be to measure the relationships between fish traits and environmental conditions to model how fish communities might change under different future scenarios,” he finishes.