3D BioFibR focuses on the production of biofibre that has the type of quality and scale that is not achievable with current manufacturing methods. (Provided images)

As a kid, Karan Chowdhry liked to ask “why?”

“My parents never brushed it off,” says Chowdhry. “I think that’s really where it started from — a curiosity of things, and my curiosity for research.” 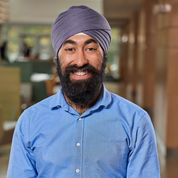 That same passion for understanding things has translated into developing a technology that can solve a lot of real-world problems. Chowdhry (pictured left) is one of the founders of 3D BioFibR, a Dal spin-out company focused on the production of biofibre that has the type of quality and scale that is not achievable with current manufacturing methods.

From lab to market

It was after completing an undergraduate degree in physics at McMaster University that Karan decided to come to Dalhousie and pursue a master’s degree.

“I was really interested in the translational science problem, so I really wanted to work on a project that had a real-world application that wasn’t ten steps away, but was only a few steps away,” says Chowdhry. “And that’s how I met Laurent Kreplak and John Frampton, who I started my degree with and spent two years doing a master’s, where we were working on a fibre manufacturing process.”

At the time, this was called contact drawing, which is a really simple way to make fibre.

“It’s similar to how you take glue between your fingers and extend it to make long threads,” says Chowdhry. “That’s the exact science we do. We take viscus solutions, put them between two objects, pull them away, and they form a thread that becomes a fibre.” 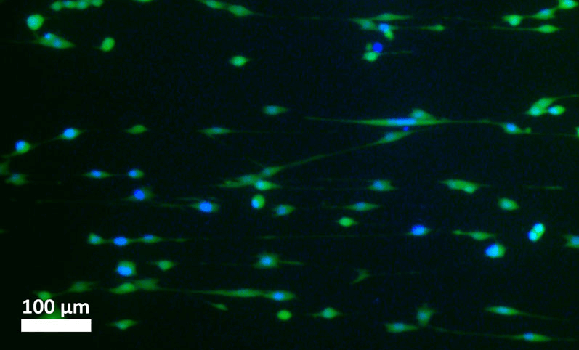 Dr. Frampton discovered that this same process also worked well with some polymers he was using that were bio compatible. The project quickly evolved from just two fingers pulling away (or popsicle sticks as it was at the time), and characterising the speed of the process, and how properties of the solution would affect that fibre formation method to making a universal predicting equation of what materials could be used, and how big the fibres could be.

“From that discovery, and with some of the other work that was going on in the Frampton lab at the time, we had enough of the bits in place that we could go commercial with it,” says Chowdhry.

And, in July 2020, 3D BioFibR was able to officially incorporate while Chowdhry was in the midst of completing his degree.

“For me personally, it was quite busy,” says Chowdhry. “I just graduated in October, and there was a significant amount of overlap when I was working on starting a company with my co-founders and colleagues, while also collecting my data, and writing my thesis. The commercialization process involved learning a lot very quickly, but otherwise very exciting. I honestly enjoyed it quite a bit.”

Biofibres are materials nature makes that we’re all familiar with — things like cotton and wool, which are harvested at large scales and used for a variety of applications. Then, there are fibers that are a lot more intricate, which can’t be harvested the same way as cotton, and need to be synthetically manufactured. This includes spider silk — which is stronger than steel, but as elastic as a rubber band, and collagen, which is a structural protein that forms a fiber, and literally gives our tissues the structure that they have. The problem is that existing manufacturing methods have either been able to match the performance of things like spider silk, but haven’t been scalable to meet a commercial need, or they are able to be scaled up, but the performance suffers.

3DBioFibR has found a way to bridge that gap, and match scalability with performance.

The key to their process is the combination of high percentage protein solutions with a catalytic amount of scaffolding polymer, which permits rapid, large scale production of fibres. This extensional flow applied during their dry spinning process also produces protein fibres with impressive mechanical properties.

“We’re up to about 600 times faster than previous methods, while replicating natural properties quite well,” says Chowdhry. “For example, our collagen fibres, which in a bundle are essentially a tendon, we can reach up to 2-3 times the strength of a natural tendon with our artificial model so far.”

Some of the products 3D BioFibR has created include CollaFibRTM Tendon, which can serve as an excellent artificial tendon in both tissue models and medical applications; and SpidrFibRTM, which has exceptional mechanical properties, and shows great potential for applications in the green textile industry, and in bio-composite development for aerospace engineering and defence.

Although the process of creating a start-up has been challenging and the pace really intense, there have been a lot of highlights for Chowdhry.

Over the past summer, the company had the opportunity to participate in the new Ready2Launch program, which is Dal’s capstone entrepreneurial experience for students, recent graduates and researchers. They ended up winning $5000 for having the best pitch during Demo Day, which held in September.

“That was a lot of fun for me,” says Chowdhry. “I took a lot away from it, and it was my first real experience with an entrepreneurial program that was longer than two days and focused on what it takes to start up a business, and how to think about certain problems. Assessing the size of a market, how to reach customers, and get user feedback that can be integrated into your product development — these are all really important lessons from Ready2Launch that I’m still using today.”

The team hopes to eventually get the fibres up to 100 meters or 1000 meters in length. Once this is accomplished, they can look at some really interesting things, like biodegradable textiles, where the high carbon footprint of cotton can be replaced. According to Chowdry, there are more applications possible as they increase the length of the fibres.

“Being really hands on with that project, and seeing the development of it has been really exciting,” says Chowdhry.  “I think there is a lot of potential here to hit a lot of markets from biomedical engineering, sustainable technology, textiles, aerospace, and I would just love to be a part of it as we hit all those milestones and achievements, it will be really rewarding.”

Learn more about 3D BioFibR and its products.