At the 2020 Creative Nova Scotia Awards gala held digitally on Saturday night (November 14), Dr. Cooper — a professor in the Faculty of Arts and Social Sciences' departments of History and Sociology and Social Anthropology, with cross-appointments to Gender and Women's Studies and the Faculty of Graduate Studies— was awarded the Portia White Prize, which recognizes “cultural and artistic excellence of a Nova Scotian artist who has attained professional status, mastery and recognition in their discipline over a sustained career.”

“I feel so honoured because it recognizes my body of work,” says Dr. Cooper. “Often times when you’re working, creating, you do so in isolation. Sometimes you don’t even know if the work makes sense. So for the community to say, ‘yes, it makes sense, we honour it, we appreciate it,’ it reinforces that I’m on the right path… [that I’m] using my writing and my art to bring beauty, to bring joy, to bring knowledge and understanding to the world. I feel tremendously honoured and grateful.” 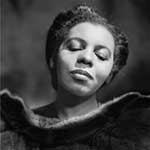 The award is named for Portia White (pictured), the African Nova Scotian vocalist and Dal alumna who rose to international acclaim as a classical vocalist in the 1940s.

“I see Portia White as a role model, for all that she did and all that she went through, the racism and persecution she faced in her career,” says Dr. Cooper, who includes Portia White in her course on African Nova Scotian history.

Dr. Cooper is perhaps best known to the Dalhousie community for her academic pursuits, including serving as the past James R. Johnston Chair in Black Canadian Studies, leading the Black and African Diaspora Studies minor, founding the Black Canadian Studies Association and the Dalhousie Black Faculty and Staff Caucus, and chairing the Scholarly Panel on Lord Dalhousie’s Relationship to Race and Slavery. 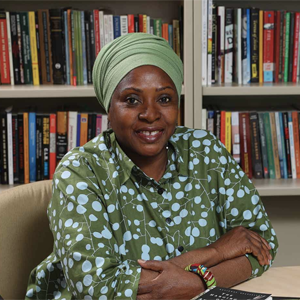 Alongside, though, she has an accomplished career as a nationally recognized artist, author and poet. She has written 13 books spanning genres from fiction and non-fiction to poetry and children’s literature; she is one the founders of the Dub Poetry movement in Canada; and she served as poet laureate of Halifax from 2018 to 2020.

“Afua Cooper is a committed mentor who generously uses her platform to give voice to others and shares her spotlight to nurture the next generation of youth writers, performers, artists and activists,” said Marilyn Smulders, executive director of the Writer’s Federation of Nova Scotia, who nominated Dr. Cooper for the Portia White Prize. “She has been a cultural innovator in Canada since the 1980s, a period described by some cultural critics as a Black cultural renaissance. She is the best performer of her own work and her recitations are simply electrifying.”

The award comes with a $25,000 prize — $7,000 of which goes to the recipient’s chosen “protégé.” Dr. Cooper has elected to give that portion of the award to the Writer’s Federation, which she says plays such an incredibly important role in supporting the arts community in Nova Scotia. Dr. Cooper says one of the plans for the funds is to support a poetry prize in honour of the late Maxine Tynes.

“To give to such a fund, for me, was a big honour because I really admire Maxine,” says Dr. Cooper. “Her words nurture me. I use her books in my teaching. To help institute a poetry prize in honour of Maxine Tynes is wonderful… it’s an opportunity for me to give back.”

Dr. Cooper was one of several Dalhousie individuals recognized at the Creative Nova Scotia Awards gala. 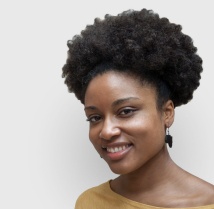 Filmmaker and actor Taylor Olson, a past Dal Theatre student, was one of two recipients of the $5,000 Emerging Artist Award. His debut feature film, Bone Cage, won the Best Atlantic Feature at the FIN Atlantic International Film Festival this year.