Open educational resources, or OERS, are defined as “teaching, learning, and research materials that are either in the public domain or licensed in a manner that provides everyone with free and perpetual permission" to access and engage with them.

When education at all levels moved online at an unprecedented rate this spring, online textbooks saw a sudden surge in demand. Despite avoiding the high publication costs associated with printing and distribution, electronic textbooks purchased from commercial publishers are still expensive, often costing as much as and sometimes even more than the print version.

Textbook costs add to the financial burden already placed on students enrolled in post-secondary education. “It is an especially difficult cost for students to carry because it is often unknown until the semester officially starts,” says Erica Seelemann, vice-president, academic and external in the Dalhousie Student Union.

Academic libraries do what they can to mitigate that cost for students, including purchasing copies of print and electronic textbooks that can be borrowed, but these solutions have limitations. Normally, the library cannot purchase more than one of any given print textbook. The electronic versions often come with licensing restrictions, meaning only a few students at a time can access the text, or the eTextbook is packaged with other resources, making the cost prohibitive. Finally, some publishers just refuse to sell electronic materials to libraries. These limitations cause considerable inconvenience and inequality for those students who don’t buy the textbooks.

Some textbooks, such as those in disciplines like science and medicine, can cost as much as $800 each. The information in these disciplines becomes out of date quickly, therefore students are not able to resell their textbooks and incoming students can’t purchase a used textbook at a reduced cost. From an environmental perspective, it is wasteful when thousands of print textbooks go out of date after one year. Electronic versions of a textbook sometimes include a proviso in the purchase agreement prohibiting resale by the purchaser, in which case the student has to purchase an expensive textbook that cannot be resold and will soon be out of date.

Enter open educational resources, or OERS. As defined by the Creative Commons wiki, OERs are “teaching, learning, and research materials that are either in the public domain or licensed in a manner that provides everyone with free and perpetual permission to engage in the 5R activities.”  The 5R activities of OER are retain, reuse, revise, remix, and redistribute.  OERs can take the form of textbooks, lecture notes, syllabi, assignments, instructional videos, and tests, and they’re almost always digital. 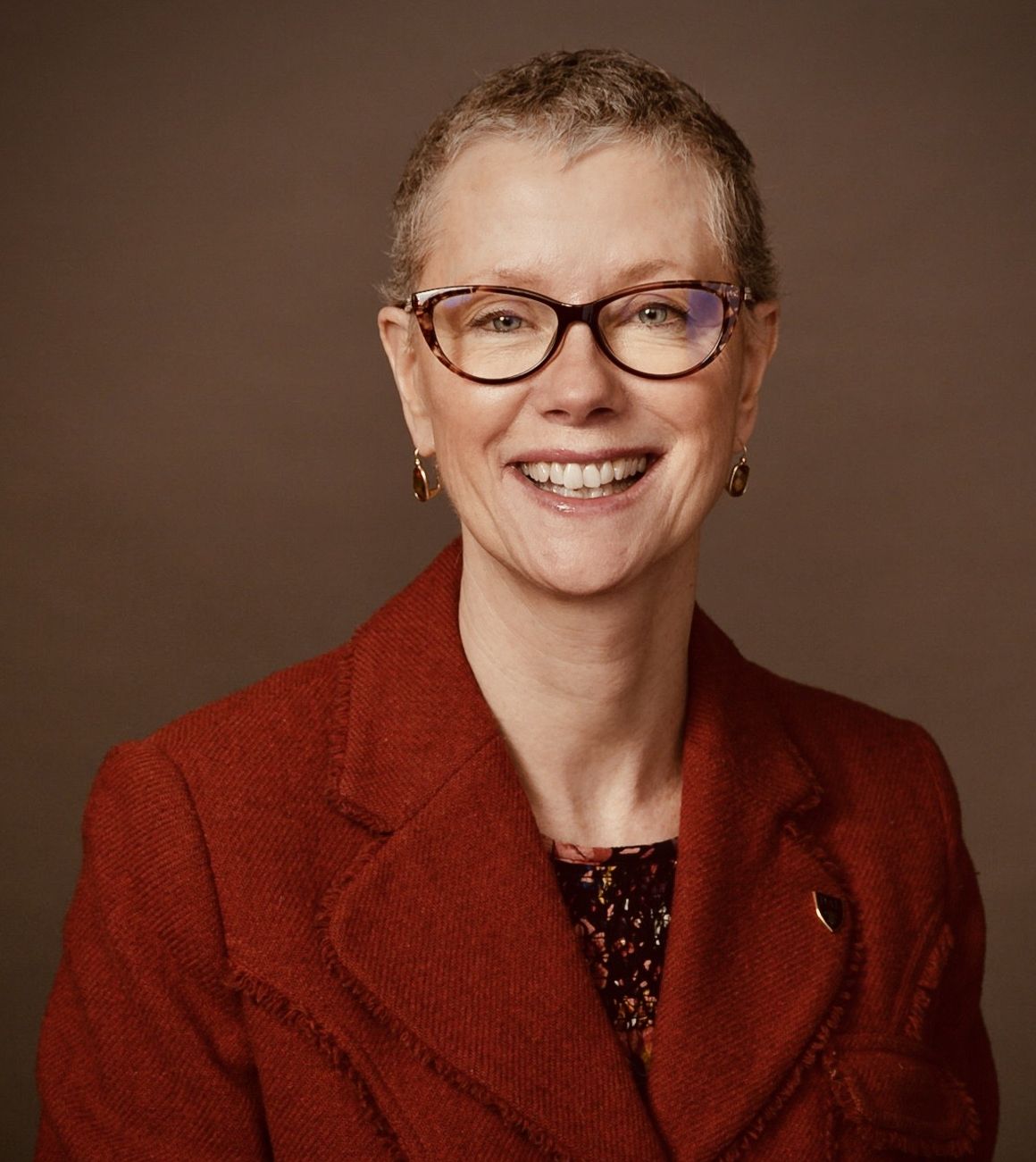 (shown left), dean of Dalhousie Libraries. “Not only are OERs free, they are also accessible via the Internet, created by qualified educators, and adaptable to the specific needs of the faculty member for their particular course. Both MOOCs and OERs increase access to post-secondary education to a wider audience.”

Initiatives like BCcampus in British Columbia and eCampusOntario aggregate OERs that are created andshared around the world. BCcampus — funded by the British Columbia Ministry of Advanced Education, Skills and Training — estimates they have saved over 154,000 students more than $18 million thus far.  eCampusOntario, a not-for-profit corporation funded by the government of Ontario, is bringing OER practices to prominence throughout the province with initiatives such as an open publishing platform and the open textbook library.  When the open textbook library launched in 2017, Nour Alideeb, the then Chairperson of the Canadian Federation of Students–Ontario, said the initiative would save students in Ontario $2.1 million annually.

The Canadian Association of Research Libraries (CARL) endorses OERs because of the social and economic benefits they bring both to higher education and society as a whole. CARL believes it is the mission of universities to create and disseminate knowledge, and that OERs achieve this by being accessible to everyone.

“The Dal Libraries, like most libraries, support and promote the creation and adaptation of OERs. In the past couple of years, we have stepped up our efforts, producing our first open textbook in 2018,” says Bourne-Tyson. 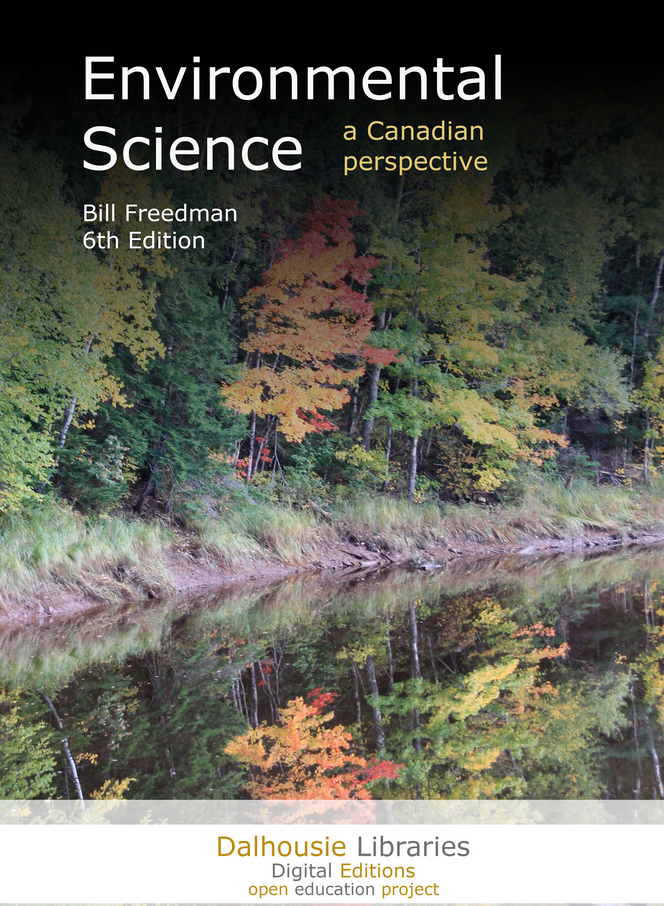 Environmental Science is available in DalSpace, Dalhousie’s institutional repository. It can also be accessed through Novanet, the union catalogue for all Nova Scotia post-secondary institutions and in WorldCat, a catalogue of the collections of 72,000 libraries in 170 countries and territories. “We have also been distributing the textbook to other Canadian open textbook initiatives such as BCcampus and eCampusOntario, so more Canadian universities will know about it,” says Brown.

Earlier this year, the Dal Libraries and the Centre for Learning & Teaching (CLT) partnered to offer a $4,500 grant to support a Dalhousie educator who is either wanting to adapt or create an OER, or investigate the impact of OER use on student learning.

“We wanted to offer a grant that would enhance the learning experience of students at Dalhousie, while supporting Dal’s teaching and learning priorities and the eLearning strategy,” says Ann Barrett, associate dean scholarly communications and head, W. K. Kellogg Health Sciences Library.

The grant can be used to cover costs associated with producing an open textbook, such as research, layout, and editing. This year’s grant recipient is Leanne Stevens from the Psychology & Neuroscience Department in the Faculty of Science.

“Over the last seven years, the Introduction to Psychology program has used four different textbooks. Although the cost of a new copy of the hardcover texts has varied, it has typically hovered around $150 for students. We have always felt that cost was too high and posed a significant burden on students. As such, we’ve routinely pressured the leading textbook companies to reduce the cost or to offer more cost-effective options,” says Dr. Stevens.

“In recent years, we have been able to offer online versions of the text for lower prices (e.g., $60‒$100), but we acknowledge this cost may still be a barrier to student success in our classes. In an effort to reduce barriers and improve access for all students, we adapted an open textbook for our Introduction to Psychology & Neuroscience program. It’s our goal to create a high-quality, academically rigorous, and accessible textbook that will be free to all students,” says Dr. Stevens.

Further reading: These psychology instructors created a free textbook that has saved students thousands of dollars

“It’s important for the Dal Libraries and the Centre for Learning & Teaching to provide faculty with opportunities for professional development with respect to OERs. While OERs are free to the end user, we know they are not free to produce,” says Anne Matthewman, associate dean learning and teaching and head, Sir James Dunn Law Library.

Matthewman, Barrett, and Suzanne Le-May Sheffield (shown below), director of the CLT and co-chair Dalhousie’s OER Working Group. The group aims to raise awareness of OERs among faculty and librarians at Dalhousie, advocate for OER use, provide ways to 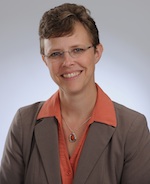 motivate and support faculty to use existing OER resources or explore the possibilities of creating their own OER, and raise awareness of provincial or regional initiatives that would help advance OER creation or adoption at Dalhousie.

The efforts of the OER Working Group support Dalhousie’s eLearning strategy as OERs are interconnected to some of the strategy’s key aspects, including student accessibility to course materials and resources, pedagogical and technical support for faculty, and reward and recognition for faculty curriculum development. In the past year, the OER Working Group has organized a number of OER workshops and presentations, including two with guest speakers Brett McCollum from Mount Royal University and Grant Potter from University of Northern British Columbia, both of whom are OER advocates.

In the summer of 2019, the OER Working Group conducted a faculty survey, with support from Dal Analytics. The results indicated there is already a fair amount of interest in and use of OERs by Dalhousie faculty. Of the 147 respondents, 72 per cent said they had used or were using a range of types of OERs as part of their course materials; however, the numbers were lower for OER creation, with only 22 per cent indicating they had created an OER. According to the survey, the main reasons why faculty are using OERs is to improve student use of and engagement with course materials and to reduce students’ costs. Faculty interested in learning more about OERs at Dalhousie can contact one of the co-chairs of the OER Working Group (Ann Barrett, Anne Matthewman, or Dr. Le-May Sheffield).

“We all know a university education is expensive and the creation or adoption of resources like OERs can help to reduce the financial barriers. The Dalhousie Libraries and the Centre for Learning and Teaching are here to support faculty and instructors who want to create an OER,” said Bourne-Tyson.