Ask an expert: Political scientist Ruben Zaiotti on the pros and cons of the 'Atlantic bubble'

A COVID-19 checkpoint sign on the Confederation Bridge in Prince Edward Island. (Photo by Tim Foster on Unsplash)

At a time when Ontario, British Columbia and other provinces across Canada are facing a surge in new cases of COVID-19, the Atlantic provinces have garnered national attention for their ability to stave off any major new increases.

Experts, including Nova Scotia’s chief medical officer of health, Robert Strang, cite a variety of reasons for the region’s resilience, including its early steps to control the virus as well as its smaller cities and lower overall population density. Many also credit the so-called Atlantic bubble, which has brought more robust provincial border controls in part by requiring anyone travelling into the four Atlantic provinces from outside the region to self-isolate for 14 days.

But debate has cropped up in recent weeks about the bubble, with some even questioning its legality under the Canadian Charter of Rights and Freedoms. Ruben Zaiotti, an associate professor of Political Science, the Jean Monnet Chair in Public Diplomacy and the director of the Jean Monnet European Union Centre of Excellence (JMEUCE), studies issues of border control and migration in the European context. He explains some of the drawbacks of the bubble approach and how the Atlantic region might approach relaxing its restrictions.

We’ve heard a lot by now about the benefits of the so-called Atlantic bubble, but what are some of the drawbacks of this approach in your view? 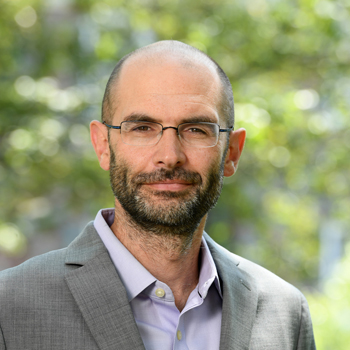 Restricting people who are not from the bubble means economic activity based on exchanges is impacted. I mean, goods are still able to come in but not people in the same way. Tourism is one of the domains. But it's also those who'd like to move here, so migration. Prospective migrants at the moment, if they come, have to go through quite a substantial number of hurdles that they might decide not to come at all. That's an economic loss for the provinces as well.

Then there are the social impacts that have to do with the fact that if you isolate yourself from the outside world, it means you lose the ability to interact with other people and get to know other people and exchange ideas. Of course, you can meet other people virtually, but typically these are people you already know. It's difficult to get to know people from different backgrounds, even if its just outside the Maritimes and Canada, if they are not able to come here. To me, that is something that needs to be taken into consideration when judging the pros and cons of the bubble.

It's interesting that the term being used is bubble. There are examples of other types of arrangements around the world and they've been called different things. The choice of the term bubble is to me telling because it is typically used in small social settings, so the social bubble, a group of people who decide to detach themselves from the broader community for reasons such as health or sometimes ideological reasons. But, in this case, it's applied to an entire region, not just one province, but a group of them. The reason why bubble is used is that if you think about it the term bubble, it provides a sense of coziness and stability. But also lightness in the bubble. It can burst, it's flexible, you can expand it. But it's not a scary metaphor, you know. In reality, what we have now in Atlantic Canada is not as light as that or without other implications. What we are talking about is seriously limiting the mobility of people who want to come to the province. We use a fence in some cases, when you think of neighbourhoods, when you want people to prevent others from coming in. That's what we use. We don't use a bubble. But it has similar connotations that prevent people from coming in. To me that's problematic.

If governments in the region do decide to loosen these restrictions, what is an alternative approach being taken in Europe or elsewhere that might work here?

First of all, there's no magic solution here that's going to solve all the problems. It is about trade-offs. The idea is that you wouldn't necessarily change radically what is already in place, but move a bit more gradually toward the opening of the bubble. The usual tools that are already in place, for example tracing, can be used to make sure you test people who are coming in quickly. And then track the rate of the spread of COVID-19 to make sure that if things get really out of hand we can go back towards a stricter approach. It is also true that if you move too quickly, then there is a possibility it will backfire and that's what has happened in some places in Europe, where things have reopened very quickly and COVID-19 has again become a problem. It's not a decision that is going to be taken lightly. But I think what the government has to do is that it does it at a slow pace, so that the change can be monitored so that if there are things that don't work out, we can go back to the original plan.

Provinces in Canada have jurisdiction over health care, but this policy around the bubble shows a greater degree of coordination than we often see and some might argue it has helped to better manage the threat of COVID-19. What are some of the lessons that could be learned from this that could help us as a region tackle other major challenges?

Coordination is crucial. Coordination right from the beginning. Of course, it depends on the political system, but in this case we're talking about a federal system, which is more decentralized so that some of the responsibilities are located in the provinces. It is fundamental that if another pandemic or another crisis hit the country, that there is that level of continuation that goes on at the very beginning. This can mean mutual support. The ability to move resources and supplies from one province to the other is crucial. That is an aspect that needs to be further strengthened if another crisis hit the country.

The discussion would be about coordination rather than really the pooling of these responsibilities in a way that would create a mega-province or something along those lines. I don't think each of the provinces would be willing to relinquish their powers. But certainly a deeper level of coordination would help. That's exactly what is going on in the European Union. For example, health care is not a direct responsibility of the European Union, which is a regional entity that has some ability to impose rules on states but only in certain sectors such as the economic sectors like trade. Less so on healthcare. But because of this crisis, there has been a push to greater coordination. It's not only happening in Canada, but in other places, too. You need to enhance those levels of coordination on issues such as health care. If there's a crisis, most jurisdictions feel that they can handle them by themselves, but it's only when it's a real crisis when things really start to move. And I think it's the same here.