Mothers for more than just months: How decades‑old teeth are teaching Dal researchers about the lifecycles of bottlenose whales

Northern bottlenose whales live in deep waters off the coast of Nova Scotia and southern Newfoundland. An endangered species, they were targets of a century of commercial whaling across the North Atlantic.

Little has been known about how long a northern bottlenose whale would nurse and then wean her calf, with whaling records suggesting it was about one year. But researchers at Dalhousie University have discovered that the distinct, bulbous-headed whales will spend up to four years feeding their young — a finding has broad implications for the species as it may not recover from sharp population declines as quickly as previously thought.

Laura Feyrer, a PhD candidate in Dal’s Marine Biology Department, made the discovery after examining the teeth of about 150 whales that were hunted by Norwegians off Labrador and Iceland or washed ashore in Newfoundland to see if she could detect the age when northern bottlenose whales stopped nursing.

Using a small drill, Feyrer and her colleagues were able to extract selective samples of a tooth’s dentin that is deposited in annual growth layers, like tree rings, and can indicate what the animals were eating when they were alive. The researchers could compare how the animals’ diet changed over the first five years of their life and how this compared to their diet as adults. 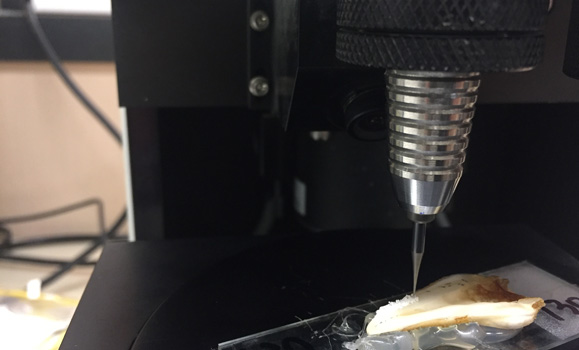 The team measured stable isotopes of nitrogen and carbon deposited in the dentin growth layers and detected age-based trends that were consistent across different regions and among males and females. The samples indicated that  weaning is a slow process and nursing does not end until whales are three to four years old, substantially later than was believed.

The revelation could help explain how the northern bottlenose whale population became depleted by whaling, as they were being taken out of the water faster than they could reproduce.

“As whaling removed large numbers of whales, including calves, and because we found they have a much slower reproductive capacity due to extended time spent caring for their calves, they cannot replace individuals easily,” says Feyrer, whose findings were published Tuesday (June 23) in the journal PLOS ONE.

“Our new information on prolonged maternal care suggests their reproductive rate is approximately half of previous estimates, where each female would only be able to raise 50 per cent as many calves in her lifetime."

The study also improves the understanding of the fundamental biology of beaked whale reproduction, which is difficult to research in these species given their remote offshore habitat and infrequent sightings. 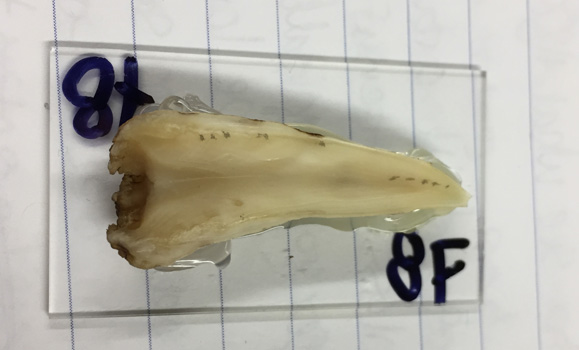 Due to the difficulty in accessing teeth specimens, Feyrer’s study is the first investigation of developmental diet shifts using stable isotopes for any species of beaked whale.

It also suggests that northern bottlenose whales have a more complex social structure than previously understood. Feyrer says too that this emphasizes that areas where calves are seen in large numbers like the Gully Marine Protected Area, are important and offer significant protection for ensuring the recovery of this species.