Canadians are buying more food than they can eat. Much of it gets tossed in the bin, ending up in our landfills. In contrast, the United Nations’ Food and Agriculture Organization (FAO) found that global hunger is on the rise — and that a third of the food produced in the world is either lost or goes to waste.

Now a PhD candidate and part-time academic with the Faculty’s Department of Business and Social Sciences, Ashley has been a studying or conducting research with Dal AC since 2011. When Divert NS, a non-profit champion for recycling in the province, put out a call for research on food waste management just in time for her master’s program, MacDonald was inspired to get involved.

Divert NS was looking for insight on de-packaging practices that food retailers could implement to help properly dispose of their unsaleable products (e.g., food that’s impossible to sell because they’re expired). Depackaging efforts can help grocers prevent unused organics, paper, and plastic from ending up in trash that’s destined for the landfill.

“Landfill disposal, we know, is terrible for the environment,” explains Ashley. “It's a complete loss of resources and should be avoided when at all possible.”

Making a difference in waste reduction

It was during this work, supervised by Professor Christopher Hartt, that Ashley learned about waste management models in place within large grocery chains like Sainsbury’s in the UK and Kroger in the US. These grocers use machines that removes unsaleable food from its packaging and then breaks organic matter down in a way that produces methane. The grocers then use the natural gas as an energy source to power their buildings.

“I found that a lot of the research, policies, initiatives and innovations out there look at food waste management,” says Ashley. “Yet, it’s agreed upon throughout the literature that, ideally, the most efficient thing to do is to prevent food waste.”

That inspired her to then investigate what leads to wasted food in the first place.

There are big-picture factors at play when the causes of excess food waste are explored. Canada has a strong agricultural sector, but it produces an excess of goods that exceed demand. Retailers end up overstocking shelves and offer enticing deals to clear their inventory. Ashley also says Canadians, on average, pay less for food than those living in other developed nations. With such an abundance of consumables available at reasonable prices, it’s no wonder Canadians aren’t placing a high value on their food.

With that in mind, Ashley knew she needed to examine consumer perceptions and behaviours that might explain why people are throwing away food. She scoured academic research, social media posts, news coverage and government reports, and then developed a consumer survey to gain insight on household grocery shopping and waste sorting habits by province.

“There was a lot of confusion about what constitutes food waste,” says Ashley. To provide clarity, she proposes the use of this term instead: terminal food waste. It refers to the food that ends up in a landfill instead of being reused (by donating safe, unsold or uneaten food to food banks, for example) or recovered (by converting the waste to methane and using it as an energy source, like Kroger and Sainsbury’s have done).

When it comes to Canadian consumers, Ashley cites a few common behaviours and perceptions that lead to households generating terminal food waste.

“We buy too much food on grocery shop day and then we don’t have a plan for how to use it,” she says. It’s a behaviour that often results in throwing away forgotten food, especially if its sell-by or best-by dates have passed. Best-by dates, Ashley says, just signal a drop in freshness and quality, but the food is often still safe to consume. Sell-by dates, on the other hand, are virtually meaningless. 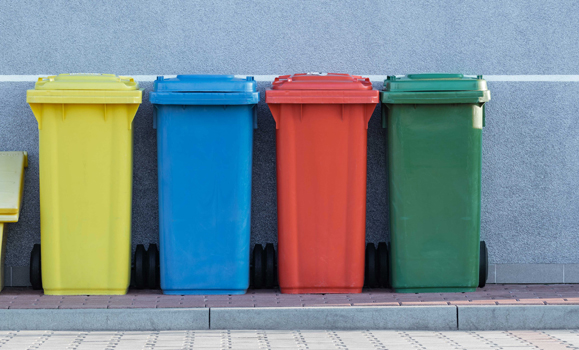 Given that behavioural change is key to reducing household waste, she used her consumer survey to determine if province-wide waste bans are useful in facilitating change. She asked 180 people living across the country how they feel about the environment, and how they view and deal with their food waste.

Albertan’s showed “undesirable” purchasing and waste sorting behaviours. Whereas those living in Nova Scotia and Prince Edward Island—the only two provinces with waste-ban policies at the provincial level in place—had the most desirable sorting behaviours. Ashley is quick to acknowledge that waste management policy is complicated because of how differently each province decides to govern disposal. That said, Nova Scotia’s terminal food waste only amounts to about half of what’s generated by other provinces, illustrating the impact of stakeholders working together to implement challenging policies.

“One comment I kept seeing in the feedback section of the survey was: I know that I waste too much, but I don’t know what to do about it,” says Ashley. “There’s always going to be some unavoidable food waste… but a little effort is better than no effort at all.”

“Food waste is not this insurmountable mountain. It’s something we can combat if we all work together towards a solution. It’s about being mindful of our impact and demanding change,” says Ashley. “We all have to take ownership and responsibility… We just need to try — and it doesn’t have to be perfect, it just has to be something.”