Bradley Johnston had a hunch his latest research could have people seeing red — in more ways than one.

But did he expect his work on the perceived risks of eating red and processed meats would cause an international firestorm?

“It is nutrition which, historically, is of great interest to the public and to newspapers, so I expected interest,” he says, “but probably not this much.”

Minutes after publication Monday evening, the series of papers from an international panel led by Dr. Johnston of Dal’s Department of Community Health and Epidemiology generated breaking-news headlines on hundreds of major sites like the New York Times, the BBC, the Washington Post and the Associated Press.

The research also sparked fierce criticism from organizations like the the American Heart Association, the American Cancer Society and the Harvard T.H. Chan School of Public Health, with the latter suggesting it could “cause harm to human health and erode public confidence in nutrition science.”

What Dr. Johnston and his co-authors at McMaster University, the Iberoamerican Cochrane Centre and Polish Cochrane Centre had done is turned nutritional orthodoxy on its head with new research suggesting there is little health benefit to cutting back on red and processed meats.

“Based on our research, it’s uncertain whether there are true health concerns related to moderate consumption of red or processed meats,” says Dr. Johnston.

Inside the systemic review

The panel reviewed over 150 studies — including more than six million participants — and produced a series of papers for the Annals of Internal Medicine that found previous dietary guidelines may not have been based on the most reliable science. The panel reviewed randomized controlled trials and observational studies looking at the impact of red meat and processed meat consumption on cardiometabolic and cancer outcomes.

In one review of 12 trials with 54,000 people, the researchers did not find a statistically significant or important association between meat consumption and the risk of heart disease, diabetes or cancer. In three systematic reviews of studies following millions of people, they noted a very small reduction in risk among those who had three fewer servings of red meat or processed meat a week, but the association was uncertain.

The authors also did a fifth systematic review looking at people's attitudes and health-related values around eating red and processed meats. 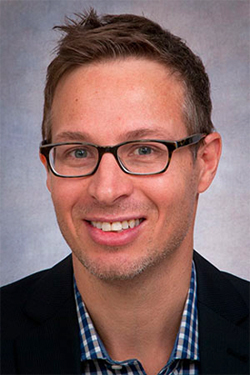 “Our systematic review shows that there is generally low to very low-quality evidence for over 30 health outcomes, and that the public’s values and preferences around red or processed meats — admittedly, also based on low-quality evidence — show they like the taste of meat, generally think of it as healthy, and are somewhat reluctant to change, though there is variability in those opinions,” explains Dr. Johnston (pictured).

He notes that, in addition to the thoroughness of the systematic review, the panel took extensive efforts to be rigorous and transparent with respect to any potential conflicts of interest.

“Before anyone was allowed to be on our panel, we screened them closely for financial conflicts and intellectual conflicts, and only selected people who didn’t have important conflicts, and we are transparent in what those other conflicts are,” he explains.

The panel of 14 researchers from seven countries recommended that most, but not all, adults should continue to eat their current levels of red and processed meat, challenging accepted belief that red and processed meat is linked to a range of cancers, heart disease, Type 2 diabetes and other illnesses.

Dr.  Johnston, who’s trained in health research methodology, says the team realizes its work upends many current nutritional guidelines, and flies in the face of conventional wisdom. Several health groups were quick to condemn the findings, with a physicians’ committee lobbying to have the journal retract the papers calling them “cancer-causing clickbait.” Others criticized the work for not considering animal welfare or environmental concerns in making its recommendations.

On the latter point, Dr. Johnston says the panel is sympathetic to those issues, noting that a number of panel members had chosen to eliminate or reduce their personal red and processed meat intake for those very reasons.

What much of the debate comes down to, though, is a difference in approach: the value of an individual-based lens versus a public health or societal one, and the merits of the methodology itself.

“It’s a different philosophy, and a different ethic and a different methodology for doing guidelines that we believe is better,” says Dr. Johnston. “This isn’t just another paper or a series of papers on red and processed meat: it’s based on publicly available protocols, and we think it’s more robust, more reliable, more transparent, and hopefully has more utility for decision makers so they can actually see what the evidence says.”

Gordon Guyatt, chair of the guideline committee and a professor at McMaster University, said in a statement that the research group used a rigorous methodology and GRADE methods, which rate the certainty of evidence for each outcome, to move from evidence to dietary recommendations to develop their guidelines.

"There is a worldwide interest in nutrition, and the issue of red meat in particular,” he said. “People need to be able to make decisions about their own diet based on the best information available.”

That’s what it comes down to for Dr. Johnston as well.

“We hope our work will help people make more informed decisions, from an individual perspective,” he says. “If there is a very small risk reduction — and the evidence base is uncertain, people then need to make their own decisions rather than having governments tell us we should reduce our red and processed meat consumption without being transparent and rigorous with their methods.”