The team at the Makrigiannis lab. (Provided photos)

“I’ll be honest, when I first started working on this I didn’t fully accept it.”

That’s Dr. Andrew Makrigiannis, head of the Department of Microbiology & Immunology, discussing his groundbreaking research on natural killer cells that was published in the leading journal Proceedings of the National Academy of Sciences.

“I’m a traditionally trained immunologist; I was skeptical”

That traditional training taught him that our bodies have several complicated methods to protect us from harmful intruders, two of which are the innate and adaptative immune systems. Adaptive immunity is the protection you receive after being exposed to an antigen. It has a memory, and it’s what makes vaccinations effective and the reason why you can only get measles or the chickenpox once.

Natural killer cells, or NK cells for short, are a type of white blood cell that belong to the innate immune system, patrolling our bodies searching for harmful cells like cancer or viral infections, but unable to remember — or so we thought.

The power of NK cells

It has long been known that there are only two cells that give our immune system long-term memory, T cells and B cells. However, when other researchers began vaccinating mice missing these memory enabling cells and the mice started to show a memory response anyway, it opened a whole new world of immunology research 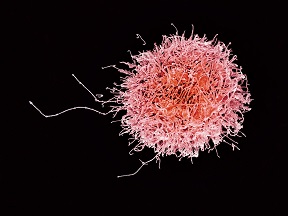 In absence of T cells or B cells, researchers concluded that NK cells must have been the culprit, but Dr. Makrigiannis was determined to find out exactly how they initiated this response, which could be the key to creating new cancer vaccines and other life-saving treatments.

“A lot of mainstream immunologists are hesitant about this,” explains Dr. Makrigiannis. “It’s so engrained in our field that only T cells and B cells can mediate memory. It’s not fully accepted yet.” 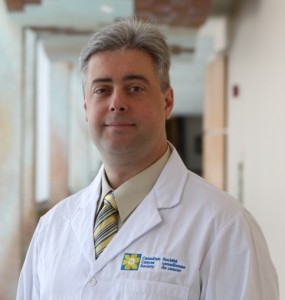 Dr. Makrigiannis was convinced that the receptors NK cells use to determine if cells they encounter are a threat, known as Ly49, must be involved. Dr. Makrigiannis and his then graduate student, Dr. Andrew Wight, vaccinated mice without T cells or B cells with a protein that the receptor was likely to recognize as a threat. When they later exposed those mice to melanoma cells that expressed that same protein, the mice were protected and did not get cancer.

When he repeated the experiment in mice that also were deficient for Ly49 proteins, there was no cancer protection.

PNAS published their findings because Dr. Makrigiannis had successfully vaccinated T and B cell-deficient mice against cancer and showed that it was due to Ly49 receptors.

On the front lines against cancer

Now backed by a five-year CIHR Project Grant, and a partnership with Halifax-based immuno-oncology company, IMV, Dr. Makrigiannis and his lab are now working to find out if these same functions will translate to humans.