Looking through the comic panels of the soon-to-be-released Rainbow Reflections: Body Image Comics for Queer Men, it’s clear that this project was meant to start conversations — and that’s just what Phillip Joy hoped for. 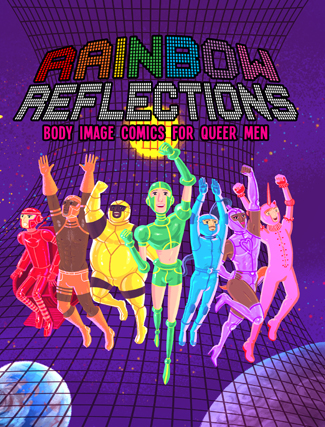 Phillip is a third-year PhD in Health student in the Dalhousie Faculty of Health researching how culture shapes eating practices and body images of queer men (which he identifies as). His PhD supervisor is Matthew Numer in the School of Health and Human Performance.

Phillip was awarded a Hacking the Knowledge Gap grant through the Canadian Institutes of Health Research (CIHR) Institute of Gender and Health. He was teamed up with fellow Dalhousie student Matthew Lee in the Faculty of Medicine, and Stephanie Gauvin from Queen's University. Each received $25,000 to pool together to improve knowledge translation for LGBTQ+ communities by presenting research in an accessible way for health professionals.

Phillip says it was important for the team to do something innovative and artistic, which is why they chose to create a comic book.

“My philosophy was if I’m going to work on something for a year, I want it to be cool and different, something to get the blood flowing.”

Phillip says comics capture people’s imagination and attention and are a great way to showcase different experiences. “Really, only academics want to read other academic papers. This is much more accessible to the community.”

They chose to explore how to improve the emotional, mental, and sexual health of queer men by talking about body image — specifically in relation to weight and muscularity.

The team put out a call for queer artists across the world, and there was a great response. The comic features 40 international artists from seven different countries: Australia, Denmark, Greece, Germany, England, United States, Canada, and local Halifax artists.

Phillip acknowledged that in addition to first-hand stories from the illustrators, they also needed to present the research, so they hired several Canadian artists to create one-page inserts with information from peer-reviewed literature. Although Phillip didn’t contribute illustrations or personal stories himself, there is an illustrated synopsis of his dissertation in the back because it draws from some of the same studies. 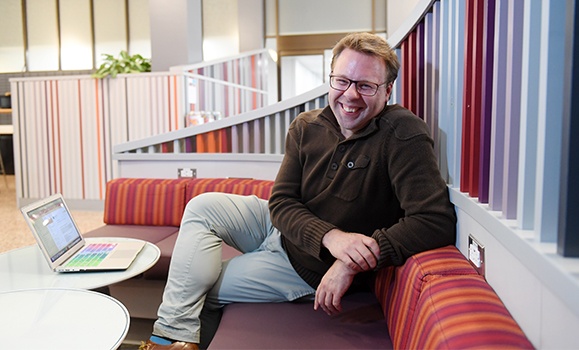 This project is personal to him because he can relate to a lot of what he sees on the pages.

“There are stories about the pressure to live up to cultural expectations of male bodies, and other things that seem to be a universal experience for gay men.

“I learned things too. I’m not a trans man so there were issues that I wasn’t even aware of, which several artists brought forth in their comics. There are unique concerns about typical images of masculinity, so that was really powerful for me.”

It was also impactful for Phillip to be able to support queer artists and give them a voice.

Phillip says he hopes this comic will get into the hands of the LGBTQ+ community, and the people who work to improve the health of those communities, because they need to know what issues are out there.

“There’s a feeling of commonality, that you don’t have to struggle with these feelings alone.”

The team will be buying a few hundred copies once it is printed to send to LGBTQ+ health centres. They plan to have it printed in July with Ad Astra Comix, a Canadian social-justice comic publisher. The publisher and some of the local artists featured in the comic will be attending the Dartmouth Comics Arts Festival.

The comic book will be launched to the public with an event on Friday, September 13 from 1:00 – 3:00 pm at the Halifax Central Library.