Image of an MRI machine. (Provided)

Dalhousie faculty members, Drs. Steven Beyea and Jeremy Brown have both been named as co-applicants in a federal investment of up to $49 million in data and digital technology.

The investment, made through stream 4 of the Strategic Innovation Fund, will support the Industry Consortium for Image Guided Therapy’s (ICIGT) estimated $126 million project to accelerate the application of artificial intelligence and machine learning technologies for more accurate image-guided therapies such as MRIs, CT scans and ultrasounds.

ICIGT is pan-Canadian network lead out of the Sunnybrook Research Institute, of more than 70 partners, including industry, academia, government organizations and not-for-profits. Interestingly, many of the projects are kept confidential from each of the research groups in the network to protect the commercial interests of the many industry partners throughout the network.

Dr. Steven Beyea, an associate professor in the Faculty of Medicine, and Scientific Director of the Biomedical Translational Imaging Centre (BIOTIC), located in the QEII, will be exploring how using a state-of-the-art MRI machine can be used to triage care decisions in the ER. 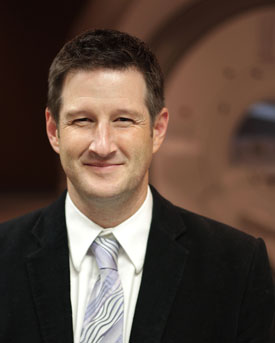 Once installed, the MRI machine developed by Synaptive Medical Inc., will be the only such MRI in the world. What makes the machine unique is that it is specifically designed to have peripheral instruments around it in a way that would be impossible with a conventional machine.

“With conventional MRI there is a big strong field that extends outward from the magnet that makes it unsafe for other instruments and devices to be close to it. In this case, the magnet is smaller, and the safety field is much closer to the magnet,” says Dr. Beyea. “This opens up the possibility to have patients in the magnet and actively treat them while they are inside, using the images that we get as guidance.”

Worldwide, there are over 250,000 new primary brain tumours diagnosed per year and considering the high mortality rate in the absence of treatment, aggressive approaches such as surgery and chemotherapy are often undertaken. 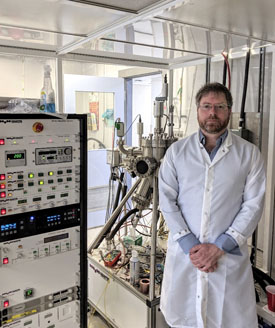 Dr. Jeremy Brown, an associate professor in the department of Electrical and Computer Engineering, is hoping to use a new ultrasound imaging platform to greatly improve patient outcomes using minimally invasive surgical techniques.

“What makes our proposal truly cutting edge is the development what is called an “ultrafast” ultrasound platform,” says Dr. Brown. “This will allow for new and novel surgical guidance modes such as functional brain imaging during ‘awake’ neurosurgeries.”

Dr. Brown has been developing next generation ultrasound imaging and therapeutic technologies at Dalhousie since 2008, and he believes that not only will they improve patient outcomes but produce significant economic development in both Halifax and across Canada as these next generation technologies are developed and commercialized.

Punching above their weight

Seeing as Drs. Beyea and Brown both had well established and highly regarded image guided therapy programs, it came as no surprise that ICIGT principal investigator, Dr. Raphael Ronen reached out to them both to join the application process.

“We're thrilled to have Dalhousie/Biotic as an integral part of this new network,” says Dr. Ronen. “They punch far above their weight in imaging and image guided therapy research and development."

With the support of their commercial partners, NSHA, and Dalhousie University, Drs. Beyea and Brown are at the forefront of image guided therapies in Canada.