In November 2017, the Dalhousie Senate voted to approve several significant changes to its membership with an eye towards becoming more inclusive. 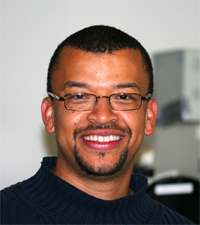 “We want to make Senate a more diverse and representative body, because as we know from numerous studies more diverse and inclusive teams make better decisions — and Senate is in the business of making decisions” says Senate Chair Kevin Hewitt (pictured left).

Beginning this upcoming academic year (2018-19), Senate will include four additional student seats; two designated seats for faculty selected by the Black Faculty and Staff Caucus and the Indigenous Council, respectively; and two designated seats for Senators at Large. New election guidelines for Academic unit senators [PDF] will require nominees to describe how they will bring diverse perspectives, identities and ideas to bear in their roles as Senators. Finally, the future university advisor and AVP equity and inclusion will be an ex-officio voting member, along with the AVP academic and VP  student affairs.

Applications open for Senators at Large

Currently, Senate is seeking nominations for the Senator at Large positions [PDF], which are designed to create opportunities for groups who, traditionally, have not had as strong a voice in Dal’s senior academic governing body.

To that end, Senate is encouraging applications from Dalhousie faculty who identify as members of one or more groups currently underrepresented in Senate and, supporting range of perspectives in an intersectional lens, those who self-identify among multiple designated groups. Faculty with limited-term appointments are also encouraged to apply, along with those who hold less than 50% appointment. (Up to this point only individuals who held an appointment of 50% or more were eligible.)

“We really want to draw in people who have traditionally not thought of Senate as their opportunity to have a role in the academic governance of this university,” says Dr. Hewitt.

The Dalhousie University Senate profile [PDF] indicates that while Dal is well in-line with labour market availability (LMA) for women representatives, for example, it lags behind in representation for racially visible persons and Aboriginal/Indigenous persons.

Faculty members who are interested in the Member at Large positions can apply by April 27. For full details, review the Call for Nominations on the Senate website [PDF].