“Even when two people have what seems to be the same kind of cancer, they don’t necessarily respond the same way to treatment,” Dr. Marignani says. “We need to dig deeper, to the genetic and molecular roots of each individual’s cancer, to find a way to stop it.”

This year’s Molly Appeal will raise funds to provide Dalhousie cancer researchers with resources to learn more about the variability of cancer from person to person, and to develop cancer treatments tailored to the specific genetic and molecular profile of an individual’s cancer.

One of these resources is the Fluidigm C1 System, advanced cell-analysis equipment that allows researchers to examine 800 individual cancer cells, in detail, in a single test. Dalhousie will be the first centre in Atlantic Canada and one of a select few in the country to acquire the Fluidigm system. 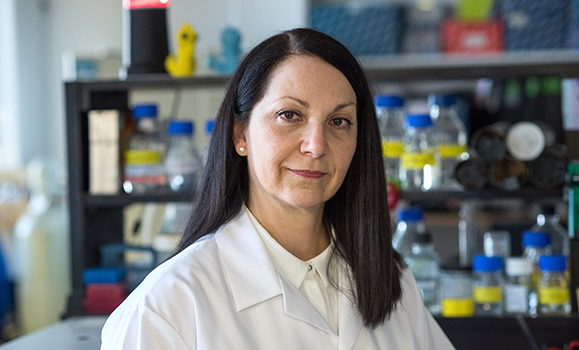 “The Fluidigm system will allow us to see what is happening within and around a patient’s cancer cells,” says Dr. Marignani (above). “We’ll be able to see what genes are present, which proteins are being produced, what immune cells are active, and what different kinds of cancer cells make up the tumour. This information will tell us which existing treatments, or combination of treatments, will work best for each person’s cancer.”

The equipment will also reveal mechanisms that could be targeted by whole new generations of personalized treatments, Dr. Marignani says, adding: “We want to create and fill a drug discovery pipeline.”

The other crucial part of this cancer research equation is the tumour bank at the QEII Health Sciences Centre. Started in 2005 by pathologist Dr. Zhaolin Xu, as a repository for lung cancer patients’ surgically resected tissue samples, this is now the largest lung cancer tissue bank in Canada.

Funds raised through this year’s Molly Appeal will also support a tumour bank manager, who will oversee the expansion of the tumour bank to encompass more kinds of cancer — including pancreas, breast, colon and genitourinary cancers — and facilitate researchers’ access to this rich resource. 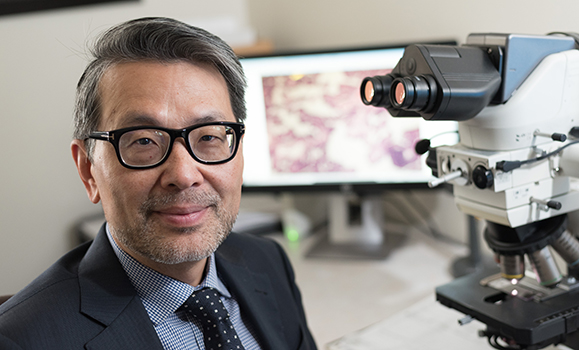 “The patients’ tissues are thoroughly analyzed and linked to their clinical data, providing researchers with a wealth of knowledge about how sub-types of cancer behave and respond to treatment,” says Dr. Xu (above), a professor in Dalhousie’s Department of Pathology. “They can also use banked tumour samples to develop pre-clinical models of real patients’ cancers and test drugs in these models to identify the most effective treatment for that person’s cancer.”

With the arrival of the Fluidigm system and better access to patient tissues, Dalhousie cancer researchers will be able to examine patients’ individual cancer cells, and the composition of their tumours, in a whole new level of detail.

The life and death difference

This kind of analysis can mean the difference between death in the near term and several more years of good-quality life.

This was certainly the case for Duncan Searle (below) of Toney River, Nova Scotia, who was diagnosed with stage-four (metastatic) lung cancer in 2014, even though he had never been a smoker. 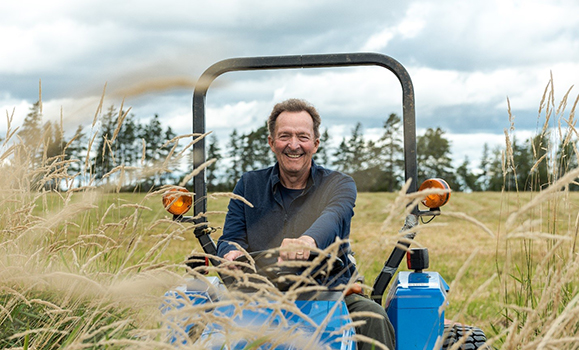 Duncan’s prognosis was not encouraging — his oncologist, Dr. Mary MacNeil, told him he could expect to live another three to six month. But, there has been a groundswell of development in targeted therapies for lung cancer in recent years, which proved to be just the answer for Duncan and his family.

When Dalhousie/Nova Scotia Health Authority molecular geneticist and professor, Dr. Wenda Greer, conducted genetic-molecular profiling analyses on his tumour, she discovered a genetic mutation that could be treated with a targeted therapy (gefitinib) that had just been approved for that specific mutation.

“I began to feel better almost immediately after starting the medication,” recalls Duncan, who is still alive and well three years after his diagnosis and far longer than would have been possible without the personalized treatment.

And when gefitinib’s effectiveness began to wane, further analysis by Dr. Greer revealed yet another mutation, for which another new drug (osimertinib) had just been approved. Remarkably, the pharmaceutical company, Astra Zeneca, agreed to provide the medication to Duncan free of charge on compassionate grounds. Again, his condition improved almost immediately upon starting the new targeted therapy.

“It was such an enormous relief to find there was another new drug available — if I had been this sick even just six months earlier, it would have been too late,” Duncan marvels. “As it was, I started feeling better within five days of starting the drug!”

Duncan and his wife, Leslie, have since stepped forward to be advocates for medical research and the Molly Appeal. “I’m grateful that we have this groundbreaking research happening right here in the Maritimes at Dalhousie Medical School and proud to be involved with the Molly Appeal,” Duncan says.

Improved access to an expanded tumour bank and more sophisticated cell-analysis equipment will position Dalhousie cancer researchers among the pioneers in the promising new frontier of personalized cancer treatment.

“We have a dedicated group of researchers, with complementary skills and interests that allow us to work very well together in this field,” Dr. Marignani says. “We are so grateful for the support of donors to DMRF’s Molly Appeal, who are helping us secure these vital new capabilities. The future of cancer research — and of so many people who will be diagnosed in the coming years — lies in personalized treatments.”

For more information or to give a gift to Dalhousie Medical Research Foundation’s Molly Appeal, click here. 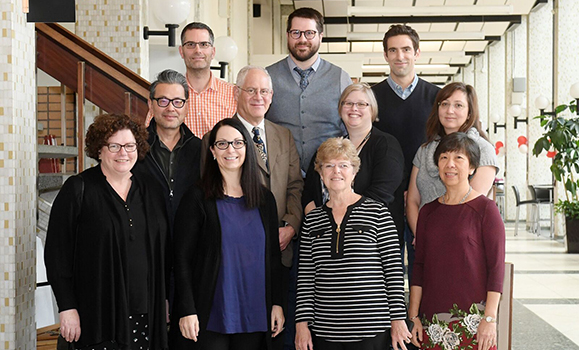