The JELF plays an important research support role for universities. It is designed to help attract and retain top talent from around the world by giving researchers access to start-of-the-art tools and equipment.

On Tuesday afternoon, the Honourable Kirsty Duncan, Minister of Science announced an investment of more than $52 million in 220 new infrastructure projects at 51 universities across Canada.

David Langelaan, Brendan Leung, Andrew Corkum, Ghada Koleilat, Heather Neyedli and Randall Martin were included in this national announcement, and will receive a total of $715,112 for their research projects. Matching funds are also being provided by the Research Nova Scotia Trust.

“Our scientists need the best tools and equipment for ground-breaking research and discovery and we are committed to ensuring they have them,” said the Honourable Kirsty Duncan, Minister of Science in a news release. “Their successes will lead to an improved economy and will fuel an active research community here in Canada and internationally.” 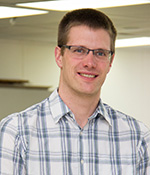 Proteins are molecules in our bodies that carry out functions that are critical to life. Often times, proteins assemble together to do these jobs, such as generating biomaterials like spider silk, collagen, and protective layers in fungi spores. Protein assembly can also create signaling complexes in cells that control gene expression and organism development.

Dr. Langelaan’s goal is to gain a better understanding of how protein assembly works. His research will be used to create new biomaterials, find new strategies to control gene expression, and potentially treat diseases such as melanoma.

The funding Dr. Langelaan is receiving from the JELF will be used to purchase an X-ray diffractometer, which can provide atomic-resolution three-dimensional pictures of proteins. His research will study protein assembly in two different systems:

1) System 1: Hydrophobins are proteins from fungi that are able to interact with and change the properties of surfaces. The X-ray diffractometer will help Dr. Langelaan’s team determine how hydrophobins work, and allow them to design hydrophobins with new properties. Once they accomplish this, the hydrophobins will be used as modifying agents or surfaces such as biomedical implants and fabrics

2) System 2: Transcription factors are proteins in the body that control how cells grow, and are often associated with diseases like cancer. Dr. Langlelaan’s team will characterize how protein assembly influences the properties of melanoma. What he discovers will provide new strategies to treat melanoma. 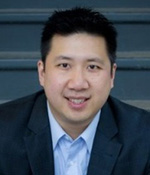 One of the most widely used methods to study diseases in humans is in vitro cell culture. This is where cells are grown on glass or plastic two-dimensional surfaces.

The problem associated with this traditional approach is that is does not accurately reflect the unique environment within living three-dimensional tissues and organs. In addition, current methods cannot accommodate cell culture containing both mammalian cells and microbes (e.g. bacteria and fungus) due to incompatible culture environments. This has significantly limited the understanding of disease progression in humans, and impacts the ability to accurately predict the outcome of drug treatments.

Dr. Leung and his team will combine engineered three-dimensional microtissues with bioprinting technologies to create advanced disease models containing confined microbial compartments based on aqueous two phase systems (ATPS). The funding received from CHI-JELF will allow the Leung lab to purchase a state-of-the-art robotic bioprinting platform and an automated live-cell imaging and analysis microscope. Together these pieces of equipment will allow high throughput fabrication and observations of microbes-microtissue interactions, which will fill the gaps in the understanding of how diseases begin and evolve, help identify new therapeutic targets, and improve patient care care through faster drug discovery. 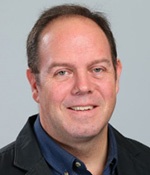 Rock engineering projects such as open pit and underground mining, dam construction for hydroelectric energy, tunneling, rock slope stability and waste isolation all have significant impacts on Canada’s environment and economy. Large-scale rock mass characteristics, such as strength, cannot be directly measured, but are estimated by descriptive characteristics and experience instead.

Dr. Corkum will use his JELF funding to support the development of a representative rock mass material analogue that will be tested in the laboratory with 3D printing technology. Specialized geophysical monitoring equipment that can “see” the progression of rock mass failure with the specimen will be used.

The findings from Dr. Corkum’s research will help provide greater insight into rock mass strength for design. More efficient designs of mine excavations mean that handling, movement and long term storage of waste rock is minimalized. This will have a significant impact on the environment by reducing the carbon footprint created by excavating and transporting materials, and the amount of acid generating rock that would have to be stored. 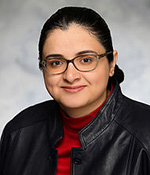 Dr. Koleilat’s team is hoping to position themselves and Dalhousie University at the forefront of the renewable energy sector and textile industry. 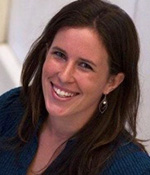 “Brain Gain” – Neuro-Imaging for Health and Mobility in Older Adults

With increasing age, and age-related disorders like strokes, a person’s ability to move decreases. This loss of movement can make it difficult for people to live on their own, and can increase the need for caregiving.

Her findings will be used to design interventions that promote brain activity that is good for movement. 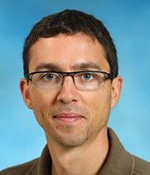 Dr. Martin’s goal is to develop a world-class research program that is designed to evaluate and enhance satellite-based estimates of ground-level air quality.

Dr. Martin’s team will develop a network of ground-level monitoring stations that will be designed to evaluate and enhance satellite remote sensing estimates of fine particulate matter, which are used for research on their impact on our health, and an assessment of their risk.

His work will contribute to Canadian leadership in several high profile international assessments including for the Global Burden of Disease and for the World Health Organization.