The Fountain School of Performing Arts is showcasing a boldly original take on one of Shakespeare’s most well-loved comedies.

A Midsummer Night’s Dream follows the adventures of four young lovers in mythical Athens. We are led to an enchanted forest where we find a handsome fairy king, star-crossed lovers, wood sprites, elves and so much more.

In this unique and thought provoking interpretation, Canadian theatre legend Philip Akin invites the audience on a journey from a dark, cold work camp for prisoners to a shared dream world where people living in an oppressive environment can escape, if only in their fantasies. 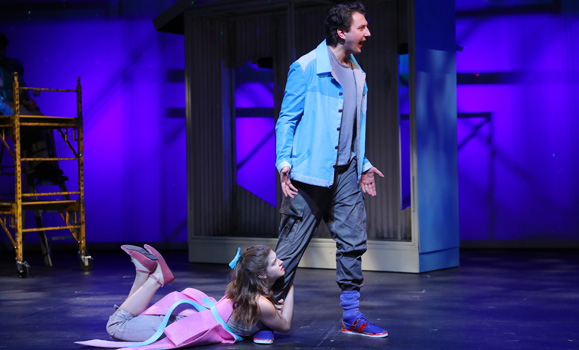 Based in Toronto, director Philip Akin is the artistic director of Obsidian Theatre, Canada’s leading Black theatre company.  His numerous achievements include the William Kilbourn award for the Celebration of Toronto’s Cultural Life and the C.A.E.A. Lifetime Membership award for outstanding contributions to the performing arts. Having directed professional productions at renowned theatres such as Shaw Festival and Blyth Festival, he brings a wealth of knowledge to Fountain School students in this production.

When directing students, he admits there is a certain degree of teaching involved in order for his concept to be fully realized. Akin works hard to establish a good rapport with his actors. “I’ve worked with community theatre groups, with students, and with professional actors, and I remind them that we are all artists together in the room,” he says. 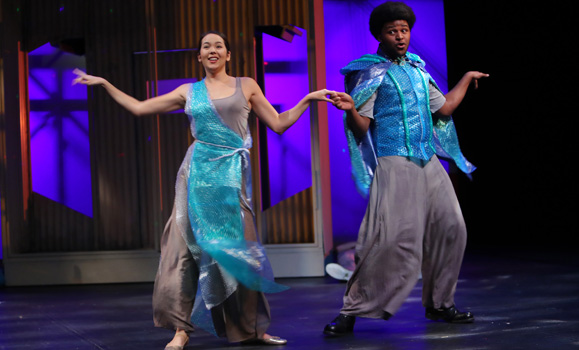 Nathan Simmons, a fourth-year acting student at the Fountain School, says the experience of working with Akin has been “eye-opening.”

“Usually I would approach Shakespeare speaking my lines, but with Philip, he has pushed me to know every word and image,” says Nathan. “He has helped me refine my abilities and come into a better understanding of approaching Shakespeare.”

Nathan plays two characters: Oberon, the King of the Fairies, and Theseus, ruler of Athens, who represents the voice of law and authority in the mortal realm. At the beginning of the play, the workers sleep and Theseus, one by one, calls the other characters into the dream with him.

“I think the transition from reality to the dream would be very surprising to the audience, because it happens very smoothly, and before you know it you are in the dream,” says Nathan.

A transformation in colour

In this production of A Midsummer Night’s Dream, colour plays a crucial role in both costumes and lighting. The show begins in a dark place, but once the dream begins the stage is magically transformed with beautiful colour, the prisoner’s workplace of construction materials becoming set, props and costumes.

“For a story that has been done countless time, this concept really is an original retelling,” she says. “I am hoping that the audience will get so absorbed in the dream that they forget the actual setting.” 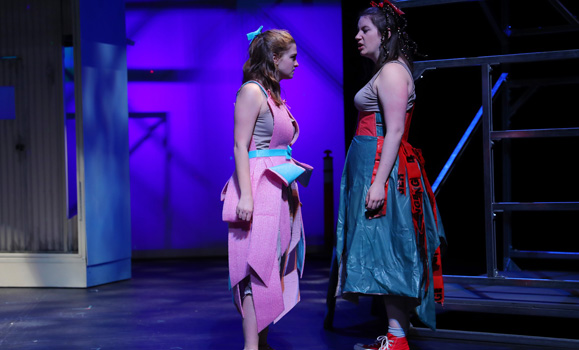 She is thrilled to be playing the role of Helena. “I have dreamed of playing her ever since I first read the play when I was younger, so this has been a treat for me.”

Akin notes that with Shakespeare, or any other play, the audience has a certain amount of responsibility when attending the theatre. “The artist can build something, but then the audience has to come and do their work or their job, and in that relationship comes the relevance.”

Akin and the artistic team have transformed the Dunn Theatre into a magical place and hope audiences will enjoy a night of comedy and escape where “anybody can be anything in their dreams.”

The Fountain School’s production of A Midsummer Night’s Dream opens Tuesday, November 29 and runs through Saturday, December 3, with shows at 7:30 p.m. each evening plus a 2 p.m. Saturday matinee. For ticket information, visit the Dalhousie Arts Centre box office.