One in 15 babies born in Canada has what’s called an orphan disease. And even though there are more than 7,000 such diseases that affect over 300 million people globally, they’re considered rare.

“If you look at use of beds in pediatric hospitals, the estimate is one in three kids is there because of a genetic condition,” says Dr. Chris McMaster, professor and head of Dalhousie’s Department of Pharmacology. “This high incidence of hospitalization is due to the fact that 95 per cent of orphan diseases have no treatment.”

Major pharmaceutical companies generally concentrate on drugs that treat common conditions, so orphan diseases – most of which are genetic – haven’t been a priority, as their name suggests.

Moving new treatments from the lab to the market

Working with partners such as Halifax’s Agada Biosciences and the Vancouver-based Centre for Drug Research and Development, Dalhousie Medical School researchers are taking new orphan disease treatments from the lab and moving them to market.

“I’ve seen first-hand how Dr. McMaster and his team have been diligently working to advance their research and build partnerships,” said Stephen Hartlen, Dalhousie’s assistant vice-president of industry relations and executive director of the university’s Industry Liaison and Innovation Office. “The dedication and commitment to developing new medicines for patients who are impacted by these orphan diseases is both honourable and commendable.”

“Ninety per cent of orphan diseases are life-limiting, and 35 per cent of children born with them don’t make it to their fifth birthday,” says Dr. McMaster. “However, advances in knowledge and technology by clinicians and scientists in Nova Scotia have made it possible to move toward treatments for orphan disease patients, so we can now help these Canadian children in need.”

“This investment will enable Dalhousie University to lead work on the frontiers of science, searching for solutions to debilitating illnesses,” said Andy Fillmore, member of parliament for Halifax. “Children everywhere will be the ultimate beneficiaries of this collaborative work that will help to position Nova Scotia as an orphan diseases research hub.” 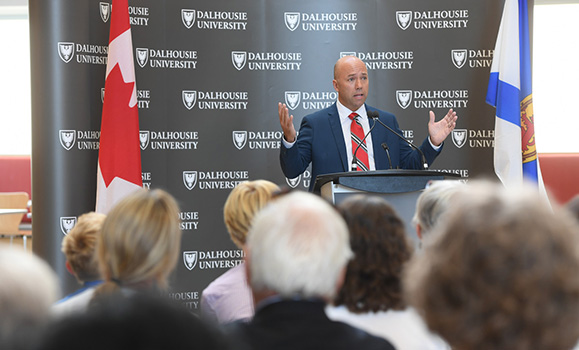 The zebrafish facility, located in Dalhousie’s Life Sciences Research Institute, will be key to advancing the drug discovery. Zebrafish share many genes with humans, so they’re excellent models for testing the safety and efficacy of treatments.

“This project will help establish the Atlantic region as a centre of excellence in orphan disease drug development,” says Dr. McMaster. “We’ll be leveraging the scientific expertise within our Zebrafish Core Facility to conduct drug screenings and to identify future drug development efforts.”

The orphan disease drug discovery work will also result in the training of several highly qualified scientists with expertise in getting treatments from the laboratory to the medicine cabinet.

“It’s a brave new world for genetic conditions, and it’s a perfect storm for us right now in Halifax,” says Dr. McMaster. “We’re identifying genetic links behind orphan diseases, finding targets for therapeutic intervention, and developing compounds that can be turned into medications. So not only will we have faster, more precise diagnoses, we’ll have more precise, targeted treatments for patients.” 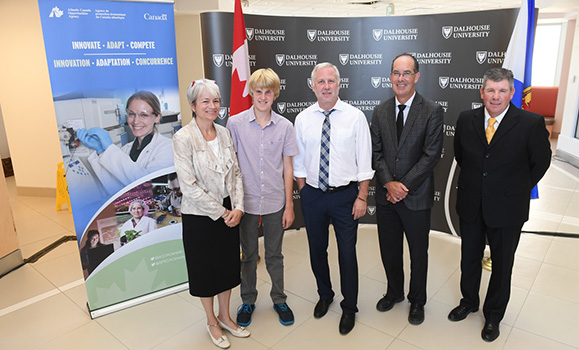