The first time Zoë Caron (BSc’07) took a stand for the environment, she was six years old. Excited about the prospect of having pizza buns for lunch at her Procter, B.C. elementary school, her mood began to sour as she watched her fellow students toss their greasy plates into the garbage.

“We had just had a presentation on landfills and how big they would be by the end of the decade,” Caron recalls. “I asked my teacher why we weren’t recycling these plates and she told me no one would want to wash them. So I said, ‘I will.’”

Gathering them from the garbage, Caron carefully washed and stacked the plates neatly on her befuddled teacher’s desk. “That was the first time that I remember thinking: why aren’t we doing something that is so simple to solve?” 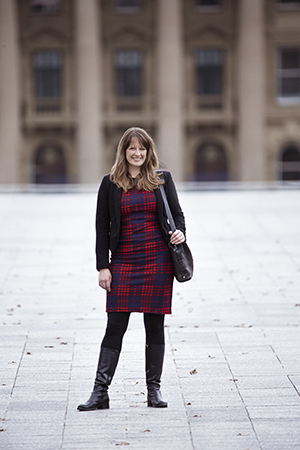 That’s a question Caron has spent the last decade trying to answer. Although she’s come to realize not all environmental issues are so easily resolved as recycling pizza plates, she’s managed to make some impressive headway.

As a founding member of the Canadian Youth Climate Coalition, and past president of Sierra Club Canada, she advanced environmental education and activism with organizations and student groups from coast to coast. She coordinated successful international strategies involving climate change and renewable energy investments as a member of WWF’s (World Wide Fund for Nature) global campaign team. And she partnered with Dalhousie alumna and mentor Elizabeth May (LLB’83) to write Global Warming for Dummies, motivating and equipping thousands with the knowledge to take action on environmental sustainability.

Yet Caron seems slightly uncomfortable being cast as a leader on this pressing issue. She likens herself to an intensive cheerleader, continually encouraging others to push for change. “I think many people underestimate how much power they have as an individual, or how much influence we can have on people around us,” she says.

One individual who had a huge influence on her was Sue Sherwin, professor emerita in the Department of Philosophy. On the last day of Caron’s first year in the Dalhousie Integrated Science Program, Dr. Sherwin led a module on environmental ethics.

“I could feel my heart racing as she talked about legal cases and their outcomes,” says Caron. “I kept thinking: “How is that fair? How is that legal? How are people allowed to do what you’re telling us?’”

Equally aggravated and inspired, Caron approached Dr. Sherwin after class, asking about how she could explore more of these issues in her studies. Caron subsequently took every class she could on the subject of climate change, building courses on the topic in each of her declared majors – International Development and Environmental Sciences – where they didn’t exist.

“The university was incredibly open to what I wanted to do in that field. Today, Dalhousie has the College of Sustainability, and professors have done an amazing job of crossing silos and working together on this issue. I’d almost like to go back to school again to do those courses.”

As it turns out, the university was equally open to Caron’s influence as well. After securing a part-time job as Atlantic Coordinator, Sustainable Campuses, with the Sierra Youth Coalition, Caron and a multi-stakeholder campus group called SustainDal encouraged Dalhousie to hire its first director of sustainability. She also used her honours thesis as an opportunity to motivate the university to switch to Forest Stewardship Certified paper.

Having made her mark on her alma mater, Caron saw she could have an impact on the world by continuing to build relationships and trust. After two years of training university students to advocate for institutionalizing sustainability on campus through Sierra Club Canada, she transitioned to WWF, where she engaged groups around the world to keep climate change on the agenda when Canada hosted the G8 and G20 conferences.

She later joined WWF’s global campaign team that encouraged investors to move their funds into renewable energy and out of coal, oil and gas. Last June, the team and partners scored what was, for them, a significant accomplishment: encouraging the USD$900B Norwegian Sovereign Wealth Fund to end its investments in coal power. 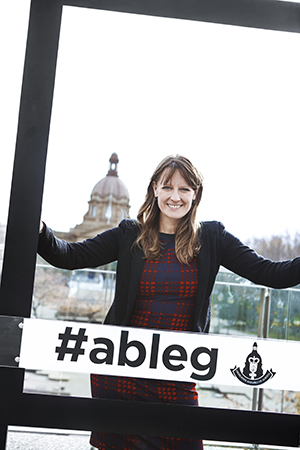 Now, Caron is taking on what may be her biggest challenge yet: to make Alberta a world leader in clean energy and climate solutions in her new role as a senior policy advisor with Clean Energy Canada. She knows it sounds impossible, but Caron is an optimist.

“I believe we have the knowledge, political strength and resources in place where Canada can have a just transition to a clean energy economy, and show the world how it’s done,” she says. “It’s a matter of courage and working out the right solutions to make it happen. The world’s energy systems are already shifting. We can choose to be a part of that.”

Ultimately, Caron would like to work herself out of a job, but the challenges she sees remain far more formidable than pizza-stained paper plates. She’s intrigued at the idea of getting involved in politics as a way to make further progress, but her focus is not on career trajectory so much as how effective she can be in effecting change.

“To me, that would be knowing that, when I die, two-thirds of coal, oil and gas has not been burned. There will be a trillion dollars a year going into sustainable, efficient energy systems. And we will not be locked into a two-degree temperature rise. This will enable our living systems to persevere. Whatever I can do that helps us achieve that, that’s what I will do.”

This article has been condensed from a larger story as part of the Building a Better World series of alumni profiles. Read more great alumni stories.