Dal.ca Home
Home
News & Events
April 2015
21
A global community: Dal ranks as one of the world's most international universities

A global community: Dal ranks as one of the world's most international universities

Qiuling Wu sits in his office inside the new LeMarchant Place building, enjoying the sunshine through the windows as winter finally dissipates. An international student advisor, Qiuling and the other staff at the International Centre moved into the new space last fall.

“Physical space can tell a lot of things, right?” he says. “You know the university is really paying attention to international students, just by the fact that they were given this brand new space.”

In fact, Dalhousie has been paying a lot of attention — not just to international students, but to internationalization in general. Earlier this year, Times Higher Education named Dal the 95th most international university in the world according to their International Outlook Indicator. The ranking takes into consideration percentages of international staff and students and the amount of research done in collaboration with institutions in other countries.

“[This ranking] shows that over the last five, 10 years we have been making a lot of progress in terms of raising our profile on the international scene and attracting more and more international students and international faculty, so that’s very good,” explains Alain Boutet, Dalhousie's executive director of international relations.

Dr. Boutet championed the creation of Dal’s first International Strategy, approved in 2013. “The world is becoming smaller and smaller, with new technologies and with the complex issues we are facing — climate change, social changes — so our communities need to be open to the world,” he says.

But attracting international students is not Dal’s only internationalization priority. There’s also the aim of providing Dal students with international exposure through learning opportunities both off and on campus. This can be done by providing international mobility — exchanges, study abroad programs, summer institutes, field courses and so on — and by integrating global perspectives and cultural competencies in teaching and learning approaches. 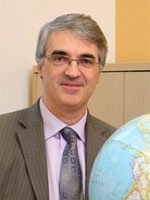 Dr. Boutet also emphasizes the importance of strategic partnerships with other universities around the world.

“This is a case of not only creating new alliances, but also sustaining and reinforcing what already exists in terms of collaboration — while at the same time being also strategic in terms of the alliances, the partnerships we want to develop and sustain for the coming years.”

These partnerships entail recruitment alliances, simplified exchange options for students and faculty, and more emphasis placed on research collaboration with universities in countries like Germany, France, Brazil and China, just to name a few.

Something that Dalhousie keeps in mind as it moves forward with its internationalization initiative is its vision: making a valuable impact at the local, national, and global level. This includes things like finding the right balance between international, out-of-province and domestic students overall.

“As the largest university in Nova Scotia we are conscious of the role we play, in terms of supporting the development of Nova Scotia and local communities,” says Dr. Boutet. “We train engineers, social scientists, artists, doctors and all kinds of professionals, so we have a big responsibility.

“Recruiting and adding international students is very important for the campus and the community, culturally and socially speaking, and it provides economic value as well.”

Retention of international students plays an important role in local impact as well, something that Qiuling is very familiar with. 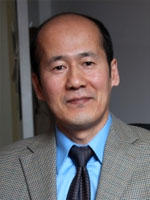 “They’ll come here for anything — academic, non-academic, all sorts of questions and support,” he says. “But for the most part it’s immigration and programs.” This includes things like assisting with renewal of permits, visas, exchange applications, social and information sessions.

For the first time, the Studley International Centre is also hosting a psychologist dedicated to supporting international students. “We’ve never had this before,” Qiuling says. Supporting students who experience culture shock and other struggles that accompany leaving home is an important aspect in ensuring they have a quality experience at Dal.

The new space operates like, “a little community,” adds Qiuling. “Our kitchen, which we never had before, is open to all students… We even open for extended hours for students during exams.”

As for the Top 100 ranking, Qiuling sees it as representative of Dalhousie’s ongoing global growth.

“Maybe the next time I see you we’ll be in the top 50!” Qiuling exclaims.