As evidence, one can turn to the fact that five Mayday fellows have come from Dalhousie —“more than any other university in the United States or Canada,” says Dr. Marsha Campbell-Yeo, Dal’s newest addition to the fellowship. 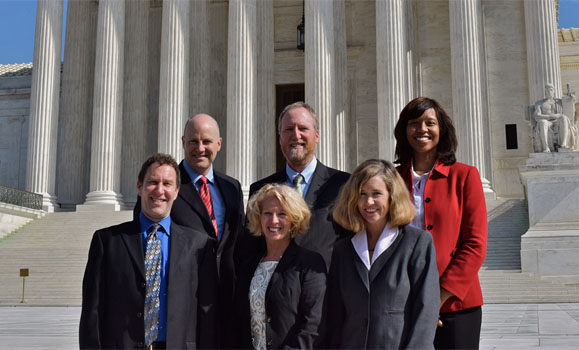 Dr. Campbell-Yeo (middle, front) and the other Mayday Fellows for 2014-15. (MayDay Fund photo)

The Mayday Fellowships, started in 2004, are run by the Mayday Fund, an international organization that helps health-care professionals and scholars better communicate their work with the public and raise awareness to improve the treatment of pain.

Dr. Campbell-Yeo, assistant professor and clinical scientist in the School of Nursing and Departments of Pediatrics, Psychology, and Neuroscience, specializes in newborn pain.

“For a long time people didn’t think babies even felt or remembered pain, so we didn’t treat it very well,” she says. “We’ve come a long way, but we’re still not doing a great job, so we need to do better. One of the areas that I’m really interested in is how we can involve the parents to help us, as health-care providers, to make a difference for their babies.”

As one of six 2014-15 Mayday fellows, Dr. Campbell-Yeo is already working on an exciting project to get her work out there. Having participated in a four-day Mayday workshop in October largely focused on media and communications, she recently released a new video for parents on strategies to manage their newborn baby’s pain.

“It was quite a challenge,” Dr. Campbell-Yeo says, “but we’re really excited that we’ve been able to take the accumulation of what we know … and put it into an interactive and engaging two-minute YouTube video that will help parents — not only of those babies that are born healthy but for preterm infants — for them to better manage their babies’ pain using exciting things like skin-to-skin care.”

Something as simple as holding one’s baby, skin-to-skin, can “significantly reduce babies’ pain response associated with having an immunization, having a blood-test,” she explains. ‘We want to get that message out to moms, because they don’t really know how powerful they can be.”

Dr. Campbell-Yeo shared the video, released last month, with a study in Cochrane Review which demonstrated that “kangaroo care” — an infant in only a diaper against a parent’s bare chest during a procedure — safely and effectively reduces pain.

“It’s speaks to the breadth that Dalhousie has: it’s not just in one area, it’s in all areas, in all types of pain, and we definitely are world leaders. So thanks to the Mayday fellowship for helping us to gain the information we need to get our message out.”

Dr. Yeo's video is one of two videos from Dalhousie and The Centre for Pediatric Pain Research which are currently being considered in a CIHR-Institute of Human Development, Child and Youth Health (IHDCYH) contest for YouTube videos in the area of child health. The other is by another Mayday Fellow — Dr. Christine Chamers — and looks at helping children cope with shots and needles. You can vote for the videos by "liking" them on YouTube until January 8. Learn more about the contest here.