The Fountain School of Performing Arts’ second theatrical performance of its season, Our Country’s Good, is currently running at the Dalhousie Arts Centre. And, as you likely expect, it’s another strong showing — not only for Dal’s acting students, but for students and faculty working to make things come to life from behind the scenes.

The plot of the Timberlake Wertenbaker play, adapted from Thomas Keneally’s novel The Playmaker, focuses on convicts deported to Australia and the military men who have been sent as glorified prison guards. In their roles, Dal’s student performers present a play-within-a-play in prison to redeem their characters’ humanity. The cast is wonderful, and on the night I attended Sarah Deller, in the role of abrasive convict Liz Morden, was a absolute standout. (The role is also performed by Marina Gwynne.) The actors each bring vigour and personality to their characters, complete with British accents and laugh-out-loud lines. 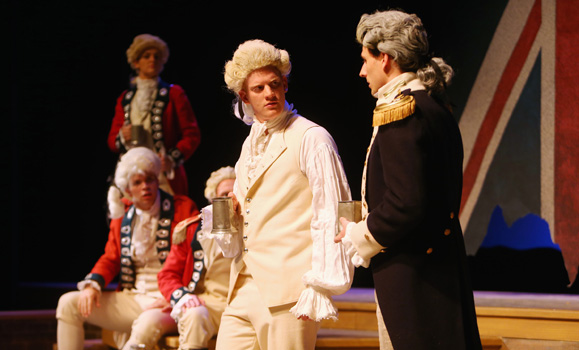 “Lighting reveals the set, costumes, props, and the actors in a way that should help tell the story of the play,” says Bruce MacLennan, technical scenography instructor in the Fountain School. He describes some of the scenes his team had to evoke, including a ship at night, Sydney cove, lone captains tents, a boat rowing up a river, a beach at night, afternoon rehearsals and the backstage before opening night of their play.

For the average theatregoer, lighting may be the last thing on their mind when watching a performance. So what’s really involved? Prof. McLennan says: “Lighting and sound design involves knowing the equipment, studying the play, working with the design team and director, designing the lighting plot, hanging the lighting plot, creating a show for an audience, and performing the show for an audience.” 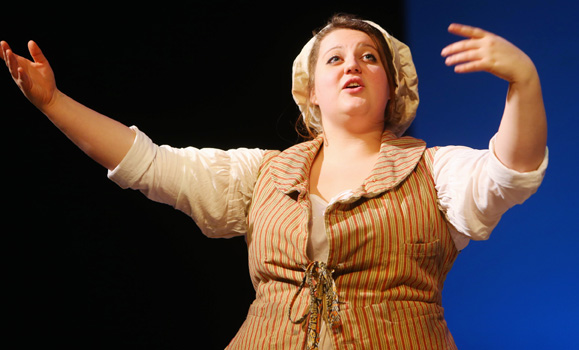 Under the guidance of Prof. McLennan, Dalhousie students put together everything from the preliminary paperwork to the final hanging of the lights — all in four weeks. On the sound side of the production, student sound designer Douglas Cox reworked original compositions from Michael Doherty’s score for the show, utilizing the original 96k sound files as his starting points. All in all, there are over 130 sound and light cues involved in each performance.

“Each element needs to work in harmony,” adds Prof. McLennan.

Through all this work, the production creates an ambiance to each scene that makes it feel real to the audience — and helps Our Country’s Good come to life. 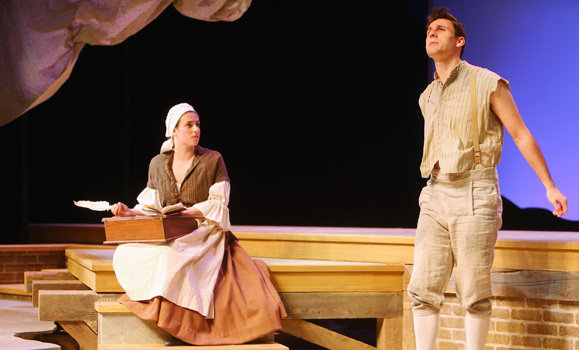