You might think that a religion as ancient as Tibetan Buddhism only lives in books and scrolls and faraway lands. But one Dalhousie professor says that that's not the case.

“Our lives are online now,” Christopher Helland explains. “And in an online world, how do you present the sacred?”

Dr. Helland, associate professor in the Department of Sociology and Social Anthropology, is trying to answer this question by looking at how the Internet is used by different religious organizations to maintain community, identity and beliefs. He has been focusing on the Tibetan community and diaspora over the last couple years.

“I’m interested in the Tibetan community and how it’s keeping them connected in diaspora, because they are scattered far and wide across the globe,” he says, “and how they’re using the Internet to stay connected and transfer their beliefs online so that people who are in North America, Europe or wherever can somehow connect with these very important Lamas and very important rituals.” 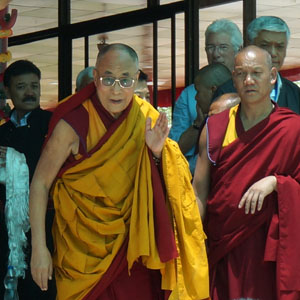 One of the greatest problems faced by followers of Tibetan Buddhism is getting access to traditional and central rituals, such as initiation ceremonies. These rituals often take place in remote and difficult places, such as mountainous regions of India and Tibet. For many of the religious diaspora, getting to these sacred rituals is simply not possible, due to health concerns or the high costs of taking the trip. For these people, the Internet is the next best thing.

“We found they’re very sophisticated in how they promote and use the Internet, and present rituals,” says Dr. Helland. “But when you have someone like the Dalai Lama, who’s very sacred to his community, how do they transfer that online? How do they preserve the charisma so that when people go online and experience the ritual, they feel like they are there?”

A journey to the mountains

In order to answer this question, Dr. Helland traveled to the Himalayan mountains this summer, to attend the 33rd Kalachakra Initiation ceremony in Ladakh.

“It’s a high level tantric initiation,” Dr. Helland explains. “There were 160,000 people that came, mostly from India, but Tibetans from all over. There were about 4,000 westerners there.” 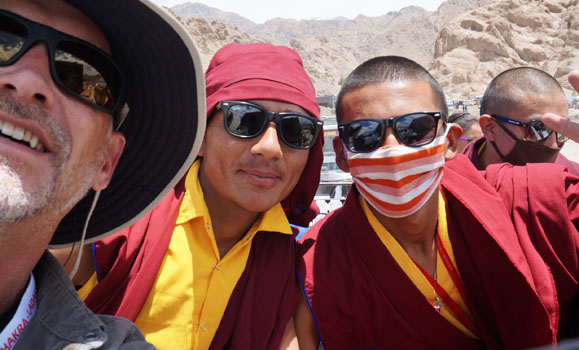 One of they key questions for Dr. Helland, who teaches two courses on religion at Dal, was finding who decided what eventually got to go online. “In the end, it’s actually the Dalai Lama that decides what parts of the ritual get online or not,” he says. “That was surprisingly hard to find out.”

Another important question was determining if the religion’s online presence was exerting a positive or negative influence on its followers. “A lot of people feel that the Internet creates a different, undesirable sort of identity,” Dr. Helland explains. “In the case of Tibetans, the Internet is a very strong tool in keeping them connected.

“Religion has to stay in sync with a contemporary online society. If religion doesn’t keep up with that, then they’re out of touch with their followers.”