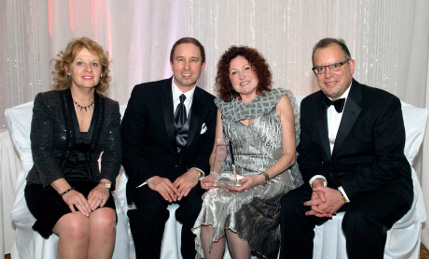 School of Health Administration alumna Barbara Hall (MHA 1996) was the recipient of the National Mentorship Award during this years' Canadian College of Health Leaders National Awards Banquet in Niagara Falls, Ontario.  The award is presented to a leader in the healthcare system who demonstrates exemplary, sustained commitment to mentoring and inspiring healthcare leadership.

Barbara has been a tireless leader, mentor and role model in the healthcare sector for over 30 years.  From her career beginnings as a medical laboratory technologist to her role today as Vice President of Person-Centred Health at Capital Health in Halifax, Barbara has always been a strong advocate, supporter and practitioner of mentorship.