The motivation of this cruise focuses on quantifying biological carbon pump (BCP) and the underlying processes in the Northwest Atlantic, particularly in the Labrador Sea. Our goal is to understand the big picture of regional BCP and influencing factors on BCP efficiency. Since BCP is one of the important natural mechanisms to export atmospheric CO2 into the ocean, it is crucial to understand how its change can lead to future societal and economic impacts under climate change. 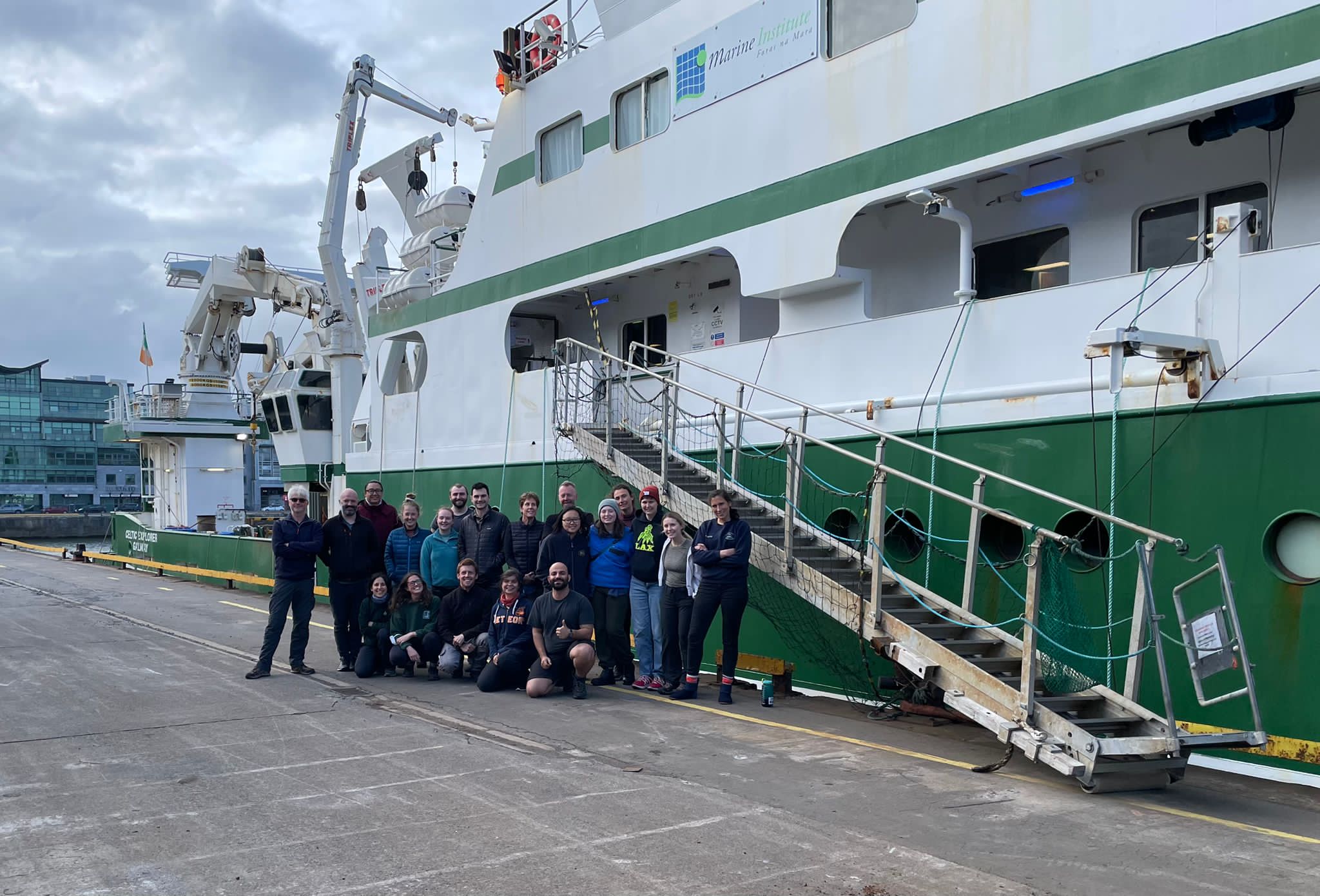 What is the Biological Carbon Pump?

Carbon sequestration by BCP involves many complicated and highly variable processes, therefore it is being studied to untangle the complexity of the system. The uniqueness of the Labrador Sea is in its deep-water ventilation that encourages carbon export of smaller particles and dissolved organic matters, and nutrient upwelling for intense spring blooms in the open ocean. 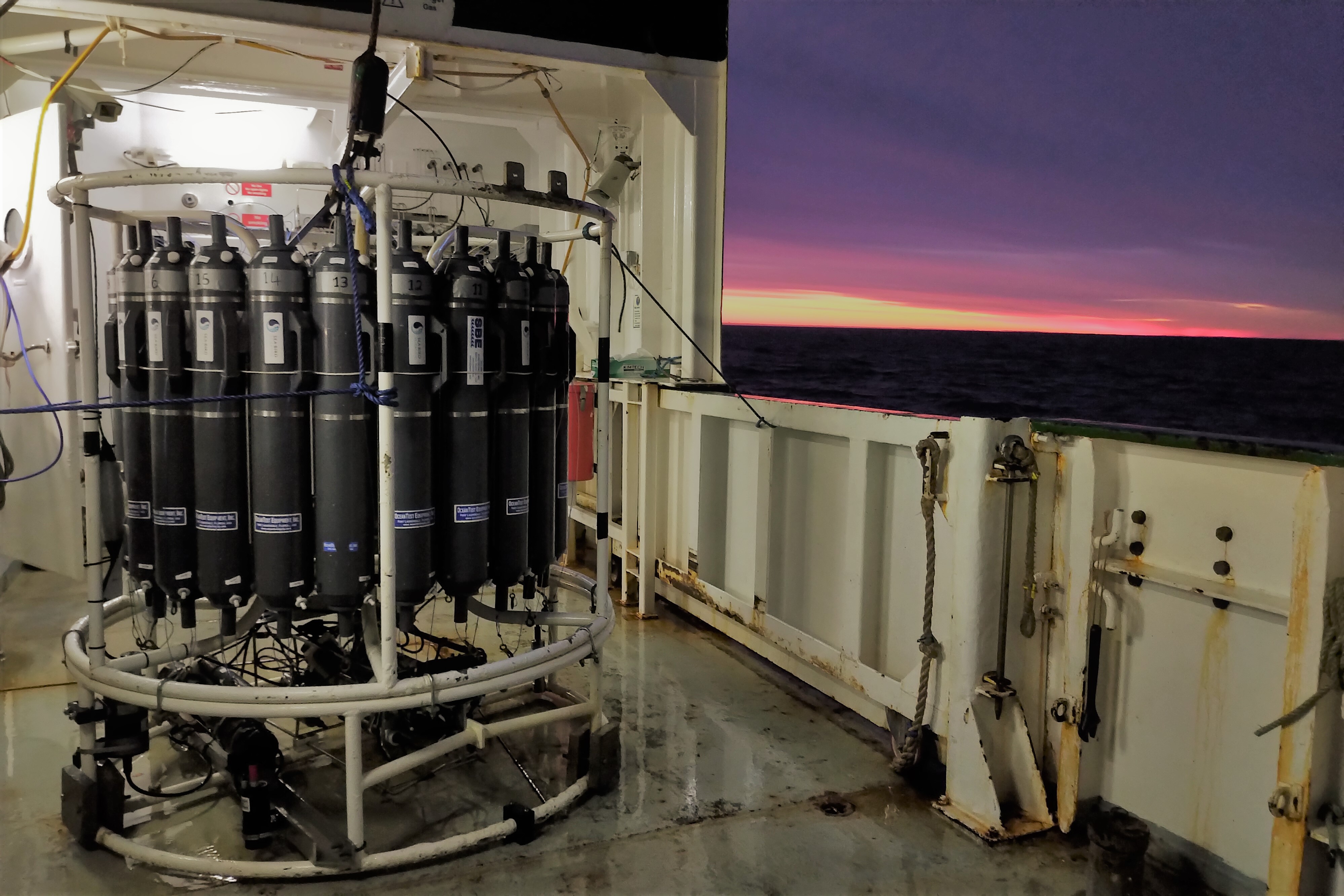 1500 seawater samples are collected during the cruise, including 650 of nutrient samples, 400 of inorganic carbonate samples (pH, Total Alkalinity, DIC-C13) and 56 of dissolved oxygen samples from CTD (Conductivity, Temperature, Depth) rosette. With a flow-through underway system installed by Marine institute, we were able to take the opportunity to collect additional 400 inorganic carbonate samples (pCO2, TA, DIC-C13) from the surface ocean (at the depth of 3 m) while the vessel was steaming. These samples will be helpful to quantify air-sea CO2 fluxes and compare with the underway pCO2 sensor data. Moreover, all dissolved oxygen samples were being analysed onboard using a Winkler titrator, where they will be used for BCP studies and sensor calibration for CTD and recovered gliders.

Read about what other research groups have worked on this cruise!

It has been 3 years since my last cruise to the Labrador Sea. For this cruise, I was responsible for seawater sampling from CTD and underway system, dissolved oxygen analysis and CTD watch. Other than battling with seasickness and the rough sea, I enjoyed every moment on this cruise. I feel incredibly lucky to be able to work with a wonderful team despite our compacted sampling schedule with unpredictable weather and sea condition.

To piece the puzzles together, we were able to examine many aspects of BCP with the astonishing diversity of science being accomplished on this cruise, including studies of seawater chemistry, macroscopic and microscopic biology, dissolved and particulate organic matter (such as marine snow), sediments and isotopes on top of many incubation experiments (biorates and two bioassays).

“Great science can be achieved when everyone is working towards the same goal” would be the best way to conclude this cruise. I shall miss my time spent on the sea with my CE22009 family, the daily routine of CTD sampling and laboratory work, and watching many sunrises and sunsets on the beautiful horizon of the Labrador Sea. I would like to thank the ship’s crew (particularly Tom and Martin), the NWA-BCP science team, the Marine Institute chemistry group (for kindly lending their Winkler titrator), the Marine Institute and the OFI. 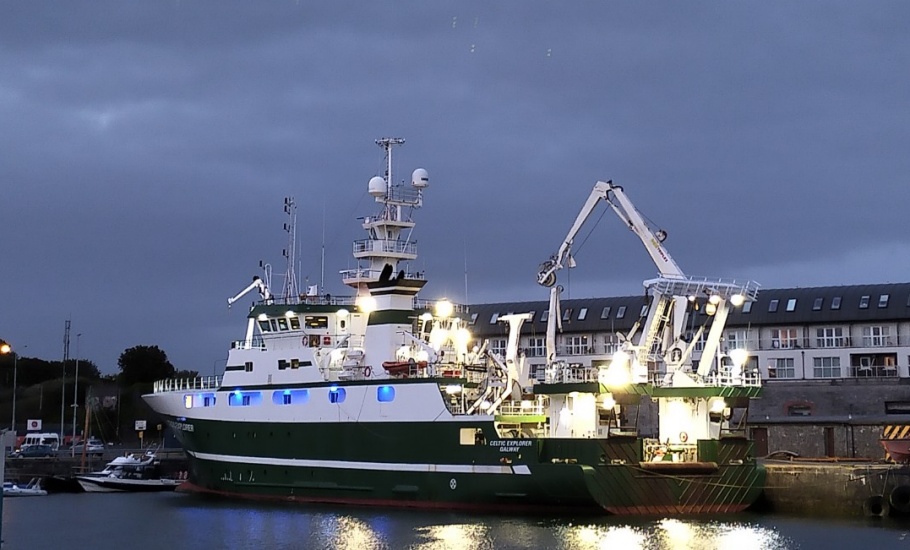 R/V Celtic Explorer at the port of Galway, Ireland 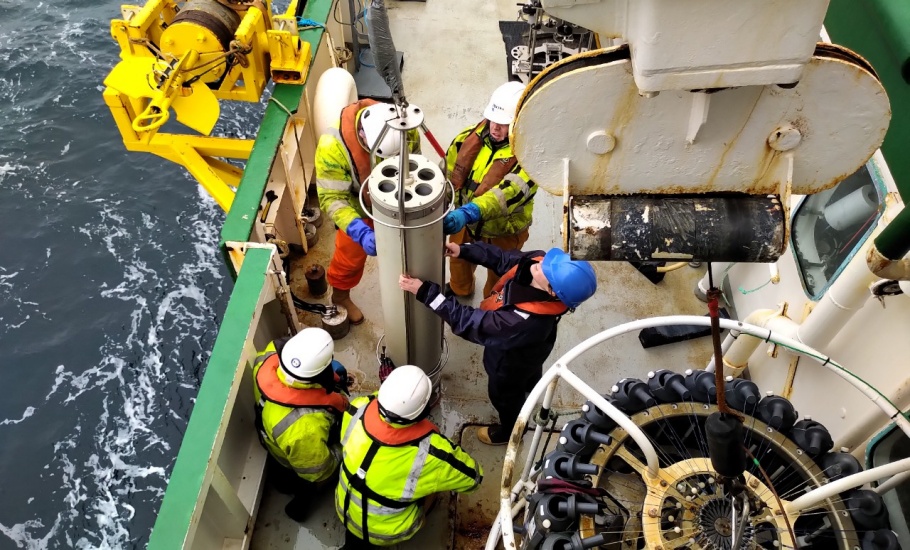 Deployment of a marine snow catcher 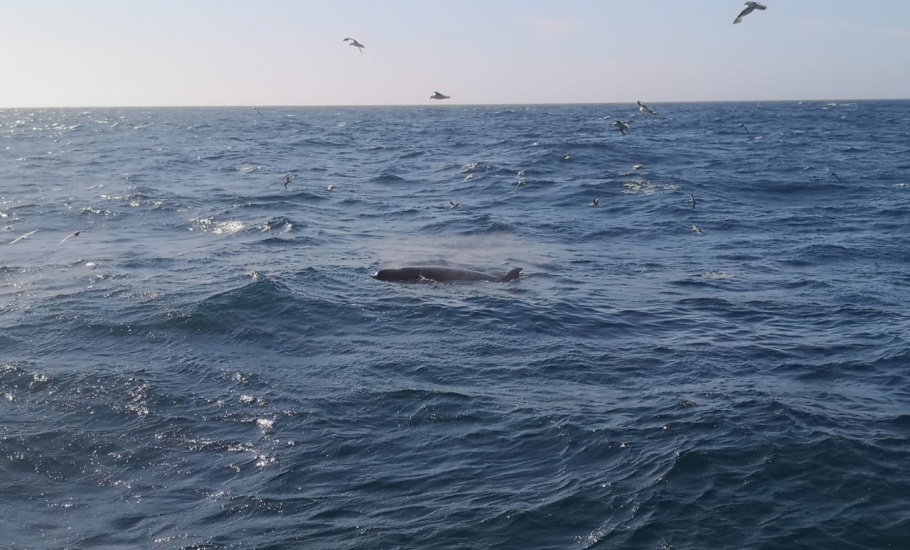 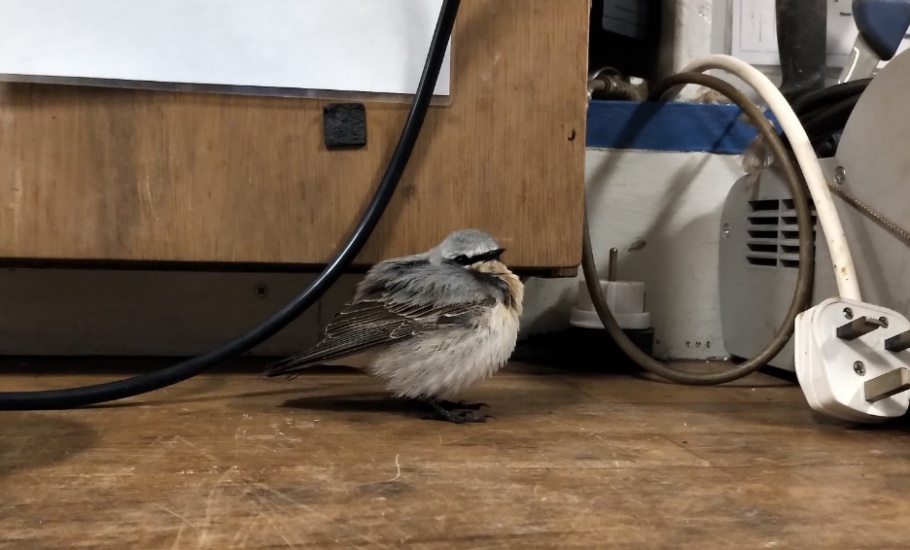 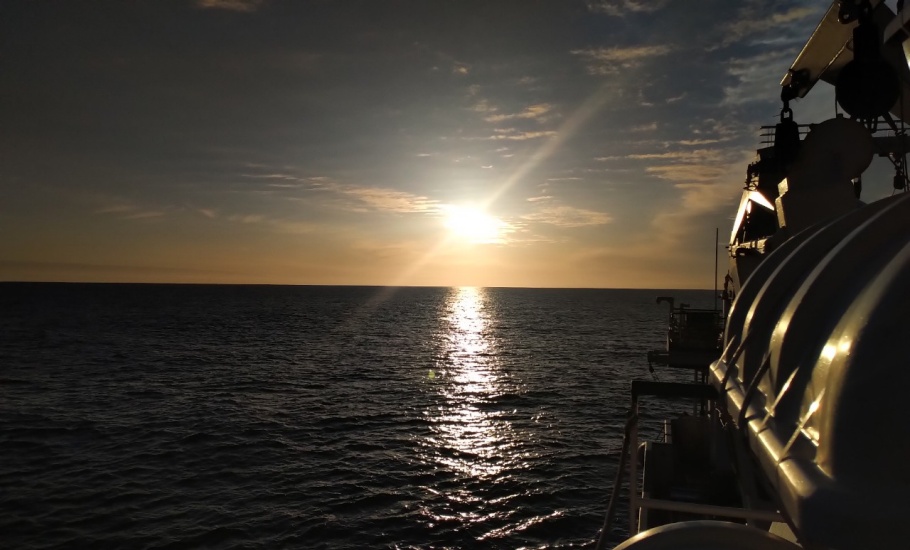 Sunset of the Labrador Sea from R/V Celtic Explorer