Marine Robots – Back in Action at OHMSETT

Posted by Teala Chambers on October 3, 2022 in News
From left to right: Teala Chambers (MSc student), Allison Chua (PhD student) and Piotr Kawalec (Mechanical Engineer). Picture taken in front of the OHMSETT wave tank with the ROV and AUV. (Photo by: Tom Coolbaugh)

This past July, the CERC.OCEAN team put their underwater robots to the test for oil spill experiments at OHMSETT – The National Oil Spill Response & Renewable Energy Test Facility in Leonardo, New Jersey. The team was invited to the facility by Dr. Michel Boufadel from the New Jersey Institute of Technology (NJIT). This research was funded by the Multi-Partner Research Initiative (MPRI) led by Dr. Ken Lee, National Senior Scientific Advisor of the Fisheries and Oceans Canada.

Returning to OHMSETT (read about our previous experience here) with a remotely operated vehicle (ROV) and an autonomous underwater vehicle (AUV), the goal was to test these underwater vehicles in conditions that simulate real world conditions. OHMSETT is the largest outdoor saltwater wave and tow tank facility in North America, which its tank is just over four times longer than a standard Olympic-size swimming pool. It is the only facility where full-scale oil spill response equipment testing, research, and training can be conducted in a marine environment with oil under controlled environmental conditions. 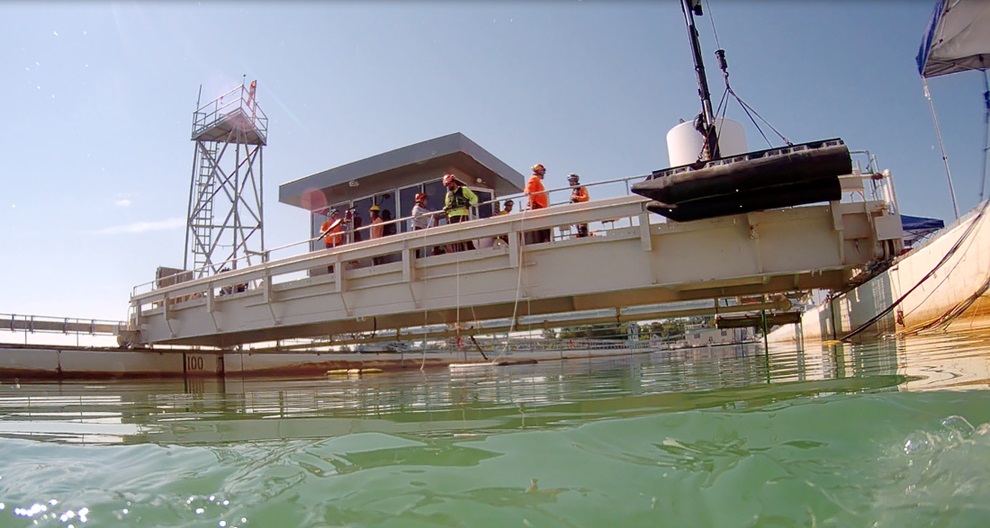 Photo of the bridge deck at the OHMSETT, captured by the ROV.

The team extends a sincere thank you to Dr. Boufadel and his research team at NJIT, particularly PhD student Ruixue Liu for her excellent coordination and support, as well as the staff at OHMSETT, and the BSEE and ExxonMobil representatives that were present for the experiments. We would also like to thank Dr. Ken Lee (DFO) for his continued support of our work within the MPRI project. 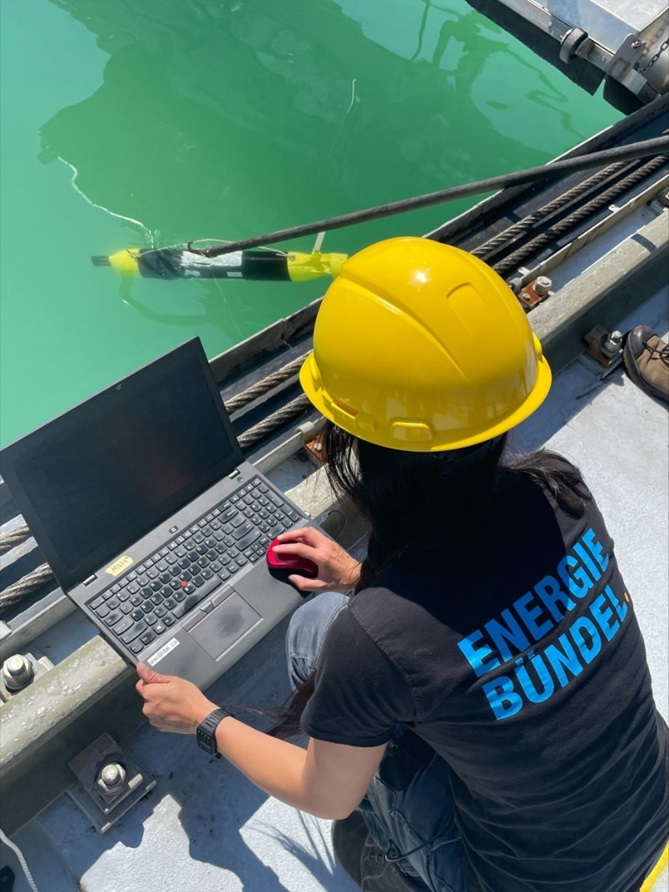