Before she was Queen: Remembering Elizabeth’s 1951 visit to campus

Princess Elizabeth shields herself from the rain with an umbrella during a visit to Dal's campus in November of 1951. (Photos courtesy of Dalhousie University Archives)

An extra day off from classes during the fall term likely sounds appealing to many busy university students — and that's what Dal pupils received in the fall of 1951 thanks to a special regal visitor.

Just months before she was crowned Queen Elizabeth II following the death of her father, King George VI, Princess Elizabeth and her husband, Prince Philip, dropped by Dalhousie's campus on November 8 as part of their 33-day cross-Canada tour that year.

The university cancelled all classes to mark the occasion.

How many hands Her Royal Highness shook during the visit remains unclear, but that of then-Dalhousie President Alexander Enoch Kerr was most certainly among the first. As was that of Lieutenant-Colonel K. C. Laurie, then chair of Dalhousie's Board of Governors. Both men were on hand to welcome the princess to campus, along with naval cadets and officers in training clad in uniform.

On Thursday (Sept. 8), more than 70 years after the rainy-day visit to Dal, Britain's longest-serving monarch passed away at the age of 96.

"I am saddened to learn of the passing of Her Majesty Queen Elizabeth II. We have lowered Dalhousie’s flags in her honour," said Dal President and Vice-Chancellor Deep Saini.

While the Royal Couple's visit to Dal lasted a mere five minutes, large crowds turned out in the wet weather to greet them with cheers. As the Dalhousie Gazette reported in the following morning's edition, "Heavy rain did not make any difference to the size of the crowds. From the University gates on University Avenue to the gates on South Street, students and others were lined up three and four deep . . . to catch a glimpse of the Prince and Princess."

Below, we share some archival images of the visit, including photographs of the princess signing the Dal guest book in the Macdonald Memorial Library. 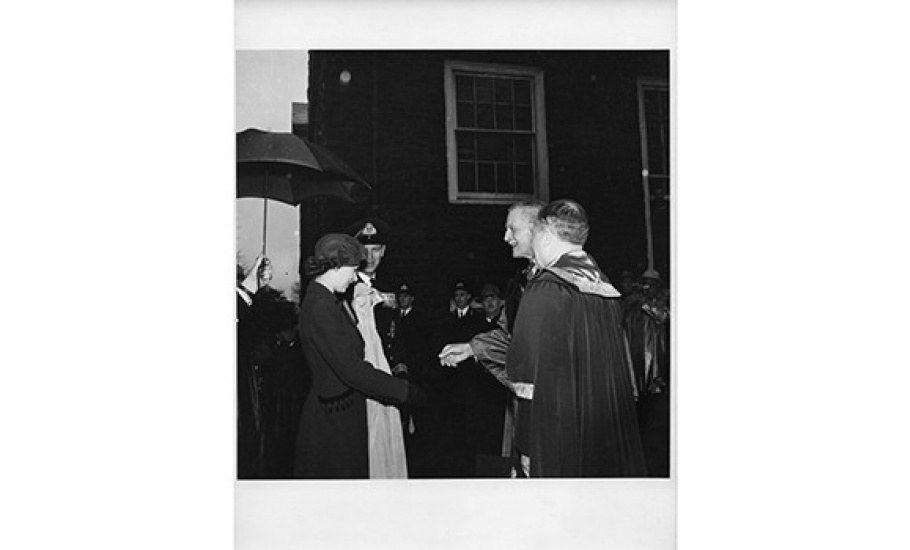 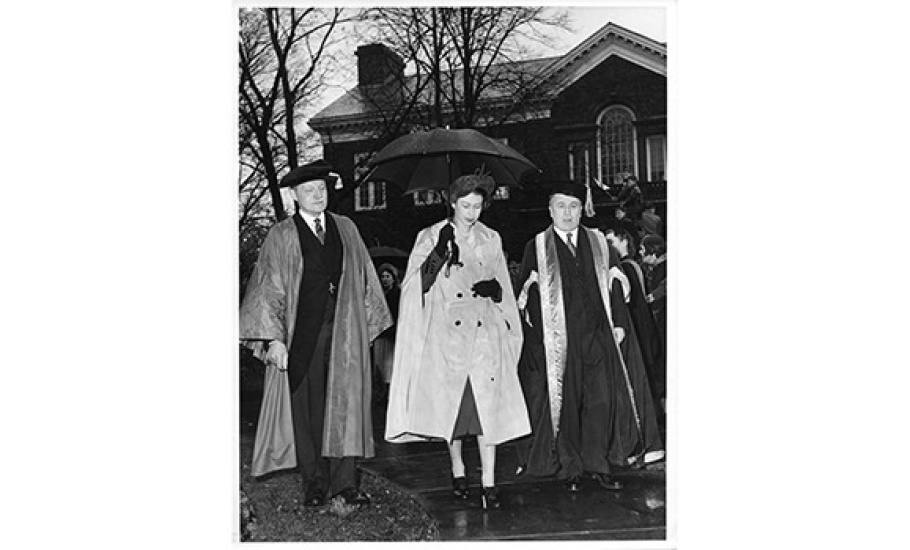 A rainy walk on campus. 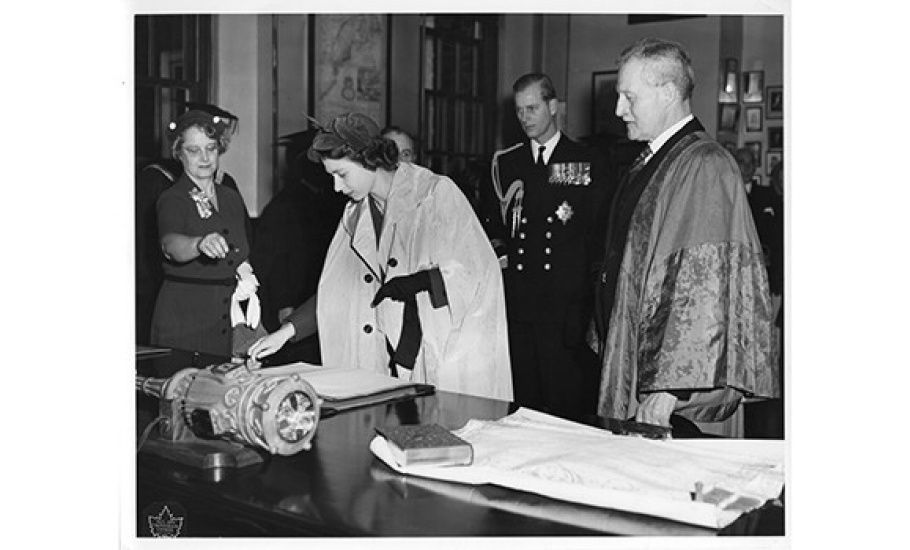 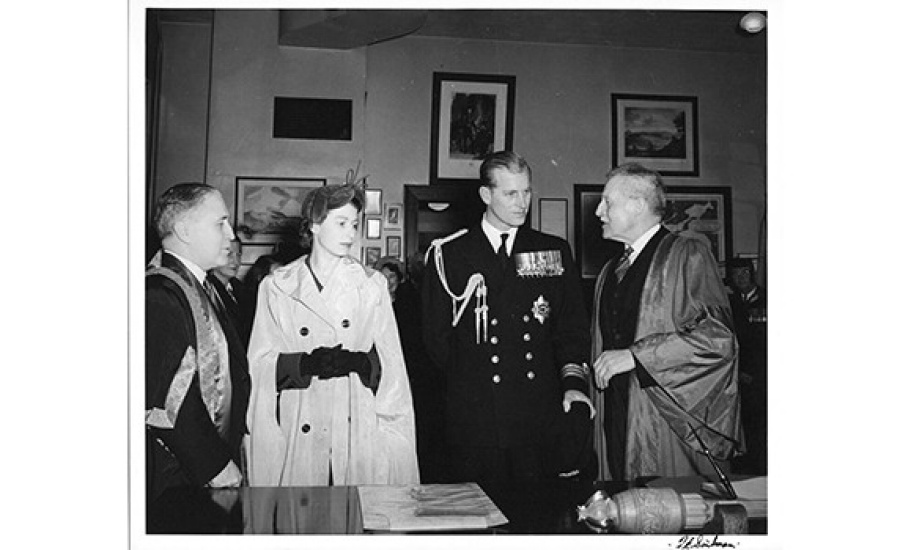 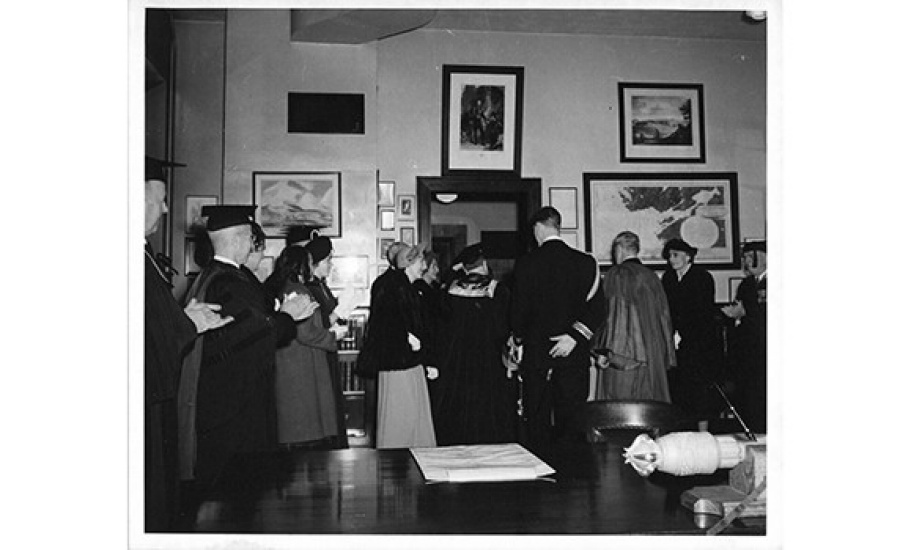 A brief, but special, encounter concludes.