Dalhousie professors Rudolf Uher and Boris Worm were announced last week as two of the world’s most cited researchers as defined by data science company Clarivate in their Highly Cited Researchers 2021 list. To compile its annual report, the company surveys highly-cited papers that rank in the top one per cent by citations for field and year in its global Web of Science database.

“Their inclusion in this list reflects the significant influence Drs. Uher and Worm have with researchers around the globe who are using their findings as a foundation to build new knowledge,” says Alice Aiken, Dal's vice president of research and innovation. “This is yet another example of the world class thought leadership Dalhousie produces.” 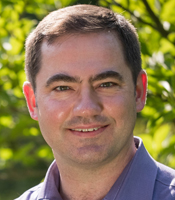 Dr. Uher is the Canada Research Chair in Early Intervention in Psychiatry (Tier 1) at Dalhousie’s Faculty of Medicine. His work examines the interplay of genetic and environmental factors in mental illness so that interventions can be developed to reduce the risk of severe mental illness in young people.

Dr. Uher and his research team find that mental illness and depression in particular can be predictable and even preventable. He has shown that a mix of clinical interviews, speech analysis, sleep and brain measurements can identify young people who are predisposed to mental illness. And, through his TIDE project, he and his team is testing whether personalized treatment for depression can significantly help those who do develop the illness at a young age.

Understanding human impacts on the ocean 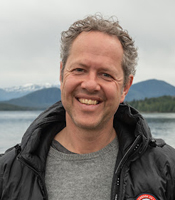 Dr. Worm is a Killam Research professor in the Faculty of Science’s Department of Biology with a focus on marine ecology and conservation. He is known globally for his research examining the relationship between people and the ocean, changes in marine biodiversity, and the effects of fisheries, climate change, and other human impacts on ocean ecosystems. He currently leads a major project at the Ocean Frontier Institute titled “Future-proofing Marine Protected Area Networks” that aims to make marine spatial management in the Northwest Atlantic responsive to the challenges of rapid environmental change and shifting ecosystems.

In addition to substantial influence with peers in his field, Dr. Worm is focused on sharing his research with the world beyond academia and increasing ocean literacy. He is well known to listeners of CBC Radio in Nova Scotia for his biweekly "Oceans Guy" segments on the program Mainstreet, and he was recently named the inaugural Ocean Ambassador at the Ocean Frontier Institute where he works to promote ocean literacy in Canada and beyond, engages with other leaders, and mentors early career researchers.

You can learn more about the methodology Clarivate used to develop the Highly Cited Researchers 2021 list on their website, where you will also find the executive summary of their report.