The following In Memoriam has been shared by Dalhousie President Deep Saini.

Since news broke Friday night that Richard Goldbloom had passed away, many Nova Scotians have been sharing memories and stories of someone who was a founding father of modern pediatrics, a beloved community leader and Dalhousie chancellor emeritus.

These tales focus less on Dr. Goldbloom’s stature as a towering figure in health care and education in our region and around the world, and instead speak to the warm, kind and generous man whose love and care for others informed all the great things he achieved in his 96 years. He would surely be humbled by the outpouring of kindness he and his family are receiving right now.

Dalhousie offers our utmost condolences to his family and all who had the pleasure of knowing or working with him. Campus flags are lowered in his honour. 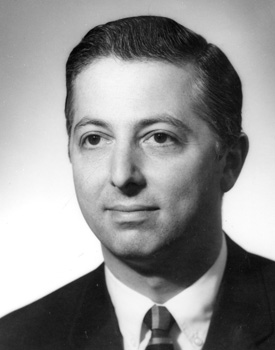 Dr. Goldbloom was born, raised and educated in Montreal, completing his medical studies at McGlll University where he met and married the love of his life, Ruth, with whom he would share 66 years together. Committed to a full-time academic career at McGill, he was recruited to Halifax and to Dalhousie in 1967 to serve as head of the Department of Pediatrics and inaugural physician-in-chief and director of research at the then-under-construction IWK Health Centre.

It is difficult to imagine health care in this region without the IWK Health Centre — yet many of its innovations came from the imagination and inspired leadership that Dr. Goldbloom provided for nearly 20 years. By bringing top research and clinical talent to Halifax and implementing a family-focused approach, the centre became a world-renowned exemplar for pediatric health care. The centre’s vital partnership with Dalhousie continues to this day, built on the foundation Dr. Goldbloom helped establish.

In addition to his clinical leadership and the mentorship and support he provided countless students, Dr. Goldbloom was a prolific scholar, publishing over 140 scientific research papers across a diverse range of topics. He was editor of the definitive textbook in the field, Pediatric Clinical Skills, now in its fourth printing and relied upon by generations of medical students. 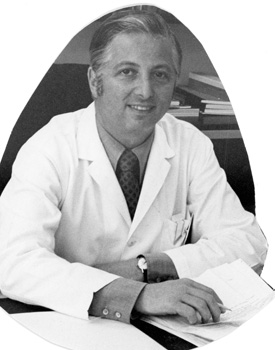 He was inducted into Order of Canada, the Order of Nova Scotia and the Canadian Medical Hall of Fame and received the Queen’s Golden and Diamond Jubilee medals along with several honorary degrees, including one from Dalhousie (LLD’00).

Dalhousie was honoured to have Dr. Goldbloom serve as our fifth chancellor from 2001 until 2008, performing our most important ceremonial role with his trademark warmth and care and taking extra effort to make convocation ceremonies more personal for our graduates. Serving as chancellor was one of the many community contributions that coloured Dr. Goldbloom’s life.

He began the Read to Me program, which for nearly 20 years has provided free books and reading resources to the family of every baby born in Nova Scotia. He was president of the Atlantic Symphony Orchestra (reflecting his lifelong love of music and talent as a pianist), the first board chair of the Waterfront Development Corporation of Halifax and founding chair of the Discovery Centre. Among his favourite engagements: chairing the Maritime Rhodes Scholars Selection Committee for 15 years, helping select some of the region’s brightest students — including many from Dalhousie — for their next great adventure.

Dr. Goldbloom titled his 2013 memoir, A Lucky Life. As lucky as he considered himself to be, surely this city, province and university were equally lucky and then some for having the good fortune to count him among our best.  His full obituary can be found here.