Seizing the day to help seniors in need

Four years ago, Katie Mahoney was juggling school and a restaurant job when a Facebook friend nominated her to perform an act of kindness for someone who truly deserved it. It didn’t take long for Mahoney to choose one of her customers, a senior who regularly brought in baked goods for the staff and volunteered at homeless shelters.

The two women spent the day together, shopping and getting their nails done, and Mahoney realized that while her new friend did a lot for others, her busy life left very little time to pamper herself.

“This was the kind of woman who was always doing everything for everyone,” she says.

Mahoney was left wondering how many other Nova Scotian seniors were in the same position.

“I was 22 at the time, and I’d already had a lot of experiences that most people in their 70s, 80s and 90s hadn’t had. It made me ask the bigger question ‘How many elders have unexplored wishes and dreams that they would still like to see fulfilled today’?”

In a moment of synchronicity, Mahoney discovered that one of her co-workers, Cara Chisholm, shared her interest in spending time with seniors. Together, they co-founded We Are Young (WAY), a non-profit organization built on the premise that, after so many years of investing time in their communities, seniors deserve to have their wishes granted too.

Since 2015, WAY has granted 22 wide-ranging wishes, including a helicopter ride, a live Blue Jays game and a trip to Newfoundland to see an iceberg. 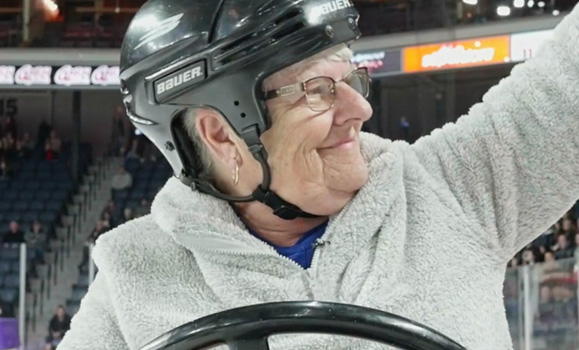 “One lady had wanted to ride a Zamboni since the age of six,” says Mahoney. Growing up, people told her she couldn’t do it because “that’s a boy thing and it’s not appropriate,” but she’d never stopped dreaming. Fortunately, she mentioned her wish to the person who was sitting next to at her at one of her grandson’s hockey games. That person reached out to WAY, and the organization arranged for the woman to travel from Cape Breton to ride the Zamboni at a Halifax Mooseheads game.

As WAY continued to grow, Mahoney realized she’d have to decide between the organization and marine biology. “I had to dedicate all of my time to one or the other,” she says. “I knew I could put [marine biology] on hold, but our elders can’t wait. WAY was needed then, and it’s needed now, so I jumped. It was a really hard decision to make, but it was worth it, 100 per cent. I wouldn’t change a thing.” 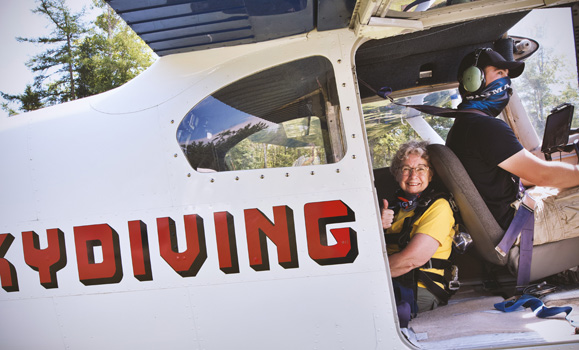 Mahoney may have shelved a dream in order to help others, but the seniors she’s working with are making sure she doesn’t miss out on other opportunities.
Recently a 90-year-old woman, and another in her mid-seventies, wanted to go sky-diving together. When they learned that sky-diving was on Mahoney’s bucket list, too, they encouraged her to go. “It was a wake-up call,” says Mahoney. “Tomorrow is never promised, so why [am I] waiting on something like this?”

When the pandemic arrived, it was a perfect example of life’s unpredictability. With COVID-19 guidelines in place, it became more difficult to grant experience-based wishes, so WAY began looking for additional ways to support seniors. After about a month, they started sending “little wishes” to struggling or isolated seniors across Nova Scotia, in the form of care packages. So far, WAY has distributed more than 3000 of these.

“They have tea, bread, crossword puzzles, a local paper, a mask, hand sanitizer, cookies, jam, and some other trinkets,” says Mahoney. “We try to keep those funds in our community as much as we can.”

As long as WAY continues to receive the necessary financial support, Mahoney plans to continue granting wishes big and small. Much of WAY’s funding comes from grants, but people can also make charitable donations through their website.

“Our biggest realization is how we wish we could grant these wishes a lot quicker,” says Mahoney. “If we were a bigger organization, we could. And we’ll get there, but time is of the essence. Some of our wish recipients aren’t with us today, but we’re very fortunate that we were able to make their wishes come true.”