Danger in the deeps: COVID‑19 spread through wastewater could devastate some marine mammal species

Researchers looked at key amino acids that the virus binds to and found that there were striking similarities between those in humans and in several marine mammals, including dolphins, beluga whales, seals and sea otters. (Photo by Wynand Uys on Unsplash)

Certain species of whales, seals and other endangered marine mammals could fall victim to COVID-19 infection through wastewater and sewage that seeps into their marine habitats, researchers at Dalhousie say in a new study that has found some of the animals to be highly susceptible to the virus.

In a study published in Science of the Total Environment, the team describes how it used genomic mapping to determine which marine mammals would be vulnerable to SARS-CoV-2, the virus that causes COVID-19. They looked at key amino acids that the virus binds to and found that there were striking similarities between those in humans and in several marine mammals, including dolphins, beluga whales, seals and sea otters.

Graham Dellaire (shown left), director of research in the Department of Pathology at Dalhousie, led the research that used a modeling approach to predict a marine mammal’s susceptibility to SARS-CoV-2. The team found at least 15 marine mammal species were susceptible to infection from SARS-CoV-2 because of their ACE2 receptors — the critical protein required for the virus to enter and infect the cell.

Importantly, more than half of the species determined to be vulnerable to SARS-CoV-2 are already at risk globally.

“Many of these species are threatened or critically endangered,” says Dr. Dellaire. “In the past, these animals have been infected by related coronaviruses that have caused both mild disease as well as life-threatening liver and lung damage.”

Same or higher susceptibility to virus as humans

The team predicts that the majority of whale, dolphin and porpoise species — 18 out of 21 — have the same or higher susceptibility to the virus as humans, while eight out of nine seal species are also predicted to be highly susceptible to SARS-CoV-2.

“Our major concern is in developing nations, where there is already a disparity in public health and the wastewater treatment infrastructure required to handle the COVID-19 crisis,” says Saby Mathavarajah, a Killam pre-doctoral fellow in Dr. Dellaire’s lab who co-authored the report. “Monitoring susceptible species in these high-risk areas around the world will be pertinent for protecting wildlife during and post-pandemic.”

Studies have shown that SARS-CoV-2 is excreted in feces and can survive in water for up to 25 days, raising the possibility that wastewater provides a separate mode of spread for this coronavirus, as has happened in Spain, Italy and France where the virus was detected in untreated sewage.

For example, in Italy, SARS-CoV-2 was recently detected in untreated wastewater, while in Paris it was shown that high concentrations of SARS-CoV-2 RNA in sewage water between March and April 2020 correlated with a spike in deaths from COVID-19 about seven days later. In June, SARS-CoV-2 was also detected in the river water in Ecuador, where untreated sewage is delivered directly into natural waters.

Many jurisdictions have at least primary waste treatment but sewage systems can be overwhelmed in certain conditions, leading to the overflow of raw sewage directly into waterways that are home to vulnerable mammals. Even wastewater treated via primary means has been shown to have detectible levels of SARS-CoV-2 RNA. Primary treated wastewater can be released from settling ponds or lagoons, a risk the researchers identified as a potential issue in Alaska where beluga whales could be infected from sewage leaking into local waterways from the state’s system of lagoons. 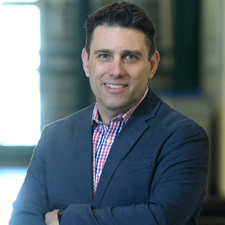 “However, this study helped to shine a light a potentially significant environmental concern of untreated wastewater.”

There have been no documented cases of SARS-CoV-2 in marine mammals to date, but both dolphins and beluga whales have been infected with related coronaviruses in the past. And since most marine mammals are social, it is also possible for coronaviruses to be spread between animals through close contact. So, an infected animal could threaten entire populations.

The authors suggest that susceptible animals could be monitored for infection through innovations such as drone sampling of whale blow hole mucus — called the SnotBot — and even propose vaccinating these animals.

They also recommend limiting interactions between people and animals in zoos to shield them potential exposure to the virus.

Finally, they say wastewater treatment systems should be assessed to ensure they can stem sewage transmission of the virus into natural water systems.

“Given the proximity of marine animals to high-risk environments where viral spill over is likely, we must act with foresight to protect marine mammal species predicted to be at-risk and mitigate the environmental impact of the COVID-19 pandemic,” the paper states.