An international study published in Environmental Research Letters has found further evidence that conservation and restoration of boreal peatlands could be an important tool to mitigate climate change impacts in the north. The Dal Science team, led by Manuel Helbig has found that conservation and restoration of peatlands can fight climate warming both globally and regionally.

“Peatlands are wetland ecosystems that accumulate carbon, which has been removed from the atmosphere as carbon dioxide, over long time periods. They have contributed to climate cooling over the past millennia by lowering carbon dioxide concentrations in the atmosphere,” says Dr. Helbig, who is an Assistant Professor in Dalhousie’s Department of Physics and Atmospheric Science, and lead author of the study.

“While the effect on global greenhouse gas concentrations in the atmosphere has been extensively studied, their influence on regional climates through the exchange of energy between peatlands and atmosphere is less understood.

Peatlands — those wet, mossy bogs often characterized by a lack of trees — are known to be one of the most valuable ecosystems on Earth for their ability to store carbon, preserve biodiversity and lessen the risk of flooding. 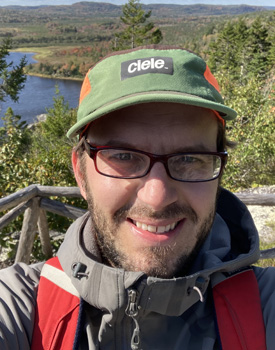 “These characteristics distinguish them from boreal forests and lead to distinct differences in the exchange of energy with the atmosphere,” says Dr. Helbig.

In some regions, peatlands have been drained and degraded over centuries and are continuing to be exploited for industrial activities. This study shows that these ecosystems likely play a significant role in mitigating heat stress in vast regions of the boreal zone — the zone north of the temperate and south of the treeless tundra zone. Conservation and restoration of boreal peatlands can minimize climate change impacts in these regions.

Dr. Helbig and his team used long-term observations of energy exchanges between the land and the atmosphere from North America, Europe, and Russia to demonstrate that pristine peatlands can substantially reduce summer air temperatures and increase humidity in the air compared to evergreen forests — the dominating forest type in the boreal zone.

Evidence from the study shows that boreal peatlands transfer much more water vapour into the atmosphere than boreal evergreen forests while forests transfer much more sensible heat into the atmosphere, warming the air above them. Natural variation between individual observation sites required a large number of observations to detect robust differences in energy exchanges between these ecosystem types. This study highlights that regional climate impacts of peatlands — in addition to their global climate impacts, should be taken into account when quantifying the ecosystem services of peatlands.

“Climate change impacts will vary regionally and partly depend on regional land cover. Some ecosystems contribute to regional warming while others can slow down climate warming. Thus, it is crucial for us to understand how different ecosystems interact with climate. This knowledge can help guide land management and conservation efforts with the aim of minimising climate change impacts,” he says.

Dr. Helbig notes that international collaboration was key to these findings and acknowledges the crucial support through the Global Water Futures initiative and the Boreal Water Futures project led by James M. Waddington (McMaster University), which was an essential piece of this discovery. 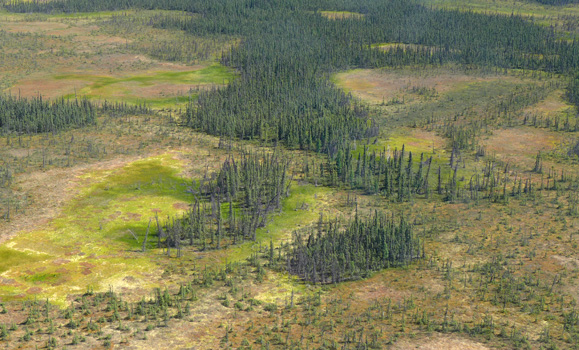 “Across the boreal region, researchers have made efforts to measure the exchange of water and energy between ecosystems and the atmosphere. We have synthesised these datasets to create the first pan-boreal dataset of land-atmosphere energy exchanges. Only with the contribution from international collaborators was this project possible. The success of our project demonstrates the importance of data sharing and collaboration when tackling large scale global climate change questions.”

Their study highlights that global Earth system models — as used for climate projections — need to include peatlands as an important ecosystem type in the north. It also highlights the need to account for regional climate mitigation effects of peatlands when assessing the value of peatlands for societies.

“Our discovery not only highlights that protecting and restoring peatlands can reduce climate warming rates in regions with large peatland coverage, but also that reduced warming rates could have important positive effects on human well-being, ecosystem health, and wildlife,” says Dr. Helbig.