Not on camera: Global study led by Dal researcher finds reef sharks "functionally extinct" in some parts of the world

When researchers deployed 15,000 underwater video cameras on coral reefs around the world, they expected to see sharks in most if not all of the footage they would gather over a three-year span.

The international team was keen to come up with what had to date been an elusive goal: an abundance baseline for the iconic animals. To do that, they set up video stations on 371 coral reefs in 58 different tropical nations in the Indo-Pacific, Pacific, the Western Atlantic and the Western Indian Ocean.

What they found, however, was grim corroboration that overfishing had dramatically depleted the abundance of reef sharks to the point that some are too rare to fulfil their normal role in the ecosystem and would now be considered “functionally extinct.”

“This study pulls back the curtain on the state of reef sharks around the world,” says Aaron MacNeil, associate professor in Biology at Dalhousie and lead author of the landmark Global FinPrint study published today (Wednesday, July 22) in Nature.

“While reef sharks have been studied in a few places, this work gives us a basis for understanding the extent and magnitude of the impact people have had on reef sharks, and what we might do about it.”

Of the reefs surveyed, sharks were not observed on nearly 20 per cent, suggesting a widespread decline that has gone undocumented on this scale until now. Yet the survey also identified critical conservation measures that could lead to a recovery of these iconic predators. 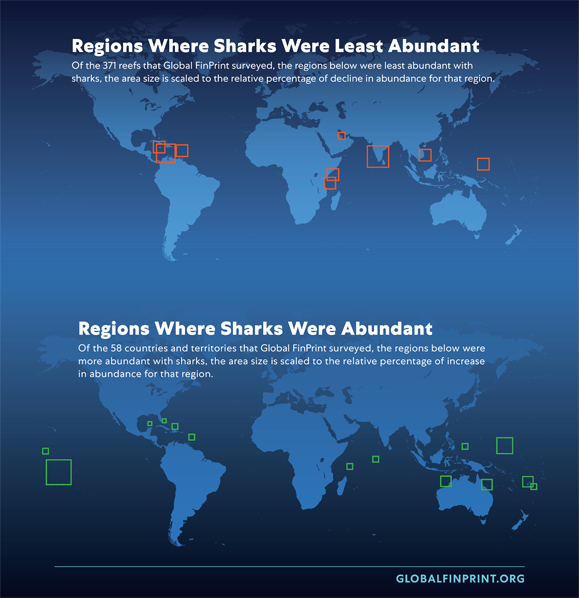 Sharks were largely not seen on the reefs of six nations: the Dominican Republic, the French West Indies, Kenya, Vietnam, the Windward Dutch Antilles and Qatar. Among these, a total of only three sharks were observed on more than 800 survey hours. The researchers define reef sharks as those species that spend most of their life on or around reef habitats or regularly visit reefs, such as grey reef, whitetip reef, blacktip reef, nurse, great hammerhead and lemon sharks.

This first-ever benchmark for the status of reef sharks around the world reveals an alarming loss of an important food resource, tourism attraction, and top predator on coral reefs. Their loss is due in large part to shark overfishing to feed local people, as well as a global demand for shark products, such as fins and meat. The single largest direct contributor to that decline is the use of destructive fishing practices, such as longlines and gillnets.

“We found that robust shark populations can exist alongside people when those people have the will, the means and a plan to take conservation action.”

The results also suggest that long-term, socio-economic disparities have likely led to the functional extinction of sharks from survey reefs in up to eight nations. “This emphasizes that, for many places, there are no clear solutions to promoting the recovery of reef sharks without addressing the socio-economic challenges that indirectly lead to overexploitation,” the authors write.

The study identified several countries where shark conservation is working and the specific actions that can be effective.

The best performing nations included Australia, the Bahamas, the Federated States of Micronesia, French Polynesia, the Maldives and the United States. These nations reflect key attributes associated with higher shark populations: being generally well-governed and either banning all shark fishing or having strong, science-based management that limits how many sharks can be caught. 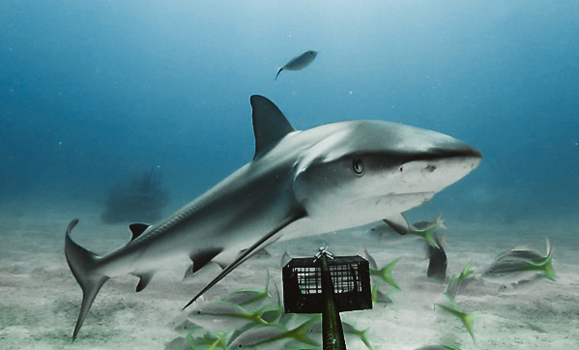 “These nations are seeing more sharks in their waters because they have demonstrated good governance regarding shark fisheries,” said Dr. MacNeil. “From restricting certain gear types and setting catch limits, to national-scale bans on catches and trade, we now have a clear picture of what can be done to limit catches of reef sharks throughout the tropics.”

For example, Dr. MacNeil says the presence of a shark sanctuary, where there is no targeted catch or trade in shark products, was linked to a 50 per cent higher relative abundance compared to nations without such a protection.

In places where sharks are fished and regulations are currently absent, the authors estimate that regional abundance could increase by 15 per cent if catch limits were introduced, while banning certain equipment and introducing closed areas may increase abundance by nine per cent and eight per cent, respectively.

“Now that the survey is complete, we are also investigating how the loss of sharks can destabilize reef ecosystems,” said Dr. Mike Heithaus, Global FinPrint co-lead and Dean of the College of Arts, Sciences & Education at Florida International University.

“At a time when corals are struggling to survive in a changing climate, losing reef sharks could have dire long-term consequences for entire reef systems.”

A global network of cameras

Launched in 2015, Global FinPrint’s data were gathered from 15,000 remote underwater video stations (BRUVS) that consist of a video camera mounted on a frame with a pole that contained about one kilogram of oily fish bait in a cage, dubbed a “Chum Cam.” 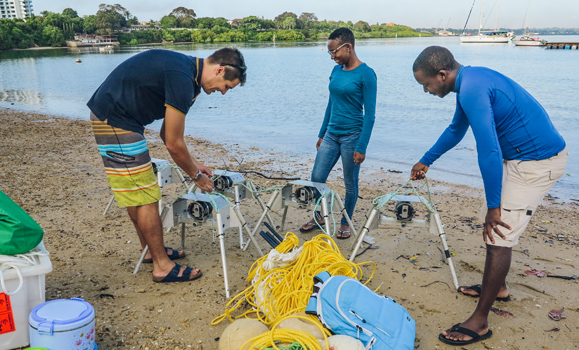 Over the course of four years, the team captured and analyzed more than 15,000 hours of video from the surveys, spotting 59 species of sharks. The project represents the single largest and most comprehensive data-collection and analysis program of the world’s populations of reef-associated sharks and rays ever compiled.

The work, which was funded by the Paul G. Allen Family Foundation, was conducted by hundreds of scientists, researchers and conservationists organized by a network of collaborators from Dalhousie, Florida International University, the Australian Institute of Marine Science, Curtin University and James Cook University.

Additional images by Global FinPrint and the Wildlife Conservation Society.