This article is part of a series focusing on the grads of the Dalhousie Class of 2020. Visit our Class of 2020 virtual space to share in the excitement with our newest graduates.

Noel Guscott of Kingston, Ontario had always been fascinated by politics as a means to help people and would get frustrated when it didn’t do that. In 2011, he began his studies in political science in Ottawa but soon realized it wasn’t the right time to begin that journey.

“I was a lost, 17-year-old student back then with no idea how I could study politics and make it useful,” Noel explains. “I was directionless in my studies, and I spent more time climbing the social ladder and ignoring my financial and personal problems than embracing opportunity.”

Noel’s mindset led to poor grades and diminishing extracurricular involvement, and after a series of family issues, he decided in 2013 to terminate his studies. It took him three years to overcome those hardships and regain his self-confidence. Part of that journey was joining the Canadian Armed Forces (CAF).

“I joined the military and thrived in that community, developing new skills I now apply regularly in my education. The entire four-year experience from Basic Training to my final day with 52 Squadron, 5 Combat Engineer Regiment at CFB Valcartier was full of development, challenges, and growth.”

A decision to 'truly, deeply learn'

Noel’s experience in the CAF included participating in large scale training exercises across Canada and in California, and with his unit working alongside NATO allies in Portugal. He spent about half of his brief military career working as a communications soldier known as a signaller. Noel and his teammates were responsible for setting up and maintaining communications hardware and software for various officers in the field coordinating larger operations – learning to multi-task and work in high-pressure situations. 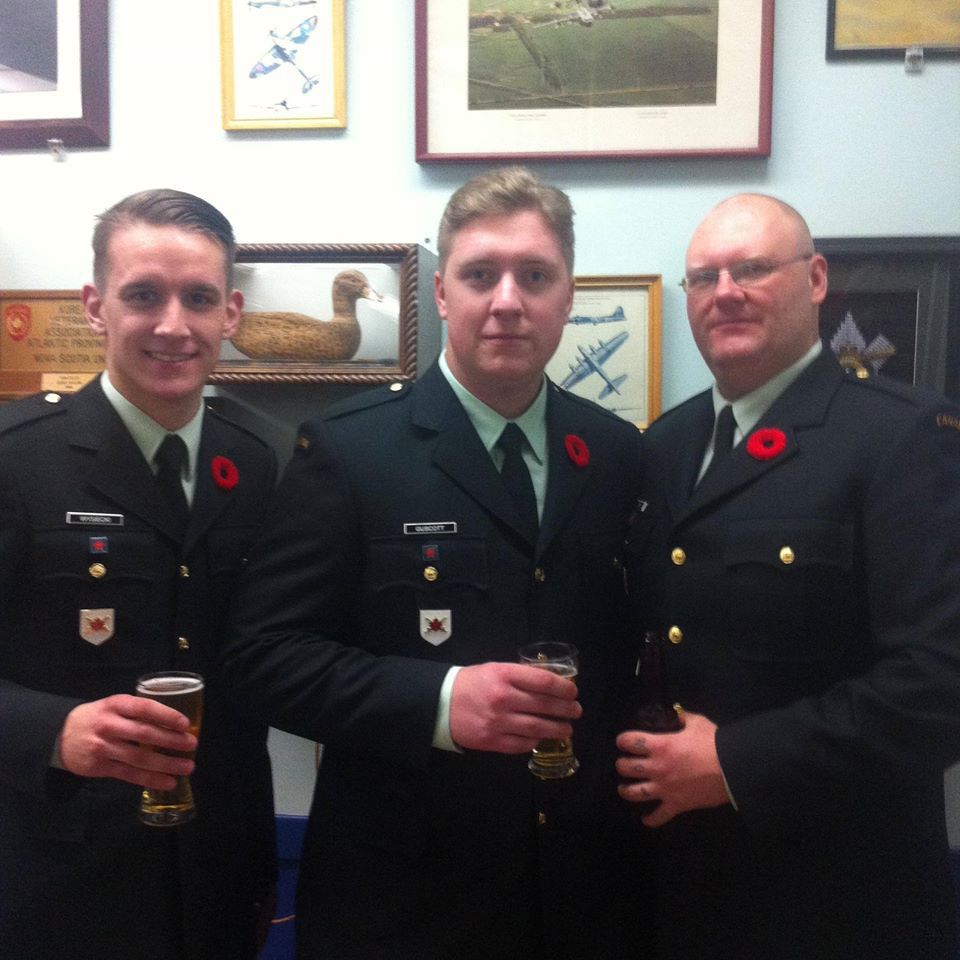 During his military service, Noel took a distance learning course to re-gauge his interest in political science. He finished his four years of service in February 2018, began the transition from military to civilian life, and resumed his studies that fall — this time in the Faculty of Arts and Social Sciences at Dalhousie.

“When I left the military, I really felt lost again. I still felt doubt as to whether a mature, 20-something former university drop out could really graduate. But I decided to just dedicate myself to my studies, push forward, and learn. Truly, deeply, learn,” he says.

He chose Dalhousie for three reasons: his partner was completing her master’s degree in Health Promotion here and he wanted to be with her; he had a network of family members living in the Halifax Regional Municipality; and he wanted to study at a university with renowned scholars in European politics, Canadian federalism, Canadian health politics and other Canadian policy issues.

The path to success

Noel says that Dal’s Department of Political Science really delivered on all of those fronts and, in turn, encouraged his decision to pursue an Honours degree with Katherine Fierlbeck as his supervisor.

Noel’s honours project centred on studying the phenomenon known as the “revolving door” – which he refers to in the political context as the movement of employed persons between the public and private sectors into equivalent or salient areas of work, or vice versa. His research established evidence of this phenomenon among senior political actors in Canada, specifically former federal Ministers and Deputy Ministers of Health in Canada.

Noel adds that he had an incredible experience working with Dr. Fierlbeck and that she has been extremely supportive and adaptable as an academic supervisor.

“She will take the time and patience to sit down with students and have frank discussions about complex academic topics ranging from political philosophy to the modern pharmaceutical industry, and beyond. By the end of a class or meeting you will leave feeling confident, focused, and having learned 50 odd things which are all extremely salient and insightful.”

Noel also took courses in history, sociology and social anthropology, and contemporary studies while completing his arts degree, and he believes that his experiences in all of these classes with a variety of instructors positively impacted his overall experience at Dalhousie. Still, he says he considers himself a political science student through and through.

Noel feels fortunate to have learned from many great minds at Dal. He says he’s been particularly impacted by the support he received from Larissa Atkinson of Political Science and Robin Oakley of Sociology and Social Anthropology. “Both of these amazing instructors impacted my experience in similar ways. As someone lacking confidence in my academic abilities, their time to provide critical feedback and to discuss course and life topics in support of my work was something so special.”

He expanded his political science learning beyond the classroom by getting involved with the Dalhousie Undergraduate Political Science Society and by taking part in the 2019 European Union Tour through the Jean Monnet European Union Centre of Excellence.

Noel was part of a group of 40 students from across Canada and the United States who spent three and a half weeks traveling Western Europe, learning about the European Union from academic experts and EU employees, and immersing themselves in the study of politics in Europe. He adds that his participation in this study tour was probably the highlight of his undergraduate experience at Dal. 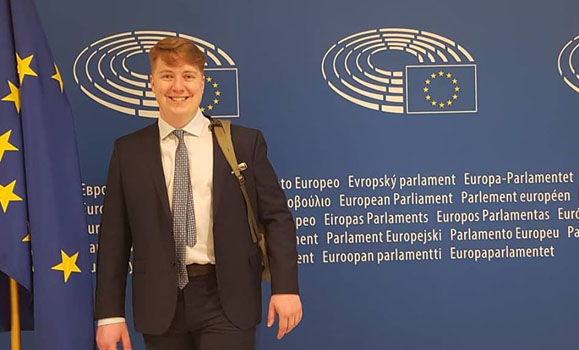 Noel notes that the utility of a degree in political science is that the skills, knowledge, and connections he’s made can help propel him into any career path. He currently foresees himself in a career with the government or a think tank as a policy analyst or researcher. He wants to keep his options open in an increasingly volatile job market and to leverage his different skills, connections and interests in order to be competitive in other fields.

Noel’s experience in the armed forces combined with his deep interest in political science and his reviews of recent media reports inspired him to continue his studies in military health care and pursue a MA in political science, which he will begin at Dal in fall 2020, funded by a graduate scholarship that he’s been awarded by the Social Sciences and Humanities Research Council (SSHRC). His master’s research will investigate the current organization and operation of the Canadian military’s health care system in order to identify political obstacles to the delivery of care in Canada.

Noel adds that winning a SSHRC graduate scholarship means the world to him. It is a culmination of everything he’s worked so hard to achieve and proves the importance of his research interests. It’s also a result of the support from his friends and family. He is relieved to be able to go to graduate school to pursue another new chapter in his professional career and further his research without having to take out another student loan.

He is looking forward to spending the summer working full-time as a research assistant with the Dalhousie Food Policy Lab in the School of Health Administration, and hanging out with his fiancée, Madeleine, and his cat, Chava, before beginning his graduate studies.

“I have spent nine years getting one undergraduate degree. Nine years of failure, adaptation, growth, and success. Nine years of holding onto my passion for politics and figuring things out. It was worth the wait. And I am so happy to be starting my next chapter as a graduate student here at Dalhousie.”