Researchers at Dalhousie to lead clinical trials of COVID‑19 vaccine

Editor's note, August 28: An update to this news item has been provided at the bottom of the story.

The first Canadian clinical trials for a potential COVID-19 vaccine will be led by researchers at Dalhousie University, with testing set to begin as early as the next few weeks.

Prime Minister Justin Trudeau announced Saturday that the Canadian Center for Vaccinology — a centre based at Dalhousie, the IWK Health Centre and Nova Scotia Health Authority — will lead the trials after receiving approval by Health Canada. They are still awaiting ethics board approval, which they hope to receive within a few weeks.

Dr. Scott Halperin, the centre’s director, says he and his team will continue work started by their partners at the Chinese manufacturer CanSino Biologics, which has already begun human vaccine trials in China.

“We will be doing a Phase I/II clinical trial to first assess the safety and tolerability of the vaccine, secondly the immune response to the vaccine, first in younger adults and then older adults,” says Dr. Halperin (pictured), who is also a professor of Pediatrics, and Microbiology & Immunology at Dal. 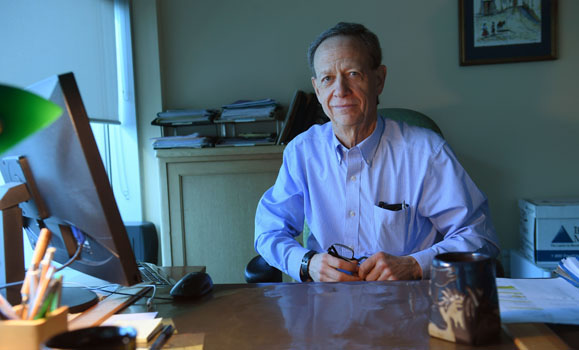 “We want to make sure that the vaccine is safe first in younger individuals before we go into people who may be at higher risk.”

The initial tests can be “quite intensive” in terms of monitoring and will involve healthy people between the age of 18 and 55, while the second group will include people from 65-85 years old. Dr. Halperin says Phase I will involve under 100 participants in Halifax, while the subsequent stage will involve close to 500 people in other Canadian Immunization Research Network, or CIRN, clinical trial sites across Canada.

The vaccine will then undergo Phase III studies, which are designed to see if the vaccine works. In that stage, “people are given either the vaccine or a placebo and then one waits to see who gets infected during the normal course of exposure to the virus in their lives,” says Dr. Halperin.

It is hoped that that could begin as early as this fall.

The team at Dalhousie, which includes research assistants, data managers, lab personnel, nurses and physician investigators, is following up the work by CanSino, which started Phase I studies mid-April and Phase II in early May. Dr. Halperin used early data from those studies to support the application for a clinical trial in Canada. The Canadian Phase I study will further expand the information about this vaccine.

“We are so proud to have the first clinical trial for a potential COVID-19 vaccine taking place through Dalhousie University’s Canadian Center for Vaccinology,” says Alice Aiken, vice-president research and innovation at Dalhousie. “It is a pivotal time for research and innovation in Canada, and the results from this trial could yield real and life-changing impacts that will be felt worldwide.”

CIRN was started with funding from the Public Health Agency of Canada to ensure Canada had the capacity to respond to outbreaks, emerging infectious diseases and pandemics. It was originally created to address the H1N1 pandemic in 2009 and also played a critical role in the vaccine response to Ebola.

“It's what we were designed to do and it demonstrates good foresight by the Government of Canada to support this infrastructure so it is available when needed,” says Dr. Halperin.

It’s possible that the federal government could sanction an expedited emergency release of a potential COVID-19 vaccine if it is seen to be working and is deemed safe, thereby shortening the usual process that can take years. That was done with the Ebola vaccine in west Africa before trials had been completed.

"Research and development take time and must be done right. But this is encouraging news," Prime Minister Trudeau said Saturday.

The National Research Council, or NRC, will work with the manufacturers so the vaccine can be produced and distributed "here at home," if it proves successful.

The vaccine — Ad5-nCoV — is essentially a genetically modified adenovirus, carrying a spike protein specific to COVID-19 to help the human body prepare to identify and destroy the virus, according to the NRC. It says the Chinese company developed it using the HEK293 cell line — an NRC cell line licensed to it by Canada for the development of a Chinese vaccine against Ebola.

Dr. Halperin says the intellectual property rights for the vaccine will stay in Chinese hands, but the NRC’s involvement would help ensure Canada gets its guaranteed domestic supply.

CanSino has made solid progress advancing its vaccine candidate, with published results from its Chinese Phase 1 and Phase II trials in Lancet and made its data publicly available. It has also since indicated that it is being authorized for Phase III trials in other countries.

However, to a delay in the shipment of the vaccine doses to Canada, the National Research Council has decided to move on, and focus their team and facilities on other partners and COVID-19 priorities. This includes working with a range of Canadian therapy and vaccine teams, and in-depth work with two other vaccine collaborations. These include:

Additionally, through NRC IRAP,  they are reviewing a range of vaccine and therapy proposals recommended for support by the Vaccine Task Force that were introduced to them through Innovation, Science and Economic Development. They are also actively pursuing discussions with other partners to collaborate on other vaccine candidates and those collaborations will announced as they are confirmed.