Projected changes of marine animal biomass by the end of the 21st century (% difference compared to the end of the 20th century) under two climate change scenarios: the left, with strong mitigation, the right with business as usual. (Via FACETS)

Marine species are projected to decline in the Pacific and Atlantic oceans yet increase in Arctic waters — this, according to climate change scenarios created by researchers using state-of-the-art modelling.

A team of researchers led out of Dalhousie combined results from multiple models that projected the amount of marine animal life — including everything from tiny zooplankton to whales — under four different climate change scenarios.

Those scenarios, envisioning what Canadian ecosystems may look like over the coming century, were based on four different levels of greenhouse gas emissions often used by the Intergovernmental Panel on Climate Change. This unique approach provides a more complete understanding of climate-driven changes in Canada’s oceans compared to any single model.

The researchers, whose findings were published in the journal FACETS in March, found substantial differences in the direction and magnitude of the predicted changes under four emissions levels. 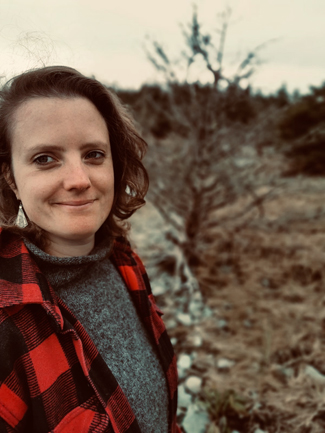 “Our results suggest that there will be strong regional differences in the consequences of climate change for Canadian ocean ecosystems and the communities that depend upon them,” says lead author Andrea Bryndum-Buchholz, a PhD candidate in the Department of Biology (pictured). “This is a first step towards identifying and understanding what these differences may be.”

Marine life on the move under climate change

The study suggests that the declines in biomass — or animal life — could decrease by up to 40 per cent in the Atlantic region by the year 2100 under a business-as-usual scenario. But that decline is just 10 per cent in the same region with the introduction of robust measures to combat emissions.
On the Pacific coast, the biomass decline is about 20 per cent if little is done to control emissions.

The research provides critical insight into how marine ecosystems will be affected by the changing environment.

“Our study is the first model ensemble approach to evaluate climate change impacts on marine life across Canada’s oceans, and it is part of an international effort covering the global ocean,” says co-author Villy Christensen, a professor at the University of British Columbia.

“We have to mitigate climate change if there is to be seafood for future generations.”

Without such mitigation measures, the projected changes will likely have significant consequences for commercial fisheries, as well as marine management and conservation in Canada.

It could mean that as waters warm and ocean acidification worsens, various species could shift their habitats. That has already been seen in Maine, where lobsters have been migrating north possibly due to increasing water temperatures.

“It’s becoming a little too hot already, so they’re moving further north  and some people are expecting they could move further and further, leading to reduced lobster catches in some regions in Atlantic Canada,” says Bryndum-Buchholz.

The paper, “Differing marine animal biomass shifts under 21st century climate change between Canada’s three oceans,” is an important case study for climate change impacts and serves as a call to managers to consider those impacts in ocean governance.

“It is critical to understand when and where changes in the marine environment will occur, especially to future-proof current conservation and management actions,” says co-author and Dalhousie Associate Professor Derek Tittensor.

“At a time of increasing public and political awareness about climate change in Canada, our projections underpin and inform long-term planning and policy development for marine ecosystems.”