They excel in their fields of play — and off the court, too, from their courses to contributions to their community. Meet this year’s winners of the top Dal Tigers student-athlete awards.

FEMALE ATHLETE OF THE YEAR (Class of ’55 award) 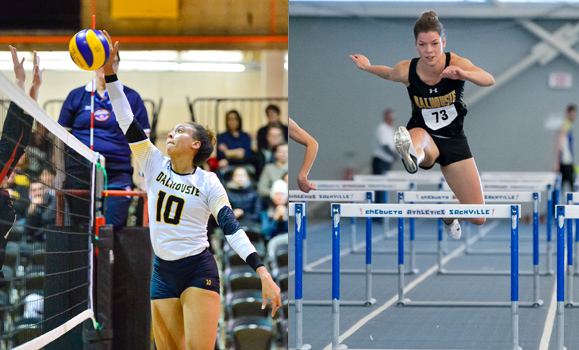 An AUS first team all-star for the fifth-consecutive time, Courtney Baker led the Tigers to their eighth-straight AUS championship title this season. She also became the first women’s volleyball player to be named the conference’s most valuable player in three-consecutive seasons.

Courtney was also named a U SPORTS first team All-Canadian for the third-consecutive season and earned the prestigious title of U SPORTS Player of the Year. She is the first Dalhousie women’s volleyball player to earn the title since Karin Maessen in 1981-82.

Lorena Heubach had a tremendous amount of success in just her third year with the Tigers. She earned four gold medals at the AUS championships on her way to being named the championship MVP. She won the high jump, long jump, 60m hurdles and was a member of the first-place Tigers 4x200m relay team.

The AUS field athlete of the year, she went on to win gold in the long jump at the national championships, earning U SPORTS first team All-Canadian honours in the process. The women’s track and field MVP, Lorena set new AUS, Dalhousie and Nova Scotia records in the long jump and a Dalhousie record in the pentathlon this season.

MALE ATHLETE OF THE YEAR 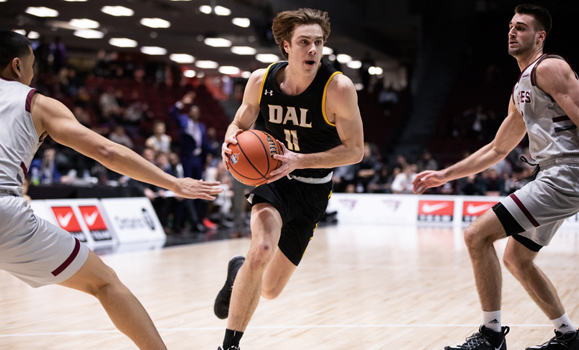 He averaged a team-high 15.6 points per game and 5.5 assists per game playing in 19 of 20 regular season games this season. An AUS first team all-star, he was also named to the conference championship all-star team. Keevan became the first Dalhousie men’s basketball player to be named a U SPORTS first team All-Canadian and was named to the national championship all-star team after leading the Tigers to a silver medal finish.

The President’s Award recognizes an individual who best combines athletics, academics, leadership and fair play; a combination for which we hope every student-athlete strives. One female and one male student-athlete are selected each year. 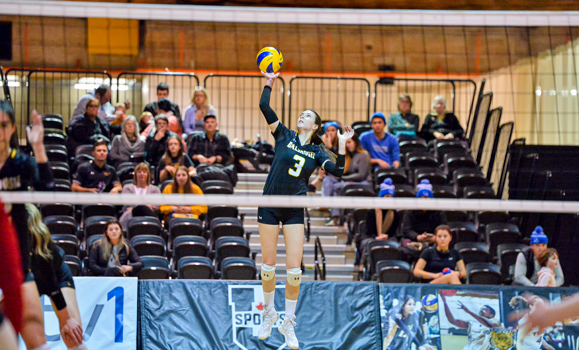 A fifth-year combined medical sciences and engineering student, Victoria Haworth had an amazing season this year. She led the AUS in hitting percentage and was second in total blocks and service aces per set earning AUS first team all-star honours for the third time in her career. She was also named a U SPORTS second team All-Canadian in helping to lead the Tigers to their eighth-straight AUS championship title this year.

A standout in the classroom as well, Victoria is an Academic All-Canadian and is the first student at Dalhousie to pursue a combined degree in medical sciences and engineering. Not only does she work hard on the court and in the classroom, she is very devoted to community service work. A member of the Varsity Council, she serves as the Special Tigers co-chair, bringing Tigers student-athletes and Special Olympians together on a regular basis.

Victoria also led the Tigers ‘Serve for the Cure’ initiative this year, raising more than $6,500 for cancer research and program support. She also serves as a volunteer coach with the Tigers Volleyball Club’s U18 girls’ team and volunteers with Ronald McDonald House, Relay for Life and as a Special Olympics track and field official. 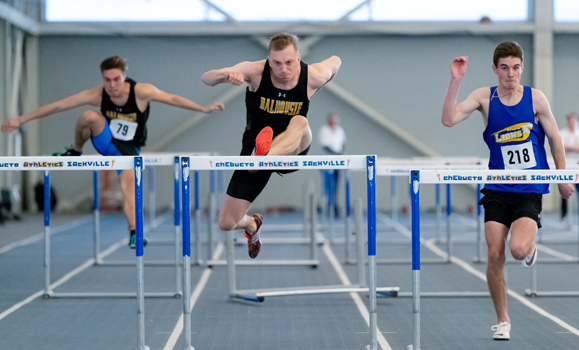 A fifth-year civil engineering student with a cumulative GPA of 3.80, Matthew Coolen had another outstanding season on the track. An AUS all-star for the fifth-consecutive season, he won the 60m, 60m hurdles and 4x200m relay at the AUS championships in February, helping the Tigers to their 18th conference title in 19 seasons.

He and his fellow captains have been instrumental in changing the culture of the track and field team, helping to bridge the gap between all of the disciplines/event groups. A real team guy, he supports his teammates at each of their events in addition to scoring points at meets to help his team succeed. In his spare time, Matthew collects track and field gear to donate to youth track and field groups and programs.

COACH OF THE YEAR 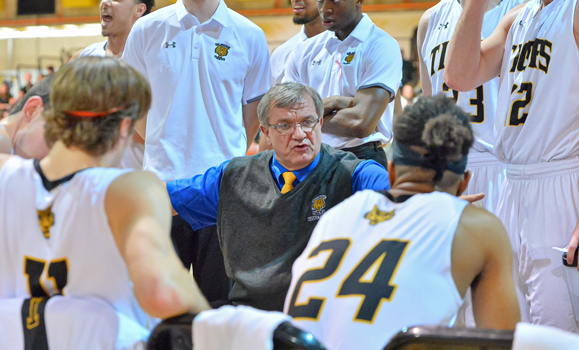 FEMALE ROOKIE OF THE YEAR 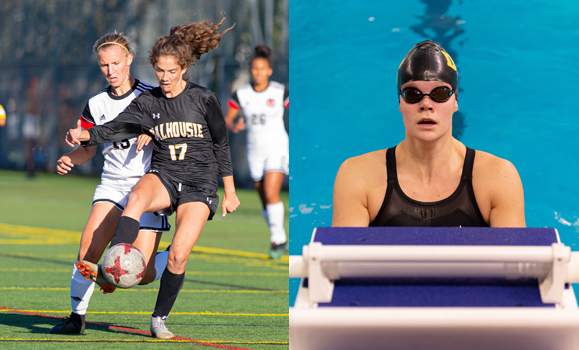 Morgan Leon was a consistent player for the women’s soccer team in her first season. She played in all 12 regular season games, starting in 10 of them. A 90-minute player, she had 12 shots on net and earned an assist this year. She was a force to be reckoned with in the midfield and was the catalyst for many of the Tigers goals. Morgan was named to the U SPORTS All-Rookie Team in recognition of an outstanding season.

MALE ROOKIE OF THE YEAR 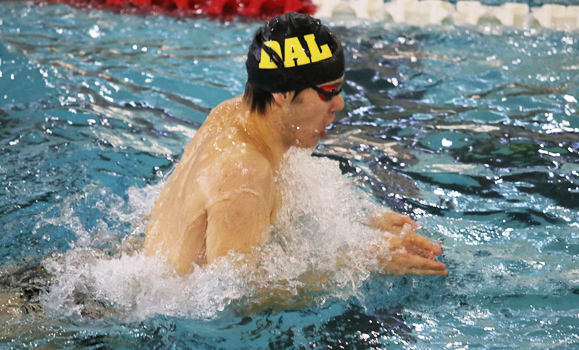 Evan had a great first season with the Tigers men’s swim team. An attentive and conscientious student-athlete, he won a gold medal in the 200m breaststroke at the AUS championships this year. He also earned silvers in the 200m IM and as a member of the 4x100m medley relay team and a bronze in the 50m backstroke. An AUS all-star, he posted DAL all-time Top 10 swims in the 50m, 100m and 200m breaststroke events.

Below you’ll find more of this past season’s Tigers award winners. You can read profiles of all the winners by checking out tweets from this past week from @DalTigers.