Shamar Burrows takes it to the rim. (Greg Mason photos, except team photo via Dal Athletics)

In their first appearance in a U SPORTS final in program history, the Dalhousie Tigers men’s basketball team took on the Carleton Ravens for the title of national champion Sunday night (March 8). In clawing their way to their best-ever finish, regardless of the final game’s outcome, the Tigers were set to run into Canada’s basketball dynasty: a Carleton team who coming into the game had won 14 out of the last 17 U Sports Final 8 championships.

The Tigers gave it their all, at one point holding a 12-point lead — but a re-energized Ravens team clawed away at that lead throughout the second half, and the Tigers just couldn’t hold on. In the end, the Ravens took home the gold medal with a 74-65 win.

The Tigers started the game with a bang as Keevan Veinot (Port Williams, NS) found Sascha Kappos (Miami, FL) down low for a two-handed slam to open the scoring. The Tigers offensive rebounding kept continuous pressure on the attacking end, picking up seven in the first quarter to help give them extra possessions and an early lead.

Isiah Osborne (Windsor, ON) was a one-man show in the first quarter for the Ravens, however, starting the game on a six-point run by himself to hold off the early Tigers attack, but at the end of the first quarter, the Tigers still held a 15-13 lead. 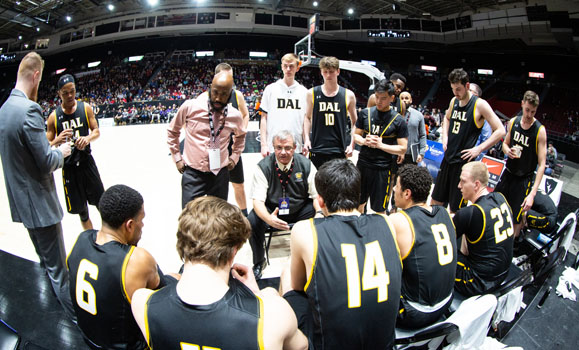 The deep shooting style of the Ravens was not paying off for them in the second quarter with their percentage dipping below 15% at 2-14, and the Tigers took advantage.

Sparked by another big alley-oop lob to Kappos, Keevan Veinot was able to knock down a tough pull-up jumper and a deep three to give his team an eight-point lead. The Tigers held the Ravens to just 11 points in the quarter. Both teams were cold from the field in the back end of the half, but with less than three seconds on the clock, Kappos crossed half and fired up a three from just inside the line that was perfect to beat the buzzer and give the Tigers a 36-24 lead at the break.

Trying to hold back the comeback

The Ravens started the second half with explosive energy, forcing each possession into the paint, and being rewarded for their aggression with tough baskets and trips to the line for Biniam Ghebrekidan (Aylmer, QC). The Tigers offence was struggling with turnover issues in the third, but they were kept in it with timely threes from Alex Carson (Lower Sackville, NS) to hang on to their gradually slipping lead.

Attempting just one three-pointer in the quarter, the Ravens shooting percentage drastically improved with their time spent at the rim and the Tigers lead was cut to just 4 at 54-50 at the end of the third quarter.

The pace quickened in the fourth to the liking of the Ravens offence, continuing to drive the ball in transition without much opposition at the rim. 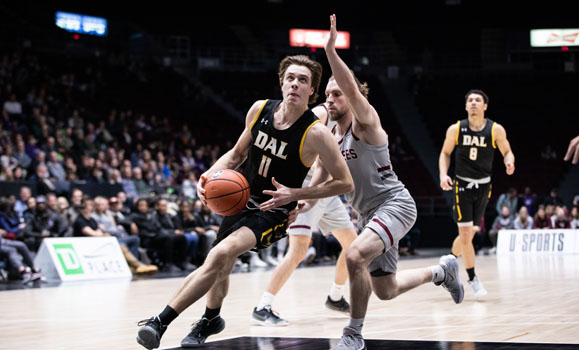 As both teams traded buckets throughout the quarter, the Ravens finally managed to take a small lead that traded sides consistently into the final minutes where Munis Tutu (Windsor, ON) knocked down a huge three-pointer to take a lead of three with 1:17 left.

On a missed attempt from Kappos, Ghebrekidan was able to put home a tip-in on the rebound through contact on the other end for a dagger “and-one” play.

Forcing the Tigers to play the foul game, the Ravens were able to close it out with a 74-65 win the claim their 15th national championship title in the last 18 years.

Alex Carson finished with a game-high 20 points for the Tigers, 12 of them from deep, while Keevan Veinot supported with 11 points, nine rebounds and six assists. Both were named to the U SPORTS championship all-star team. Biniam Ghebrekidan led the attack for the Ravens, finishing with 19 points and 11 rebounds for the double-double, but it was the points off the bench from Isiah Osborne and Alain Louis (Montreal, QC) with 13 and 12 points respectively to keep their team in the game in the first half when outside shots weren’t falling.

Though it was a hard loss, the Tigers can hold their heads high as they finish their season with a national silver medal — the best finish in program history. 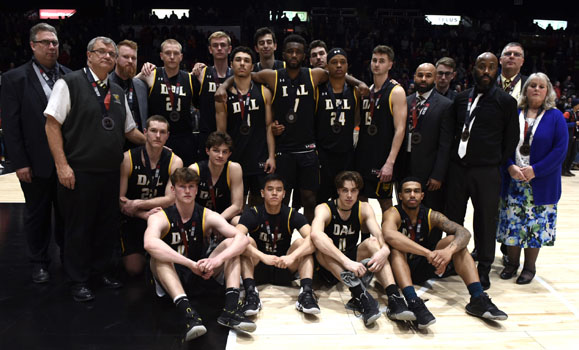