“About 100 people attended,” says Toze. “We were thrilled that alumni for each decade were present. We celebrated our first graduates, and honoured Professors Bertrum MacDonald and Fiona Black, who are retiring.” 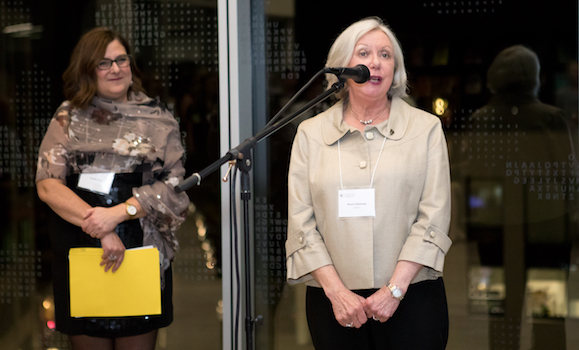 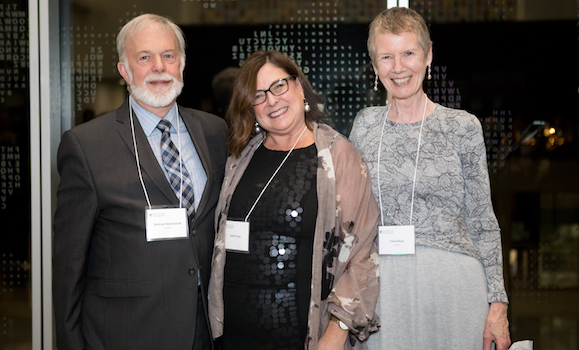 David McDonald (MLIS’99), Legislative Librarian at the Nova Scotia Legislative Library and past-president of SIM Associated Alumni collected stories to share during the cocktail reception. These included a legendary encounter between faculty member and young adult literature expert Dorothy Broderick and the Provincial Librarian of New Brunswick, wherein she is alleged to have punched him so hard in the nose he fell off his bar stool. 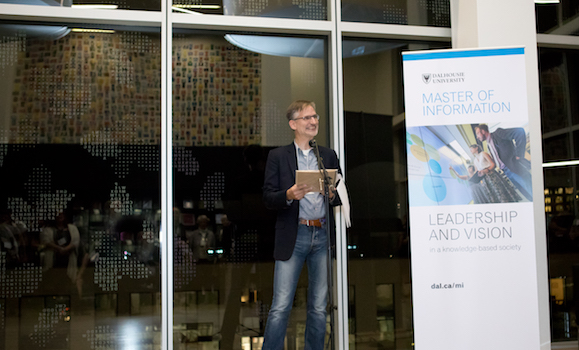 Student assistant Robyn Nicholson (MI’20) has been helping with the preparations for SIM 50. “It’s been a special time to be completing this degree,” she says. “It’s helped put my own degree and my prospective career in context with the last half century of the field. Some of the materials I was looking at in the archives were from the first year of the program. A lot of the values they outlined, like focusing on the Atlantic region while still being dynamic, are still maintained today.”